We are using cookies to give a better service experience. By using our services you agree to use cookies. Read more
Accept
Reject
search
Search
clear
/en/articles/the-new-learning-environments-you-need-to-know-about
https://cdn.hundred.org/uploads/article/cover_image/451/wide_Saunalahti__SCOOL.jpg
article

The New Learning Environments You Need to Know About

Alternative learning environments are popping up all over the globe, rebelling against the formal classroom setting that has dominated since standardized education began.

Some go so far as to reject the whole notion of school, such as this school in New Zealand which favours a historic hunter-gatherer style day routine, with maths and literacy coming in afterwards as and when the children want to learn academic pursuits.

Want to know about more alternative learning environments? We’ve selected some of the most inspiring examples from around the globe…

The Sapling Academy uses a school’s greenhouse as a means to teach students about environmental issues, sustainable development, and entrepreneurial skills. Students take care of the school’s plants and animals, and sell and market any produce they make. 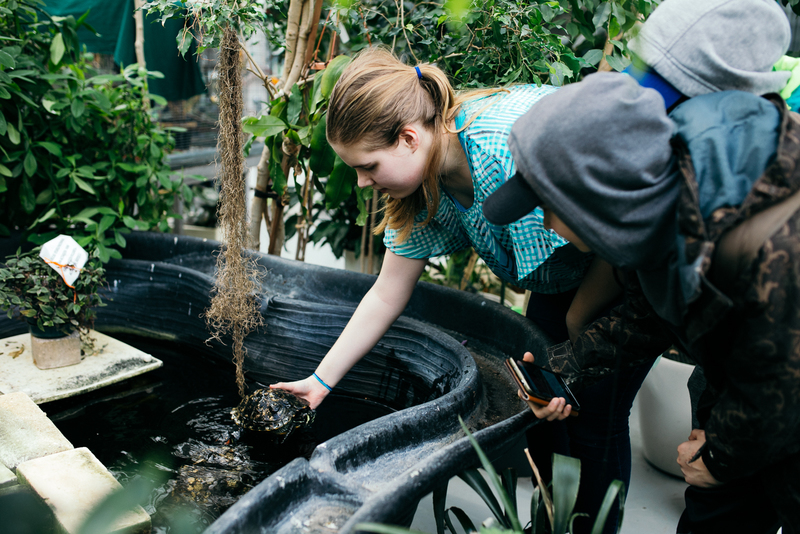 The Gaming Room - the ultimate opposite of the New Zealand school - is a project which harnesses children’s technological pastimes into educational tools. This school has created a room where children can play their way to learning.

How about making use of a city’s resources? Education Cities partners schools with industries to help real-world learning come to life, which helps young people decide which direction they’d like their life to go in after school. Similarly we’re following a project in Finland which uses a city’s theatre as a learning environment – putting drama lessons in a real-life atmosphere.

What about transforming school buildings into more holistic, playful places to be? Fuji Kindergarten does just that. The school has hardly any walls favouring an open environment where children can flow from classroom to classroom. Barriers between inside and out are also broken, and children are encouraged to explore and learn through play. (We wrote a whole blog post about Fuji Kindergarten here.)

Feeling even more ambitious? How about taking to the high seas! The School on a Sailboat is travelling the world, collaborating with schools all round the world whilst developing and promoting personalized learning formats. The three children on board with their parents have a digital school prototype and will experiment with learning-to-learn methods along with the use of technology, such as tablets, in education.

Bringing Theater into the Classroom
This innovation describes three different ways for teachers to introduce methods from drama-based pe
Fuji Kindergarten
To remove boundaries between the indoors and outdoors Fuji kindergarten has turned its school roof i
Plant Academy
Plant Academy is a model for environmental and entrepreneurial education. Learning occurs in and thr
Sail For Good
School on a sailboat is a flexible model of individual learning and promotes phenomenon-based learni
Education Cities
In a rapidly changing world that moves from the pyramid paradigm to the network paradigm, the primar
Media

Nature vs Tech - The Battle For The New Classroom
Why do we still force children to sit in rows facing the whiteboard, when few of us believe this act
Is This The Best Kindergarten In The World?
Fuji Kindergarten was showcased by the OECD as one of the best school buildings in the world and we’
Another Way To Be #Authentic
Just when you thought there couldn’t possibly be another way to be #authentic, whether that be in yo
RECOMMENDED FOR YOU
article
Something Wholly Unexpected Is Happening In Cambodia – The School That Turns Teenagers Into Change-Makers
In Cambodia something wholly unexpected and inspirational is happening. The Liger Learning Academy takes children from rural provinces, where they might not even know about anything outside their real
Learning Environments Project Based Learning Real World Learning
View
article
The Movement Edit: 9 Ways To Get Kids Active In School
Children today are worryingly unfit and experts say sedentary lifestyles have a lot to answer for. The good news is there are so many opportunities to incorporate movement into the school day. We've p
Dance Learning Environments Mental Health Nature Physical Health
View
article
Growing Young Minds: 3 Innovations That Put Nature At The Core Of Learning
Contemporary learning environments aren’t just focused on the latest iPad or how to utilize virtual reality for learning, they’re actually increasingly nature orientated too. Here are three innovation
Learning Environments Mental Health Nature Sustainability
View
article
The Missing Ingredient In Education? Curiosity.
If we make room for young people’s individual curiosities, notice and nurture them, we can make learning a natural experience. It's time to buck the old-age phrase 'curiosity killed the cat' and embra
Nature Real World Learning
View
Load more