How can the power of play improve a child’s educational outcomes? 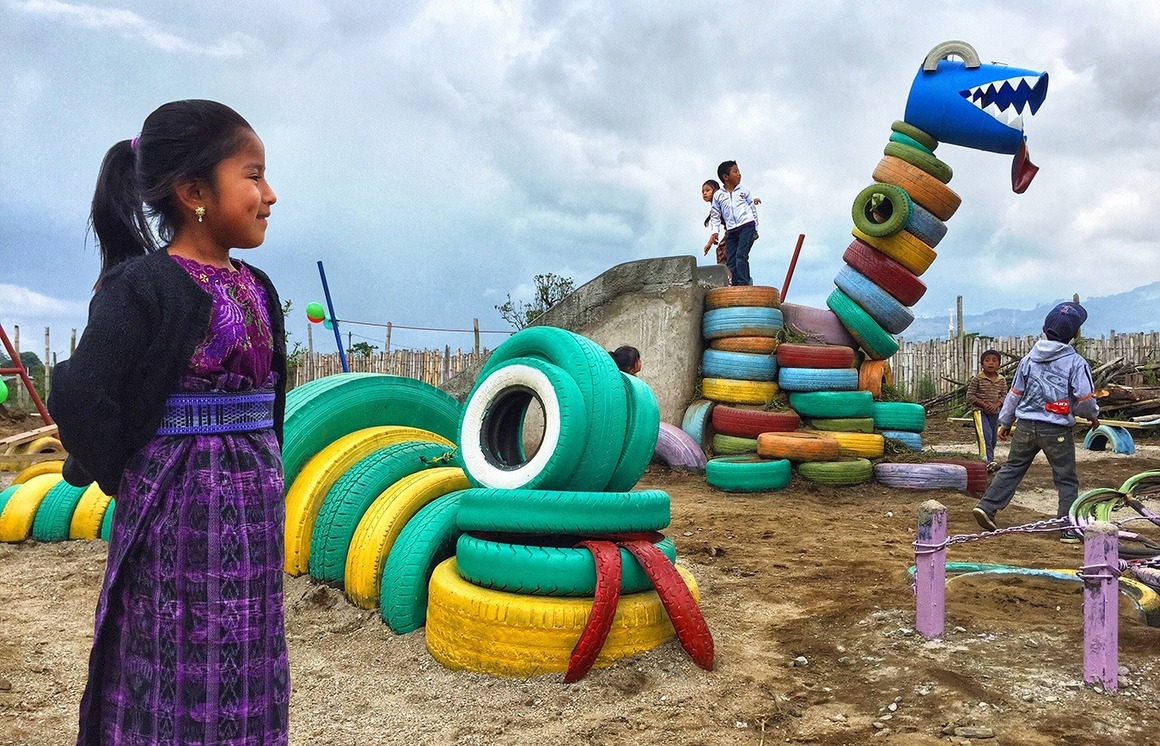 Countries
Organisation
Not-for-profit
Target group
All
Updated
November 22nd, 2022
Anyone anywhere can do it - if you have motivation and commitment you can build a playground for children anywhere in the world

What is Playground Ideas?

More than just a nice way for children to pass the time, play has an incredibly important role in a child’s development. Self-directed play has many positive effects on the body and brain. Gross motor skills are developed and improved along with social skills, risk awareness, self control and creative thinking for problem solving. There is evidence to suggest that if children miss out on this early stimulation there are long term negative consequences.

However, in many countries possibilities for play are limited. This may be due to the nature of the education system or the lack of opportunity and space for play. The UN predicts that 250 million children will turn 5 years old without reaching full development potential. Many of these children are from lower to middle income families in developing countries.

Playground Ideas provides downloadable ideas, plans and manuals free of charge to empower communities to build their own playgrounds. There are over 150 design ideas all of which can be adapted for different age groups. A 3D design tool enables the design of a completely bespoke playground to suit local needs.

The playgrounds are made with materials that are readily and cheaply available rather than specially designed playground equipment. For example, tyres can be used in many ways to build a variety of activities such as swings and seesaws or to build a sandpit for sensory play. Included in the guides are also ideas for sparking imaginative role play by building a shop front, for example.

The guides come with step by step instructions on how to build each aspect of a playground along with safety information for each piece of equipment. There are also manuals to support the design of inclusive playground spaces so all children can benefit from the playground. Playground Ideas is committed to play-based education and also provides information for educators on how to develop this pedagogy.

Despite studies that show that stimulating play in the early years of a child’s life can improve life chances considerably, for some governments and communities this is somewhat counter intuitive and can present a barrier to play provision. Advocacy of the importance of play has become a central part of the work of Playground Ideas.

While the playgrounds are low cost, a certain level of outlay is inevitable. In order to support local communities to raise the funds required to build their own playgrounds, Playground Ideas offers a fee-free crowdfunding service.

Founder of Playground Ideas, Marcus Veerman, was named as one of the top 100 Global Public Interest Designers.

As of February 2020, Playground Ideas has supported play spaces in more than 4000 communities, in over 143 countried, impacting more than 2 million children.

Playground Ideas is a not for profit that provides downloadable ideas, plans and manuals free of charge to empower communities to build their own playgrounds. By open sourcing all of the materials, Playground Ideas has leveraged a global community of thousands to impact almost a million children with a staff team of less than three. So far there have been DIY playground projects in 125 countries!

HundrED Academy Reviews
Very cool. Their overall approach is scalable and seems accessible and supported by training and support for acquiring funding.
Learning by doing and playing together with other children has many positive effects on the body and brain. Gross motor skills are developed and improved along with social skills, risk awareness, How can the power of play improve self control and creative thinking for problem solving.
- Academy member
Academy review results
High Impact
Low Scalability
High Impact
High Scalability
Low Impact
Low Scalability
Low Impact
High Scalability
Read more about our selection process

Hey Educators! This is the Award Winning Nüdel Kart.
The Nüdel Kart was designed to perfectly pair with a child’s unstoppable urge to explore, experiment, imagine and play, to create the perfect environment for a child to dramatically increase their capacity.So what is it?Nüdel Kart is a mobile play and learning space, a kart that explodes into more than 200 different research backed loose parts, that children can explore and experiment with in endless ways. How does it work?Nüdel Kart has taken the concepts and principles of loose parts and refined them to create a powerful combination of elements proven to work together to maximise an endless array of activities. The nature of loose parts play encourages imagination, creativity, and experimentation. Specific design features of the kart encourage collaboration, communication, resilience and negotiation. Is it proven?Nüdel Kart has been designed, prototyped and trialed in some of the most divergent contexts for children on earth, from crowded, desperate refugee camps to exclusive western private schools. The Nüdel Kart is advised by longitudinal research from Cambridge, Harvard and the University of Sydney, currently running a 17 year trial providing and observing how children interact with different materials.
HundrED Victoria Spotlight - Playground Ideas
https://www.youtube.com/watch?v=r488DrvnffA&amp;feature=youtu.be
Drag Drop Playground Designer - Playground Ideas
https://www.youtube.com/watch?v=fGseGTislCw
The Story of a Slide A Saurus Rex
https://www.youtube.com/watch?v=CvtRvevzUio
PLAYGROUND IDEAS - How Ana Built the Coolest DIY Playground
https://www.youtube.com/watch?v=wA37-4NtX8Y
PLAYGROUND IDEAS - Build a playground, anywhere.
https://youtu.be/UXZ0qDSkkFw
Playground Ideas - Marcus Veerman
https://www.youtube.com/watch?time_continue=199&amp;v=wLHnJEXPKgI

Do your research!
Visit www.playgroundideas.org to find out why play is crucial to a child's life chances.

If you're interested in building a playground, you probably already understand how important play is to childhood development. But did you know that access to early childhood play can have long term effects, such as boosting high school graduation by 44% and even increasing the chance of earning a bachelor degree by 17%?

Browse the website and make sure to read The Case for Play, Playground Ideas’ groundbreaking report highlighting the most significant research findings on the impact of early play interventions, particularly for children living in poverty.

Create a free account
Create a free account on the Playground Ideas website which will then provide you with free access to all resources, including over 150 designs, instructions, manuals on designing, building, safety, maintenance, inclusive design and loose parts, a 3D designer and much more.

By creating an account, you'll be able to download over 150 playground designs, made to inspire creative, imaginative, active and social play. Each design comes complete with full DIY instructions and incorporates low-cost, recycled and easy to find materials like used car tires, timber and sand. No specialized skills are required and the pictorial instructions mean anyone can use the guides regardless of language, plus the designs are customizable to your location and materials.

Talk to the community about what they are already doing well and understand what you are planning to achieve together. Use the activities to gather the information necessary to create a space that is unique and relevant to the community, and take an inventory of community assets.

Find your favourite designs and add them in, using the 3D designer to create a to-scale 3D professional site plan for your playground in minutes. Based on your community consultation, create a project that suits your community's needs and desires and keep checking back in with your community about it.

Build that playground!
Use the online manuals and designs to create your play space. Gather materials and volunteers and get building!

The Playground Ideas website has all the resources you will need, and the team is available to guide you through any issues you might have along the way.

On the website, you can create a crowdfunding page, where you can collect fee free donations for your project as well as advertise for volunteers. You can also collaborate with other playground builders in your region to learn handy tips and tricks. Remember to update your supporters as your project develops!

How To Guide: Playground Ideas

An Overall How-To Guide: By HundrED Spotlight on Victoria

Finland 100
Youth Work at Schools
This plan of action will bring school and youth services closer together. The aim is to foster a sense of community, enable participation, and facilitate early intervention.
location_on Rovaniemi, Finland 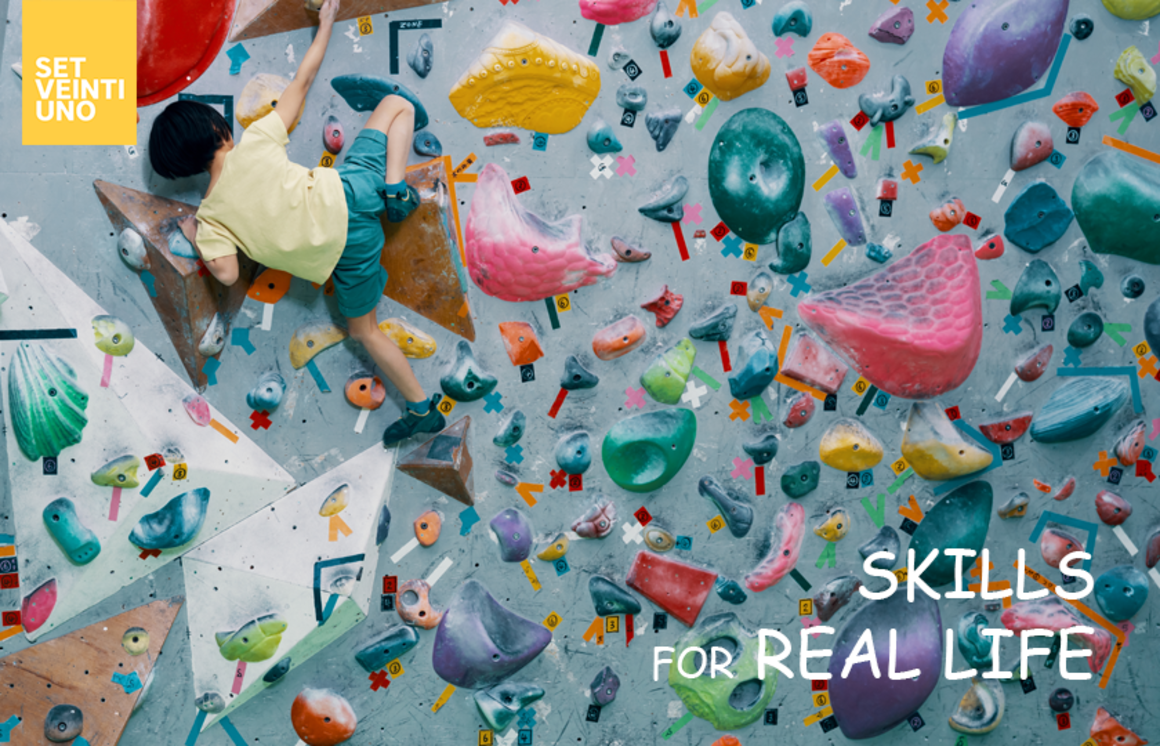