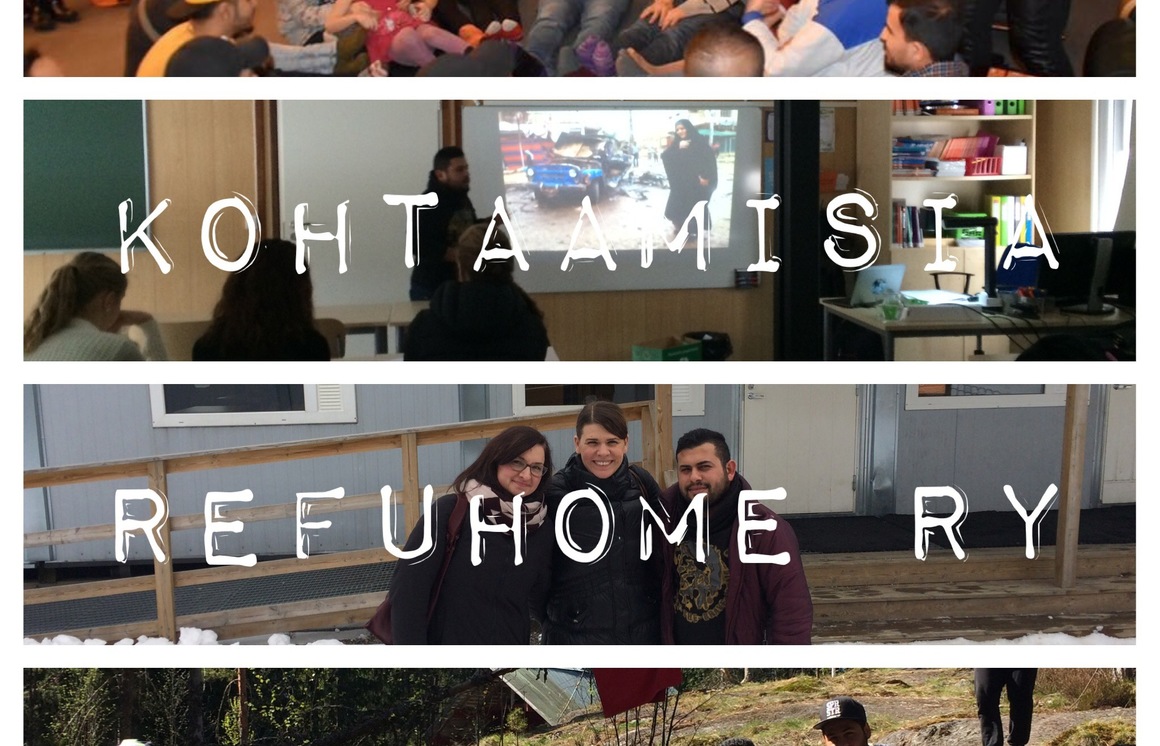 A model for exchanging thoughts between asylum seekers and students

location_on Helsinki, Finland
During Encounters students will get to know the stories of asylum seekers as told by the asylum seekers themselves. The goal is to increase dialogue in society. The lesson also teaches students the importance and value of volunteering to help the refugee situation.
Asylum seekers, Educational Equity, Justice, Parity, prejudices, Racism, Refugees, Volunteering
English | Suomi
The best way to remove fear and prejudice is for people from different backgrounds to meet each other face to face.

A teacher who tried out the innovation

There are more refugees around the world than ever before, which has caused the numbers of asylum seekers around the world to grow. This understandably raises questions and suspicion, which schools need to be able to address in a way that promotes dialogue. Encounters is a method that has proven effective.

Encounters is a three lesson unit designed for secondary schools. Its long-term goal is to promote dialogue in society by introducing young people to the stories of refugees.

The students get to know the story of an asylum seeker as told by the asylum seeker themselves, learn about the value of volunteer work, and the ways one person can make a difference. Additionally, the encounters between youth and asylum seekers create discussion about attitudes in society and how everyone can affect them with their own actions.

Encounters helps both students and teachers see human life from a new perspective. Surveys of participants reveal that Encounters has changed student perceptions about asylum seekers and motivates students to find a way they can volunteer to help.

Encounters was created by the Refuhome organisation, which was founded in September 2015 when the parish of Lauttasaari gave emergency accommodation to 120 asylum seekers. The first Encounter was held in Spring 2016, when a teacher felt that racist ideas were gaining a foothold at their school. The teacher asked a volunteer and an asylum seeker to visit the school to talk about their experiences. The word about the impact of the event spread to other schools and they tried it out as well.

Students get to know a difficult topic in a safe environment, that is relevant to today’s world.

Understanding refugees and the causes and people behind the phenomenon.

The current refugee situation affects several countries and is a recurring issue throughout history, so will affect all nations at different points. Hearing the stories of asylum seekers is eye-opening for many students.

01
Discussing the refugee phenomenon beforehand
It’s best to prepare students for the visit by showing them up-to-date statistics and talking about the refugee situation around the world.
Read more
02
Inviting an asylum seeker and a volunteer
The face-to-face meeting between youth and asylum seekers is the key to success for Encounters.
Read more
03
Collecting questions from the class
Ask the class beforehand to think of questions that interest them, like the life of asylum seekers or volunteer work.
Read more
04
Setting the date and time for the Encounter
In planning the Encounter, make sure to reserve enough time for the lesson.
Read more
05
Student exercise
The point of the exercise is to bring the asylum seeker’s story to life. The exercises can be done at the end of the Encounter or during the next class.
Read more