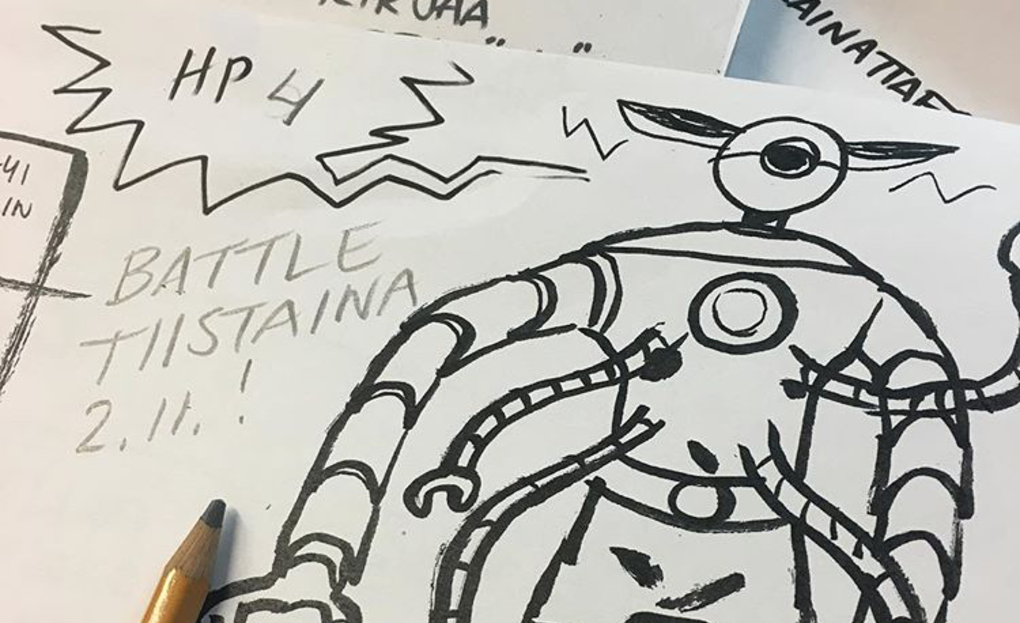 Helsinki, Finland
The innovation takes a holistic approach to game based learning. Adding game elements into teaching in any subject gives students the opportunity to influence their own learning in an inspirational way.
Adventure pedagogy, Communication skills, Gamification, gamifying, Motivation, Teamwork
Introduction

“I had a lot of experimental ideas in my mind, but above all, how gamification could increase students' school motivation.”

Adventure pedagogy has a positive impact on education, for example by sparking interest, creating feelings of communality and increasing activity.

The role of the teacher is to lead the game. The teacher needs to think about what is being gamified in teaching, to take make a clear structure for the instruction, guide students and make sure that common rules are being followed.

Gamifying motivates students to learn. The teacher organizes instruction so that a prerequisite for doing well in the game is learning. The students have clear goals, which they will aim to achieve during the game. The tasks in the game can be solved with, for example, the help of a textbook and student assessment is done based on the game.

The students are also allowed to be creative and use their imagination for problem solving in the game. Playing is often communal, and team play can be made a prerequisite for doing well in the game. Different roles can be assigned to the students, which enables flexible distribution of work within a group, and each one has the opportunity to choose a role that is appropriate considering their own strengths.

This model of adventure pedagogy has been trialed at the Poikkilaakso Elementary School in 2013 and in the Vallila Elementary School for the first time in 2014. The teacher felt that they had reached a dead end in their work and began to wonder how gamification could increase school motivation for students. How could students actually influence their studies? How could the subjects be linked to the students' everyday life? And in what ways could study skills be practiced?

The teacher had a lot of experimental ideas in mind and started to develop ideas in which students’ learning progress could be followed in the same way as characters in a game. The teacher became acquainted with adventure pedagogy, which soon began to feel like a good approach.

The innovation makes it easy to add fun-filled elements to traditional learning content.

Gamification can be widely applied to different learning content, so the innovation can be implemented regardless of which curriculum is in use.

01
Consider what it is you want to gamify
Game elements can be added into different lessons. It is easier for a teacher to add gaming techniques to just a small part of the lessons at first. "Keep it simple" is a good rule of thumb. Starting small is a good idea.
Read more
02
Tell a story and challenge the students to play as a team
Gamification can begin by challenging students to study by playing against a common opposition.
Read more
03
Make the goals clear
Present the goals clearly to the students. It is important to highlight what is being learned and what is being assessed.
Read more
04
Keep score
Write down the students’ scores so they can continue the game.
Read more
05
Get ready for the next challenge
The game can be developed further. The points needed to overtake the robots can grow bringing different levels to the game.
Read more
More education innovations