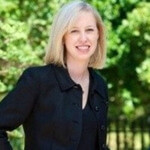 We provide a second chance at education to children who have been denied the opportunity to go to school.

Ethiopia
Since 2011, Speed School has worked in partnership with Ethiopian NGOs to enable 113,000 children to get a second chance at education. Over 90% of the children who start our program transition successfully to their local village school. Graduates of our program complete primary school at twice the rate of their peers.
Accelerated Learning, Child-Centered, IDP, Joyful Learning, Out-of-School Children, Play-Based Learning, Refugees
Introduction

What is Speed School?

“I love the games and songs, and the reading and writing activities. I am happy to be in this class because it makes school fun.”

Mary, a 9-year-old from Liberia who enrolled in Speed School

Worldwide there are 125 million children who miss out on basic education. Often excluded due to conflict, poverty, or discrimination, these children are at risk of being forgotten or ignored as they are assumed to be uneducable.

Speed School aims to change community and global mindsets so that it becomes unacceptable for any child to be denied an education. Luminos programs provide tangible evidence that _every_ child can learn, and work to deliver rich education in the poorest corners of the world.

Working in countries with the highest rates of out-of-school children, Speed Schools provide an accelerated learning program that condenses three years of basic education into just 10 months. Having caught up with their peers, children are able to re-enter mainstream education at 4th grade and join the local village schools with children their own age.

Speed Schools focus on a tight timeframe that complements and works alongside government schools rather than establishing a parallel system. Working closely with the national agencies of each country, the program is customized for each national context.

The program empowers teachers to teach in a radically new way compared with traditional local schools. Speed School classrooms blend child-centric pedagogy as well as activity-based and play-based learning methods to ensure children not only grasp the minimum learning competencies but also develop a positive experience towards learning.

By hiring local individuals to teach in classrooms, Speed Schools also have a positive impact on communities. Teachers have a minimum of a Grade 10 qualification. Speed School teachers undergo intensive training to enable them to teach using play-based education and other engaging learning techniques.

The long-term impact of the Speed School program is significant. Speed Schools have enabled 113,000 students to re-enter mainstream education, and University of Sussex evaluation has shown that graduates of the program complete primary school at twice the rate of their peers.

01
Engage local government and stakeholders
Speed School collaborates with regional education authorities on a variety of matters including identifying communities where the classes will operate and, at times, identifying classroom space.
Read more
02
Identify Local Implementing Partner(s) (IPs)
Local IPs are Speed School’s close collaborators and help identify the communities in which classes will operate.
Read more
03
Identify qualifying communities
Work with local IPs and local government to identify appropriate communities.
Read more
04
Identify and recruit out-of-school children
Speed School programs work with three groups of out-of-school children: (1) children who have never attended school; (2) students who have dropped out of school before acquiring the basic learning competencies; and (3) children who have had their education disrupted by conflict or displacement.
Read more
05
Acquire classroom space
Speed School classes may be housed in an unused room at the link school, a local house of worship, or a building donated to the program by a member of the community.
Read more
06
Refine Speed School curriculum
Speed School condenses the official national curricula for Grades 1-3 into an intensive 10-month program broken into three phases corresponding to the three grade levels.
Read more
07
Recruit and train teachers to lead classes
Speed School recruits individuals from the local community who have completed, at a minimum, Grade 10 to teach in the classes.
Read more
08
Teach class
Speed School classes are in session for 7-8 hours per day, typically 5 days per week.
Read more
09
Engage parents and guardians
Speed School organizes Parental Engagement Groups (PEGs) within each community to support retention within the program and, eventually, in government schools. PEGs help parents and guardians join a network of support and, if they have been displaced, integrate into the community.
Read more
10
Monitor and evaluate (M&E)
Monitoring and evaluation are essential to manage and grow a Speed School program successfully.
Read more
Show more
More education innovations

innovation
Remake Learning
Since 2007, Remake Learning members have been working together to ignite more engaging, relevant, and equitable learning opportunities for young people navigating rapi...
Professional Development
innovation
MyMachine
MyMachine is a unique collaboration of 3 educational levels co-creating their own 'dream machines': 1) Primary schoolchildren invent a 'machine' (an IDEA) 2) whi...
innovation
Initiative for Peace
An initiative to train young people to become peace-builders, with the aim of facilitating peace conferences for youth from areas of conflict or post-conflict, ultimat...
Empathy, Equity, Global Citizenship