play_arrow
Want to provide young people with a safe space to talk about difficult things?

location_on United Kingdom
MeeToo increases resilience by giving young people the tools to help themselves, and each other. The app is safe because all posts and replies are checked by human moderators before they go live, and in-house counsellors provide extra support if it is needed. The app also includes a directory that is packed with useful resources and links to third party support.
App, Compassion, Digital tools, Education, Mental Health, Peer-to-Peer, Resilience, Student Health 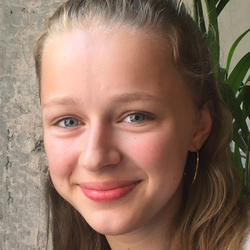 I didn’t feel I could tell my friends about my panic attacks. But with MeeTwo, within a few hours of posting you get several replies from people who might say, ‘Yes, I have that same thing, here’s what I try.’ You get help with your problem, but you also get to help others by replying to their problems, which makes you feel better too.

Adolescence can be a time of immense physical, social and emotional change. Many teenagers can feel overwhelmed; as many as 1 in 10 young people struggle with severe anxiety.  Stigma around mental health, coupled with a strong desire to ‘fit in’, means that many teenagers ignore or internalize psychological distress until it reaches crisis point. When young people realize that they need help, it can be difficult for them to know where to go and who they can trust to provide safe support.  That's where MeeToo can help.

Meetoo is an app which provides an early intervention support solution to the problem of stress and anxiety in young people.  The app was created by a psychologist and an educational technologist in collaboration with teenagers from schools in England. The young people involved wanted a discrete,  ‘easy to access’ service on their phones, that was as quick and simple to use as social media platforms such as twitter.

Peer support is at the core of the app. Users can ask any question, but a 300 character limit demands focus. Other users can reply with advice or ideas, or click the ‘MeeToo’ button to say that they share the same problems. This reassures young people that they are not alone. Young people are also able to submit artwork, longer written pieces or photography to express their feelings.

The app is inclusive. Anonymity means young people do not have to worry about how they look or sound when they are seeking or giving help. The virtual nature of an app is proving to be useful for teenagers experiencing social isolation, social anxiety and those who are unable or reluctant to seek help from teachers and parents. Users of the app who have special needs such as aspergers/autism report that the app quells feelings of social isolation, and allows them to engage with other young people at their own pace. They find that the freedom to take their time posting is useful.

Safeguarding is a top priority and everything is pre-moderated to ensure that nothing goes live on the app without first being checked. Users who are identified as being at risk of harm are directed to specialist support. Many young people are worried about bullies or trolls on social media. Since all content on MeeToo is pre-moderated, there is no harassment or bullying, and users state that they feel safer and more confident to share very personal issues.

Built-in feedback ensures that when a post or reply is rejected by a moderator, the user is given a reason why. If, for example, the comment is offensive, the post won’t go live and the user will be asked to re-write the post. No other app educates users about appropriate communication and how to interact in a constructive way on social media. Experts monitor conversations between users and if they feel that additional support is required they can join the conversation, clarify information and signpost to professional help.

MeeToo is used by over 43,000 young people, 2500 schools, featured on the NHS Apps Library and endorsed by CAMHS. MeeToo will represent British social enterprise at the next world fair EXPO2021. Since 2017 MeeToo has been recognised every year as one of the 100 most inspiring innovations in education by HundrED. In 2019 MeeToo won the Tech4Good Awards for Connected Society and the People's Choice award for a campaign to create better learning resources for boys who self-harm and the Medtech innovation award and Mayor of London's Business award for Social impact.

In 2018 MeeToo crowdfunded the publication of the MeeTwo Teenage Mental Help Handbook. In 2019, the Handbook won the British Medical Association’s 2019 ‘Health and Social Care’ Book Of The Year Award and has been distributed free to over 2,000 secondary schools.

Since the 2020 COVID-19 crisis, the MeeToo app has seen posting rates increase by 50% and has rapidly grown to support over 43,000 young people in the UK and beyond. The escalation in posts and demand for help during this time has demonstrated an urgent need for more immediate access to a broader range of support options.

In response, the MeeToo app has launched the MeeTwo Directory, an amazing new feature which provides young people with immediate access to a comprehensive list of safe, quality assured self-help resources. The directory includes 24/7 crisis support, specialist helplines and support groups, motivational YouTube videos and inspirational Ted Talks, the apps that really help and the books and products that are actually useful. The directory also includes personal stories which reveal the issues young people have struggled with and how they have managed to overcome them. The directory can be personalised by topic and is tailored according to a young person’s needs, age and location.

I find the idea of MeeTwo original and innovative, it's an application that provides an early intervention support solution to the problem of stress and anxiety in young people. I think that the work on psychological support for young people is very important. That's why I congratulate them.

This app has a clear and scalable focus, that is addressing a serious area of need. I really like this innovation, and want to share it with more people to get more young people on board!

01
Identify student advocates
Find a small group of students who would be willing to become expert users and advocates for MeeTwo. They should download and use MeeTwo for a few weeks before the general roll-out.
Read more
02
Spark an interest
MeeTwo can supply posters, presentations and films for assemblies and handouts to give to students.
Read more
03
Spread the word
Use your student advocates to spread the word and build confidence in the use of MeeTwo.
Read more
04
Empower staff and students
Train staff to run workshops. MeeTwo has designed a workshop to teach young people how to recognise the early signs of stress and anxiety and how to seek support.
Read more