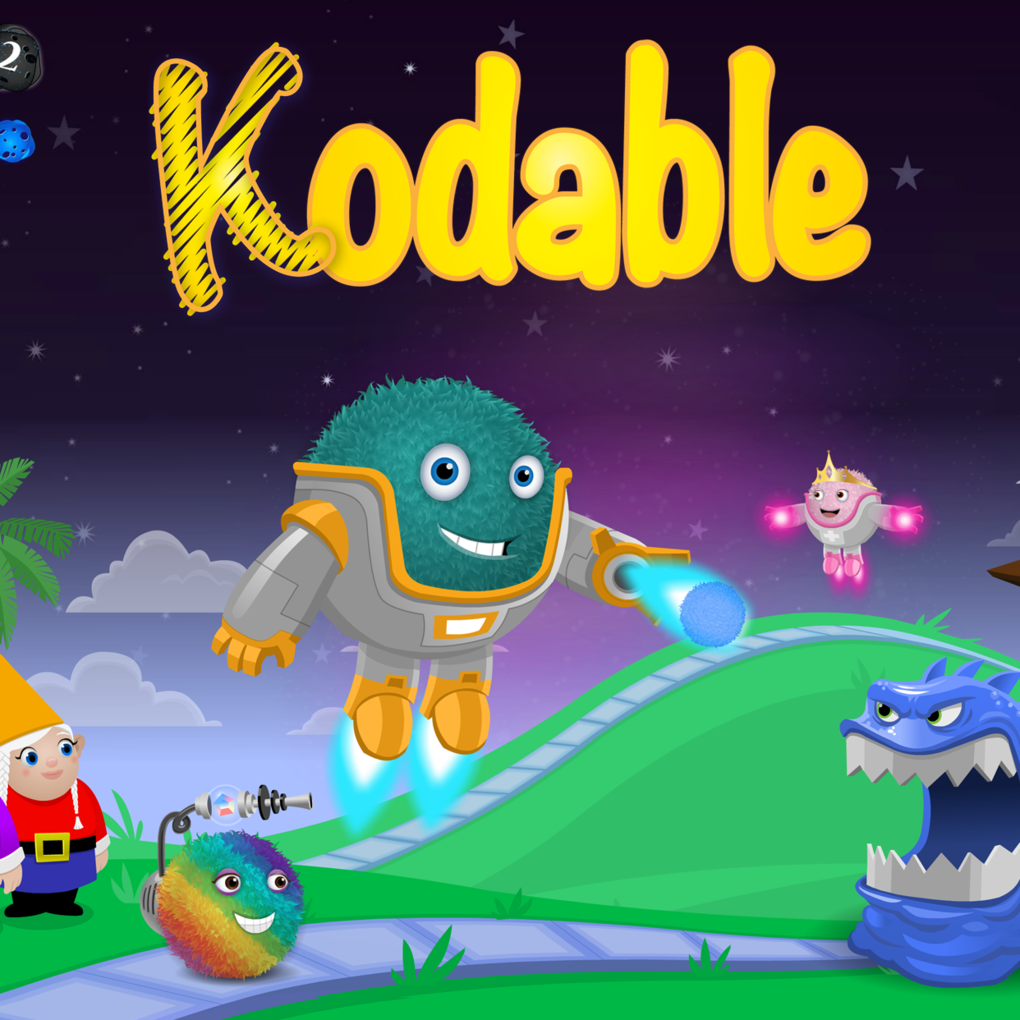 Sunnyvale, CA
Kodable is an award-winning coding curriculum for kids ages 4-10. Trusted by over 50% of US Elementary Schools and parents in 190+ countries, it teaches kids everything they need to know about computer science. It also provides a complete "out of the box" Computer Science curriculum to schools so teachers can feel confident teaching without any programming experience required.
Education
Introduction

Kodable teaches kids to code before they can read

Kodable teaches kids the fundamentals of computer science - logical thinking and problem solving - from the age of 4. In fact, kids as young as 18 months old have used and enjoyed Kodable!

Kodable is designed to touch every part of a child’s life from their home to their classroom. We’ve developed a complete, scaffolded curriculum that teachers can use with their students without any previous computer science knowledge. They have everything they need, from scripted lesson plans, to a full scope and sequence, and even “unplugged” lessons that require no computer to use. In fact, two thirds of Kodable’s curriculum can be used without access to a computer at all.

In addition to the curriculum for teachers, Kodable includes a game for kids to play at home and at school. Filled with fuzzy characters that kids absolutely adore, we’ve created an entire universe that not only draws kids in, but makes them eager to explore. Accessible on virtually any modern device, Kodable guides kids through logical puzzles and challenges them with new concepts as they grow. Over time, kids are taken from learning how to think like a programmer in pre-k and kindergarten, to gradually transitioning to reading and writing code.

Learning about computer science early in life increases the likelihood that a student will continue and, more importantly, succeed in a STEM field. Kodable aims to increase the opportunity for all kids to have a bright future in the digital age by giving them an equal opportunity to learn about computer science at a very young age. With Kodable, we help put all students on a level playing field for the rest of their educational careers.

The world is in desperate need of more computer programmers. But even more importantly, the children of today are going to grow up in a world filled with computers and jobs that require the ability to use and control them. Their ability is going to be crucial to their success. However, this isn't a skill that can be easily learned later in life - it must be done from an early age, when a child's brain is still learning how to think.

Traditionally, this type of computer science education hasn't been accessible to most children, especially kids from minority and at risk communities. Most students will only get the chance to learn about CS at school, However many schools don’t teach it. The lack of access is visible in today’s STEM graduate numbers. Currently, only 1 out of 7 engineers are women, and minority students make up less than 18% of STEM graduates. The number of schools teaching CS has grown from 10% to 35% in the past 5 years, but they’re starting too late.

Learning about computer science early in life increases the likelihood that a student will succeed in a STEM field, making them more likely to continue later in life.

Read more ›
Innovation Overview
ALL
Target Group
20 000 000
Children/Users
1
Country
2012
Established
For-profit
Organisation
120
Views
Focus areas
Education
Tips for implementation
Kodable is designed from the ground up to be accessible to any teacher, parent or child without any programming experience required. Using our grab-and-go curriculum, teachers and parents can get started teaching their kids to code with Kodable in less than twenty minutes from signing up..
Contact information
J
Jon Mattingly
Milestones