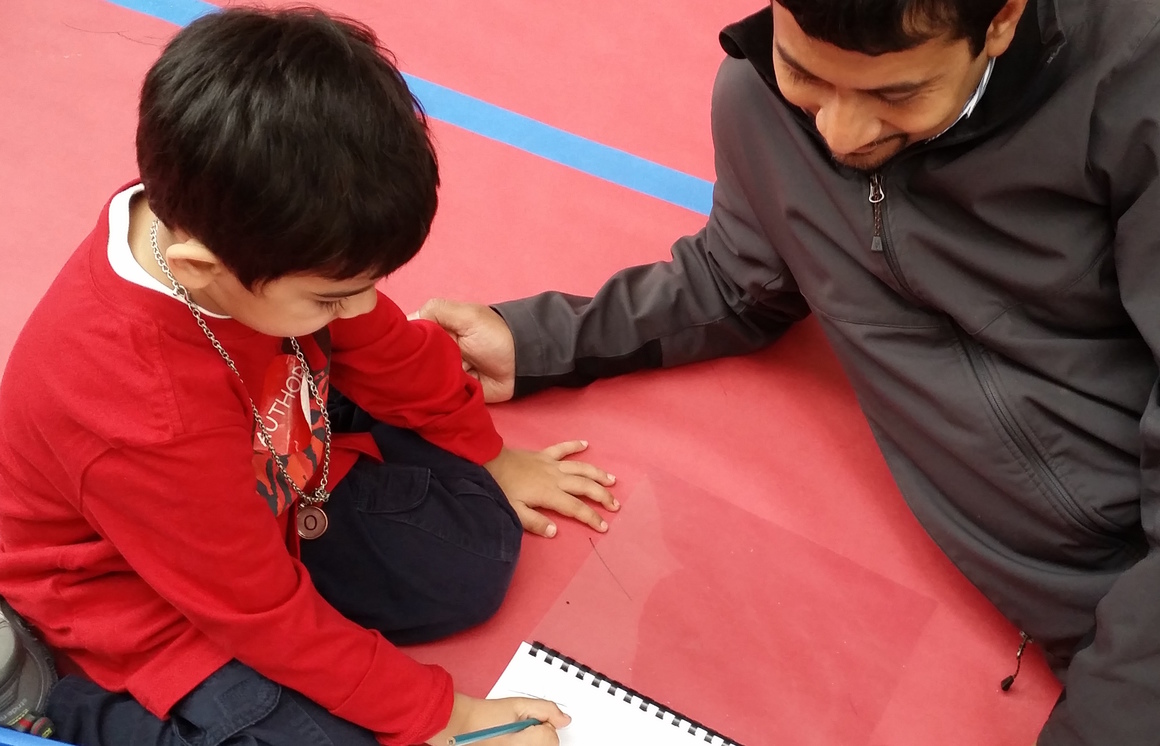 How can we foster a sense of civic agency among young learners?

The Washington, D.C. metropolitan area — namely, the nation’s capital and surrounding suburbs in Northern Virginia and Maryland — comprises some of the most affluent and most impoverished neighborhoods in the country. Divides exist along many lines: socioeconomic, racial, linguistic, cultural, and more. While local governments have attempted to raise the quality of life for all, including providing universal early childhood education starting at age 3 in D.C., these divides have persisted. The quality of schools overall — and of early childhood education in particular — varies greatly across the region. Questions that have no easy answers serve as a reminder that we have much more work to do in order to create a just and equitable world for everyone — work that includes high-quality education for every child.

Children Are Citizens grew out of a larger network of educators called D.C.-Project Zero, or DCPZ. Begun in 2012, DCPZ is made up of more than 2,200 local educators in the Washington, D.C. region who are interested in exploring pedagogical frameworks, tools, and strategies developed at Project Zero, a research group located at the Harvard University Graduate School of Education. Under the auspices of the Professional Development Collaborative at Washington International School, DCPZ offers a free, open-to-all professional development workshop series during the academic year; hosts a week-long summer institute for local educators; and organizes a number of grant-funded professional development projects, including Children Are Citizens, that focus on specialized research from Project Zero.

All of these initiatives aim to bring together educators from varied sectors (traditional public, public charter, independent, and religiously-affiliated schools, as well as early childhood centers and informal learning spaces such as museums) to explore and practice Project Zero ideas.

For Children Are Citizens, early childhood and early elementary school teachers partner with local cultural institutions as a way to develop and enrich a curriculum focused on children’s ideas about making their city a better place. The teachers attend professional development seminars throughout the year focused on supporting their projects. They document student thinking and learning, refine their questioning and listening skills, and bring children's work to the seminars to discuss with their peers. The project also provides them with a mentor, who visits their classroom and supports their development.

Most of the Children Are Citizens classrooms have been in schools that serve a majority of children coming from impoverished circumstances. The project also has supported classrooms with a high percentage of children with special learning needs. Premised on the idea that all children have theories about their city and can contribute to making it better, Children Are Citizens provides the structure and support system that enables teachers to enact a child-centered curriculum and to share the outcomes with colleagues and families in the form of an annual exhibition and a published book. Children Are Citizens highlights the rich diversity of families, lived experiences, and ideas in the greater Washington, D.C. area.

Early childhood classrooms taking part in Children Are Citizens have embarked on varied projects that aim to make their communities a better place, such as “spreading happiness” to strangers they encounter; petitioning to have a tree replaced near their school; and developing and enacting plans to reduce, reuse, and recycle at school and home. Others have explored people and places in their neighborhood in order to build community bonds. For example, one group of three-year-olds in a bilingual classroom explored the "little libraries" around their school and created imaginative stories around them. Another group of young learners became fascinated by the new tramway system in their part of town and created a guide for other children that highlighted what might interest them along each stop. For another project, several classes across different grade levels in one school researched a mural in their neighborhood that featured three famous historical figures, along the way meeting with the mural's creator, learning about the historical figures' accomplishments, and setting aspirations for themselves.