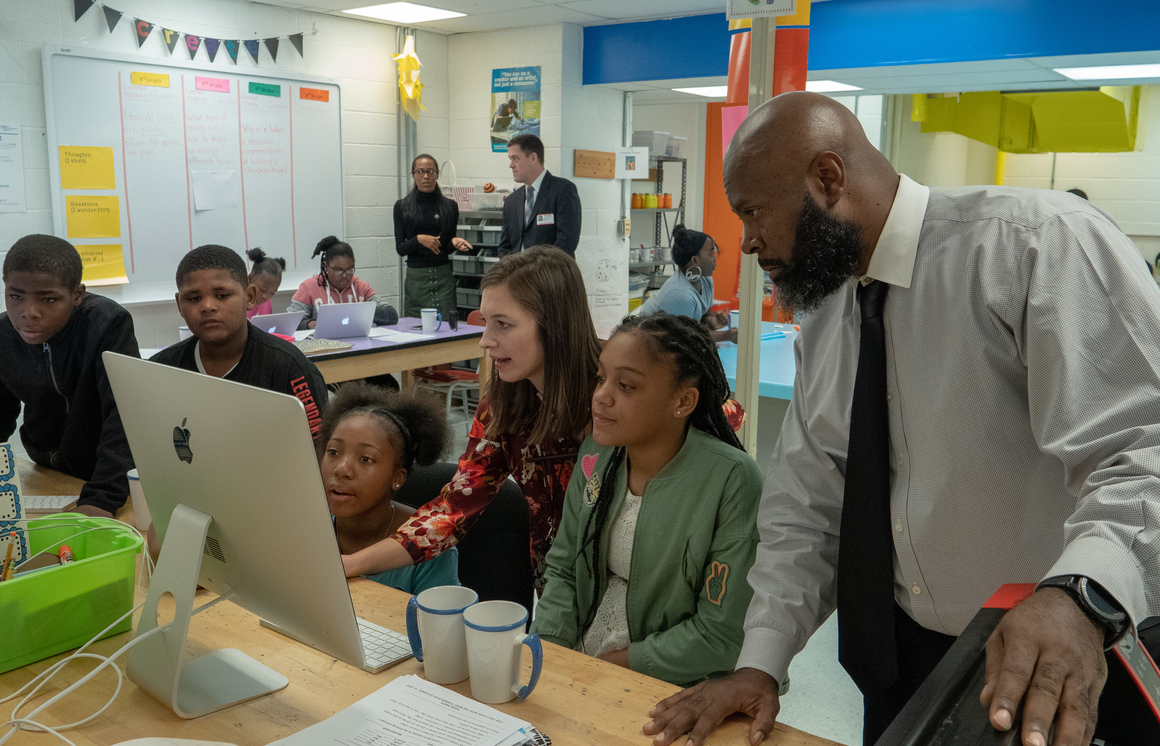 play_arrow
Duquesne Elementary School has transformed its building to meet the needs of its students in grades PreK-6.

location_on Duquesne, United States
The Duquesne Elementary School (DES) has repurposed many classrooms to meet the changing needs of students in grades PreK-6. Over the past few years, DES has repurposed multiple rooms in the 106 year old building and we now have two maker spaces, a library media center and a coding and robotics lab for students to further their technology use in the classroom and apply it to real life.
Girls in STEM, Innovation, Low Income, Makerspace, School Registration
Our building began to take on a different look when we started to paint the walls a different color than the boring old white that they had been for probably 100 + years.

Duquesne Elementary School (DES) is transforming its school for students in grades PreK-6.  We started by painting the walls different colors and allowing teachers to use flexible seating in their classrooms and in the common spaces of the building.  Multiple grants from Donors Choose, the Grable Foundation, the Pittsburgh Penguins Foundation and PNC Bank have supported this work.

The Duquesne City School District (DCSD) is located in Duquesne, Pennsylvania which has a population of 5,534 residents in its 1.92 square miles (2016). The median household income for the residents of the Duquesne community is $21,495 as compared to $55,000 nationally and the median household value is $36,000 as compared to $184,000 nationally (2016). More than 40 percent of residents live in poverty. This is nearly three times the national average of 14 percent.

Despite these challenges, DES has continued to thrive, specifically in the areas of STEAM and maker learning. Over the past four years, DES has repurposed storage rooms, closets and older classrooms to create two maker spaces, a media center and a coding and robotics classroom .