We are using cookies to give a better service experience. By using our services you agree to use cookies. Read more
Accept
Reject
search
Search
clear
/en/articles/hundred-chairman-creative-director-saku-tuominen-s-incredible-visit-to-speed-school
https://cdn.hundred.org/uploads/article/cover_image/1407/wide_Speed_School_2.jpg
article

In June last year, Saku Tuominen (Chairman & Creative Director) took a trip to Ethiopia in order to study Speed School, an initiative of the Luminos Fund, which has been part of every HundrED Global Collection so far. Find out his key takeaways from this memorable trip!

What is the essence of Speed School?

Worldwide there are 125 million children who miss out on basic education, who are often excluded due to conflict, poverty, or discrimination. These children are at risk of being forgotten or ignored as they are assumed to be uneducable.

Since 2011, Speed School has worked in partnership with Ethiopian NGOs to enable 113,000 children to get a second chance at education. It is aimed at children who are out of the official education system for one reason or another. Some have dropped out, some have never started.

The goal of Speed School is to get them back. The Luminos Fund’s Speed School initiative is an accelerated learning programme that condenses three years of basic education into just 10 months.. Having caught up with their peers, children are able to re-enter mainstream education in the 4th grade and join the local village schools with children their own age.

Speed Schools focus on a condensed time frame that complements and works alongside government schools—rather than establishing a parallel system. Working closely with the national agencies of each country, the programme is customised for each national context.

Over 90% of the children who have started the programme transition successfully to their local village school. And not only that—graduates of their programme complete primary school at twice the rate of their peers.

On our week-long trip, we visited three Speed Schools in different parts of Ethiopia. What was obvious and impressive in all of them was not only the inspirational work that the Speed Schools are doing, but how they integrate parents and the whole community into the effort to make change happen for these children. If adults don’t deeply understand the value of education, the risk of going back to the old status quo increases. This is the reason why Speed School aims to change the mindset of the whole community (especially parents), so that it becomes unacceptable for any child to be denied an education.

(2) close co-operation with them,

(3) and a long-term perspective. The goal of Speed School is not to compete with the official system but to help them. Both parties have a win-win approach in supporting each other.

It is no wonder that Speed School also works outside of Ethiopia; for example, The Luminos Fund has served thousands of children in Liberia and have worked with partner organisations in implementing in 300 Ugandan classrooms. However, with over 100 million children outside of the education system, this is just the beginning. The need and potential, as well as the urgency is obvious.

Speed School is a perfect example of a HundrED innovation. It is extremely impactful and highly scalable. It is strongly formatted, consisting not only of the school but also incorporating the community element. Moreover, it can be modified to fit perfectly within the local culture.

To understand the reality and challenges in scaling education innovations in Ethiopia, we also visited the Ministry of Education in Addis Ababa and discussed Speed School from their perspective.

What were the key insights from the visit?

First of all optimism. We left Ethiopia convinced that it is possible to solve wicked, complex problems in education with impactful and scalable innovations. However, it does not happen overnight and very seldom does it happen in a viral way. You need to have a proof of concept, then formatise it well. You need to work hard to spread it and have people implement it daily, and if possible, be in close co-operation with the government. Most likely, local adaptations may be needed.

Our mission at HundrED is to help Speed School and other innovations like them increase their impact and scale. Find out more about Speed School by visiting their innovation page here. 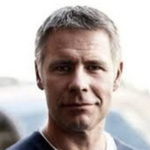 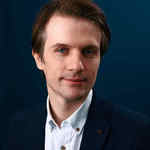