We are using cookies to give a better service experience. By using our services you agree to use cookies. Read more
Accept
Reject
/en/articles/how-young-changemakers-in-brazil-are-taking-the-future-into-their-own-hands
https://hundred-cdn.s3.amazonaws.com/uploads/article/cover_image/1513/wide_united.jpg
article

All around the world young people are implementing changes with the main goal to improve today's education and tomorrow’s society. Through different kinds of initiatives, the new generation’s voice has conquered its space and demonstrated that young people, with their innovative ideas and, will power, are not only the leaders of tomorrow but also of today.

Deeply involved in building a better local educational scenario, a group of Brazilian changemakers is motivated to reduce the inequalities present in their city. Offering an alternative and effective educational experience for all young people.

The Model United Nations, also known as MUN, has been gaining a lot of attention in the last few years. Uniting students all around the world with the common goal to increase understanding of international relations and diplomacy, this kind of event usually occurs in schools and universities, encouraging the gain of abilities such as critical thinking, problem-solving, communication, among many others.

Unfortunately, in Brazil, these activities take place mainly in private schools. Consequently, the majority of students do not have access to experiences like that. To get around this situation, in Nova Friburgo, Rio de Janeiro, a group of young leaders came together to create a MUN accessible to all.

“The idea to create ModeNF (Diplomatic Model of Nova Friburgo) started when we realized that the diplomatic simulations were spreading naturally, with good student adherence, but with the main public restricted to private students. Seeing that a MUN would hardly appear organically in a public school in the city, we united some students with experience in these events and decided to create a project with a wider scope, to include both public and private schools”

The group was able to unite forces with political representations around the city and recently, they approved a bill. This accomplishment determined that the government will support the event every year through physical and financial resources. Ensuring that all students aged between 14 and 21 years old have the opportunity to learn about different subjects through debates and a variety of short courses offered by the city and states universities.

The bill was structured with the help of Professor Pierre, a city councilman. The goal was to create legal funding to ModeNF, granting its execution and facilitating the use of public spaces when necessary. Including a MUN in the legislative text was an innovation at the national level, and it can incentivize other cities to adopt similar practices that encourage horizontal teaching.

By involving the government directly in the diffusion of alternative educational tools they hope to reach many young people who can exercise different skills and learn more interactively.

“As in any other diplomatic model, we aim to have reached by the end of the project a high-level debate, with innovative and grounded ideas. But the main objective of ModeNF is to disseminate alternative ways of education, in order to make students more active figures in knowledge construction.”

While having a conversation with the creators and participants of the project, many of them pointed out the importance that these simulations presented in their education.

“The MUNs allow students to immerse themselves in the functioning of the various multilateral organizations, bringing knowledge about the relations between countries. They also provide the development of public speaking, self-confidence, and deepening in specific historical thematics”

Vinicius also emphasized how organizing projects like this contributes to the continuous gain of different skills.

“Assisting in these events has provided me an immeasurable personal growth. First, through the expansion of my knowledge about international relationships but, mainly, with the ability to organize and develop teamwork.”

“I can use a lot of past experiences in this process of coordinating the simulation. Being able to solve problems together have been showing me a lot of different realities that I did not experience before. Besides that, it has been great to be in contact with politics.”

It is inspiring to see youth taking the lead and making effective changes that contribute to the education of several other students. But what makes a young person a changemaker?

According to Giulia “Different youths, from all areas of knowledge and with various personalities are part of movements of change. I think the characteristics they have in common are the willingness to make a difference, and the energy to make it happen.”

The example set by this group of students shows us that young people can start movements that impact the lives of citizens. Being involved in politics and standing for their desires, they were able to create an effective solution to the inequalities observed daily. Together, youth and other generations can represent the necessary force for the transformation of education around the world. 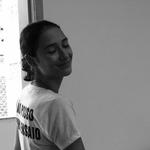 Alice Machado
Hy, my name is Alice and I'm from Brazil. I believe that through education we can make the world a better place :)

“Young people, with their innovative ideas and, will power, are not only the leaders of tomorrow but also of today.”
Innovations

Every girl a Changemaker Lead Change in Your School Culture Be the Change: Empathy and Mindset for Civics Learning
Media