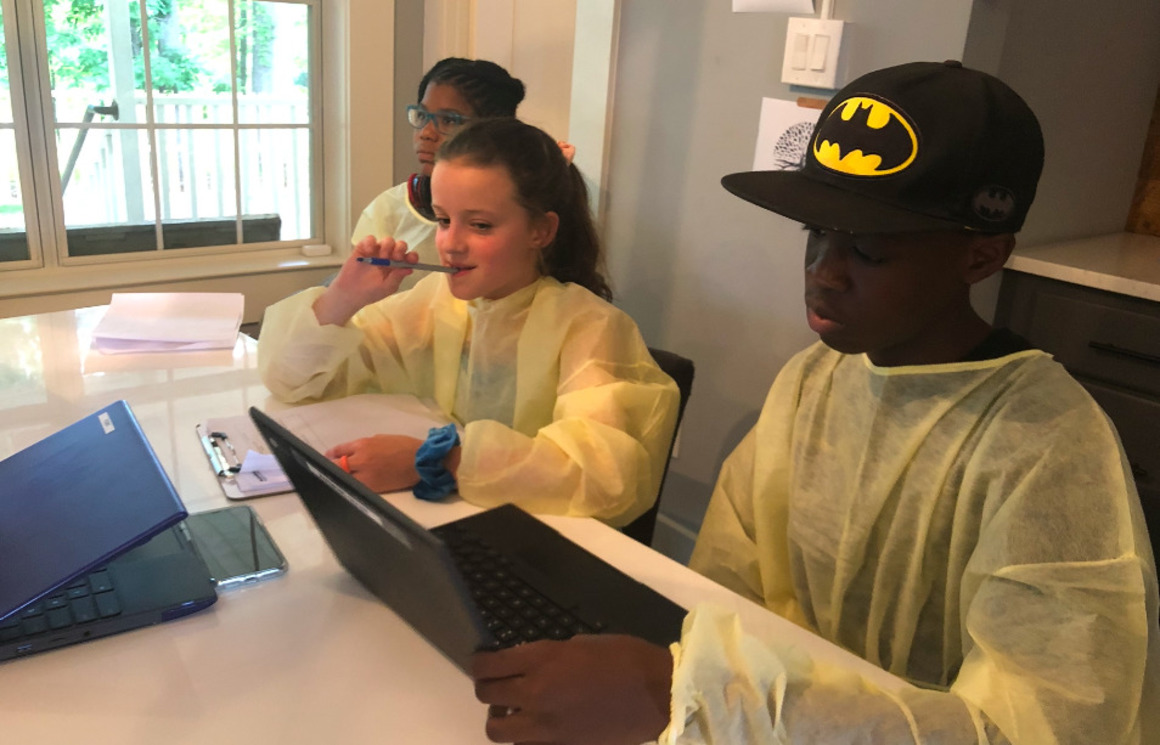 Quests are real-world projects to master 21st-century skills. Each Quest includes a series of challenges bound by a compelling narrative.

Quests are real-world projects to master 21st-century skills. Usually lasting four- to six-weeks, each Quest includes a series of challenges bound by a compelling narrative and is designed to deliver 21st century skills while simultaneously incorporating traditional topics like science, social studies, and history.

The team at The Forest School has developed an effective, replicable process for planning and implementing engaging Quests.

Ingredients of a Successful Quest

Exhibition: A great Quest starts with a powerful Exhibition as the goal. For example, in the "World-Changing Speech Quest," learners know on day one that during their Exhibition they will stand on stage for six minutes in front of their family and friends to deliver a speech.

Real-world skills: Quests focus on real-world skills, rather than memorizing facts for a test. For example, in the "Medical Biology Quest," learners diagnose diseases and interpret MRIs and X-Rays. At the Exhibition, learners test these skills on their families in a simulation.

Narrative and motivation: Learners play a real-life hero at a critical moment in history, solving a problem about which learners care deeply. For example, in the "Electricity Quest," learners develop patents for new electrical devices in Thomas Edison’s Menlo Park lab.

Real-world measurement: A Quest should have some way to measure and track outcomes, in a way that mirrors as closely as possible the real world. For example, in the "Bridge Building Quest," learners measure weight supported by the bridge vs. cost to build in order to determine a winner.

Expert valuation: Gone are the days when professionals visit schools to talk about their jobs. Instead, we invite high performing professionals and experts to come to our campus to provide real-world feedback on the work and projects of our learners. What better way to ensure our learners (and Guides) understand 21st century real-world demands?

Learner-led: A Guide may play a role setting the stage and facilitating discussion to launch each day and then call for Lessons Learned, but learners are largely on their own to navigate the challenges of the Quest. For example, in the "Detective Chemistry Quest," Guides leave clues for learners to then solve a crime on their own, using forensic science.

At The Forest School, when creating Quests we draw heavily on: the incredible Quests designed by the Acton Academy network of schools; Buck Institute for Education; the PennPBL Framework; the approaches of Iowa Big and Mount Vernon Presbyterian School.
Media

Acton Children's Business Fair
The culmination of our Entrepreneurship Quest for learners ages 6 through 14 was a Children's Business Fair! You can watch the video here.
Real World Learning in Week One—Experts in Design
Design the Studio Quest
How might we improve access to healthcare for rural Georgians? A Quest
The Healthcare Quest
The Immigration Quest
The Immigration Quest
Introducing the Medical Quest!
The Medical Quest
Show all