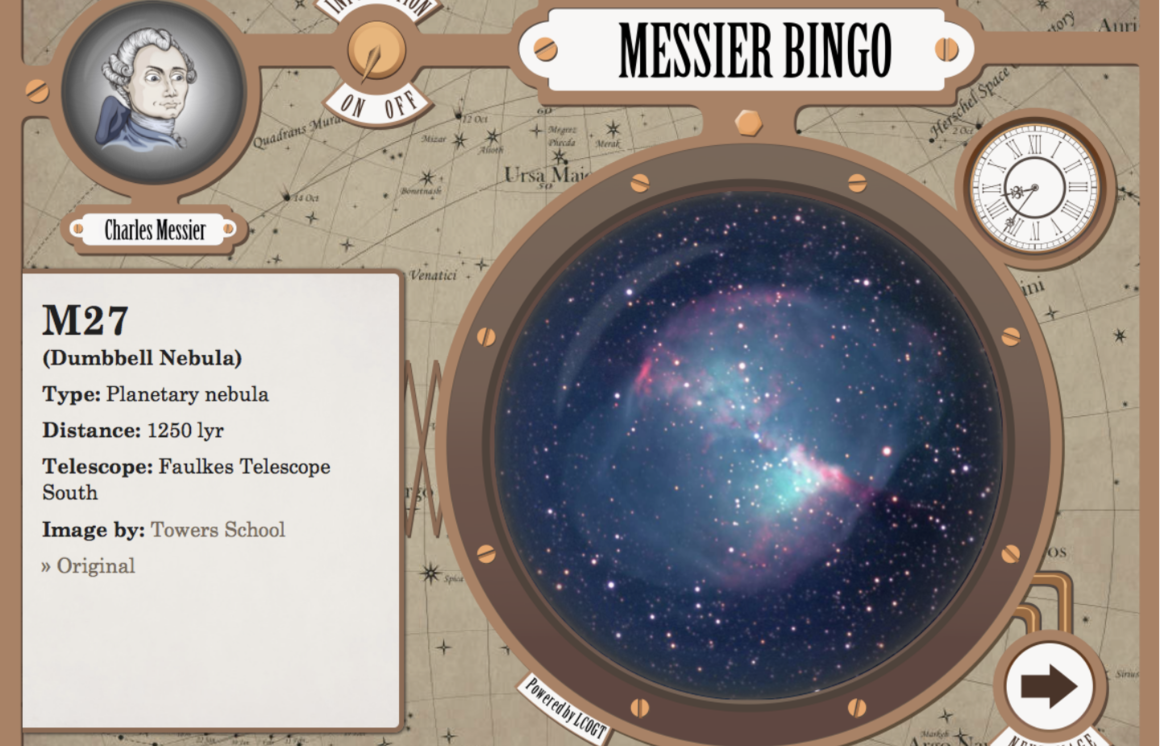 Play a fun game of bingo and learn about the many wonders of the cosmos!

Play Bingo with objects in the Messier catalogue. Find out about different types of object in the night sky and have fun! You just need to download the Bingo Cards and have an internet connection.
Classroom, Gamification, Science, Space, Web application
The Messier Bingo is a fun way to introduce some of the most common and visually impressive cosmic objects including star clusters, nebulae and galaxies.

Anyone can submit their innovation to HundrED Open. All information on this page is provided by the innovator and has not been checked by HundrED. Innovation page has been created on December 7th, 2018
Key figures

What is Messier Bingo?

Charles Messier lived in Paris in the 18th century. He wanted to become famous by discovering comets. When he looked through his telescope he often re-discovered objects which were already known and were not comets. So he didn't waste time, each time he found an object that did not move in the sky he catalogued it.

There are 110 objects in the catalogue. Messier Bingo is game that showcases these objects, and maybe even helps you to learn the difference between the different types.

The bingo tombola generates random images of objects from the Messier Bingo catalogye for you to play the game with, simulating a traditional bingo tombola. All of the images you see in this game have been taken with the Las Cumbres Observatory telescope network, most of them by schools.

The images are shown in a random order and are not taken out of circulation once they have been played, more people can join the game once it has started and you can play multiple times.

01
Introduce some cosmic objects
Use the slides we've provided to introduce star clusters, nebulae and galaxies.
Read more
02
Give every player a bingo card
Download the 30 bingo cards and print one for each player
Read more
03
Play a game of Messier Bingo
Open our bingo tombola and play a game of bingo. First person to get every object on their sheet wins!
Read more