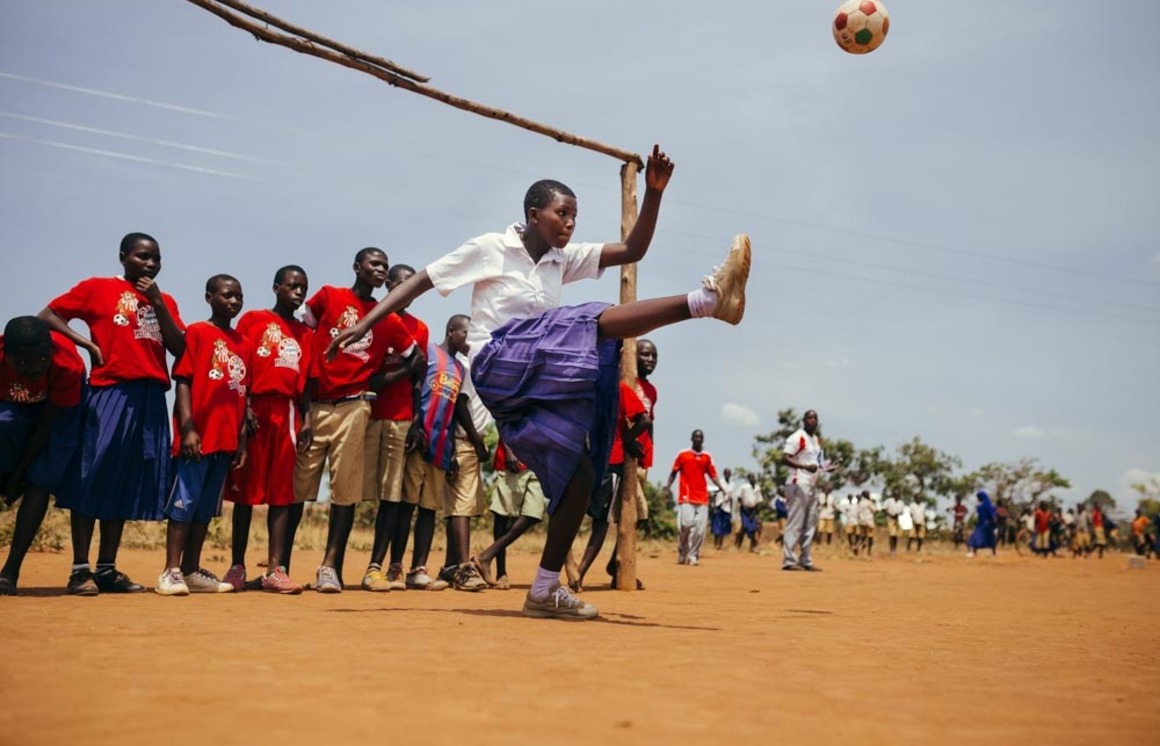 play_arrow
We use sport as a tool to work on better health, education and gender equality for school children in Tanzania.

location_on Tanzania
We developed a special sports program that teaches school children in Tanzania Life Skills through games. Through playing these games children learn about serious topics like HIV/ Aids and gender equality in a playful way.
Charity, Community, Education, Life Skills, School, Sports, Teacher Training
I am very happy because I like sports and Jambo Bukoba is using sports as a tool to make sure all children in Kagera Region are empowered and have equal opportunities towards life aspects!

Nkamba, 13 years, participant in the "Life Skills Through Games" program

Anyone can submit their innovation to HundrED Open. All information on this page is provided by the innovator and has not been checked by HundrED. Innovation page has been created by Amelie Kozica on May 20th, 2019
Key figures

What is Jambo Bukoba e.V.?

Jambo Bukoba e.V. is a non-profit organisation with teams in Munich and Tanzania that fights for better health, education and gender equality for school children in Tanzania. It was founded in 2008 by Clemens Mulokozi, who is a tanzanian/ german social entrepeneur. He has been both living in Tanzania and Germany. After pursuing a career in the bank segment, he soon realised that his true passion is helping to improve the future of the youth in his second home country.

Just like Nelson Mandela, we believe in the power of sports! Therefore, we designed a sports program in form of a manual that teachers in tanzanian primary schools can use. These manuals are not just provided for the teachers, we also invite them to take part in our workshops where they learn how to play and implement the games in PE lesson. Through sports games children can learn life skills such as trust, teamwork, fair play, communication, equality and much more. More importantly, sport is a great tool to inform about serious topics like HIV/ Aids and gender equality. Unfortunately, HIV/Aids is a tremendous problem in Tanzania, 1.4 Million tanzanian men and women (aged 15-64) are infected. Still it is a topic that is neither often talked about nor are people informed properly. On top of it, women are still not on an equal footing with men, although they are equal on the law. Therefore, it is particularly important to implement both topics in the children´s curriculum.

The schools also have the possibility to take part in so called Bonanzas (swahili; english: sports competition) where they can compete in the games they have learned before. The first and second place of the Bonanza wins a school building project of their choice, for example the renovation/ building of classrooms or toilets. That way the children and teachers really have an incentive for playing the games in school. The school building projects are supposed to improve the learning atmosphere in school since tanzanian schools are mostly over crowded and uncomfortable. It is a normality for tanzanian pupils to learn together with approximately hundred other students in one classroom, just because there is no capacity to build a second one. It is also really important to us to always work together with the community on school building projects in matters of decision-making and financing. The projects are financed by both the community and Jambo Bukoba at all times. That way a sense of ownership is created in the respective community.

With this holistic approach we could already reach 97% of school children in Kagera, the region in Tanzania where we are active. Our program helped to improve school performance in Kagera: In 2017 Kagera reached the third place in the national primary school graduation ranking, whereas it could only reach the fifth place in 2016!

Official admission of our founder, Clemens Mulokozi, as an Ashoka fellow
Jambo Bukoba e.V. wins the start social price 2014/15 as one of the best german social innovations
Jambo Bukoba e.V is founded!
Show all
Map