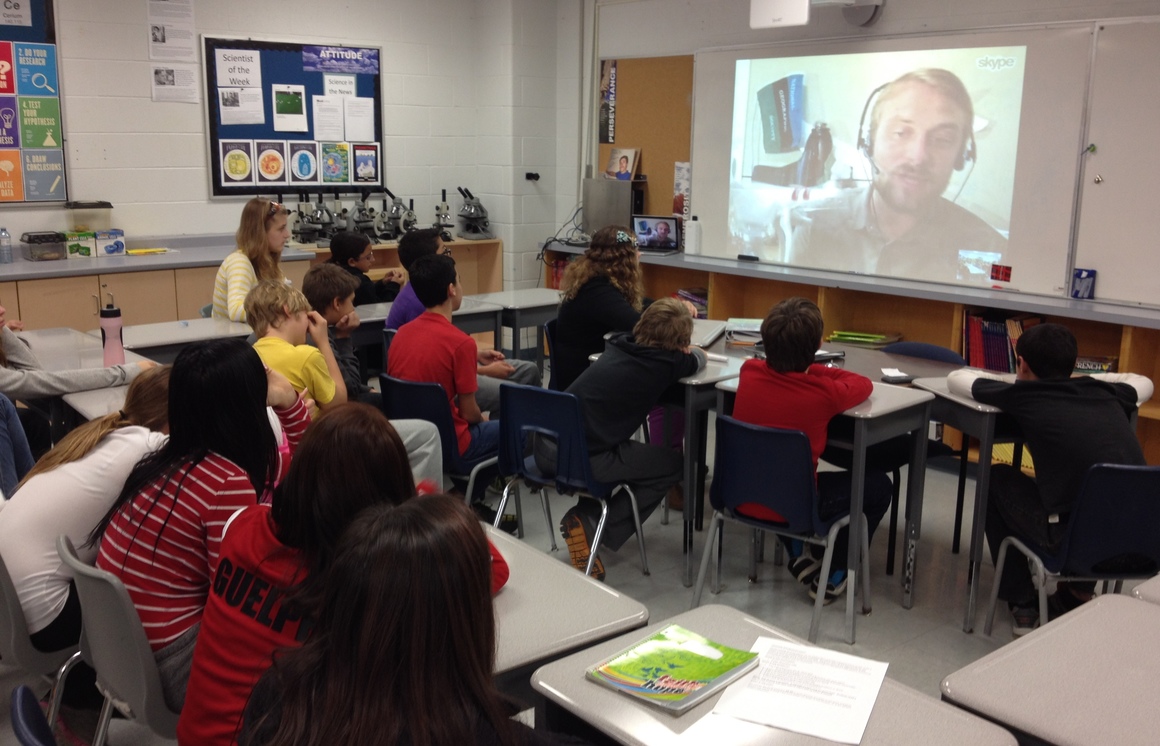 play_arrow
Free virtual events for classrooms around the world with leading scientists, explorers, adventurers and conservationists.

Exploring by the Seat of Your Pants

location_on Centre Wellington, Canada
Exploring by the Seat of Your Pants brings science, exploration, adventure and conservation into classrooms through virtual speakers and field trips. Since launching in September 2015, we've run well over 1,500 live events connecting hundreds of thousand of students with leading scientists and explorers in over 80 countries!
Global Citizenship, Global Connections, Virtual Speakers and Field Trips 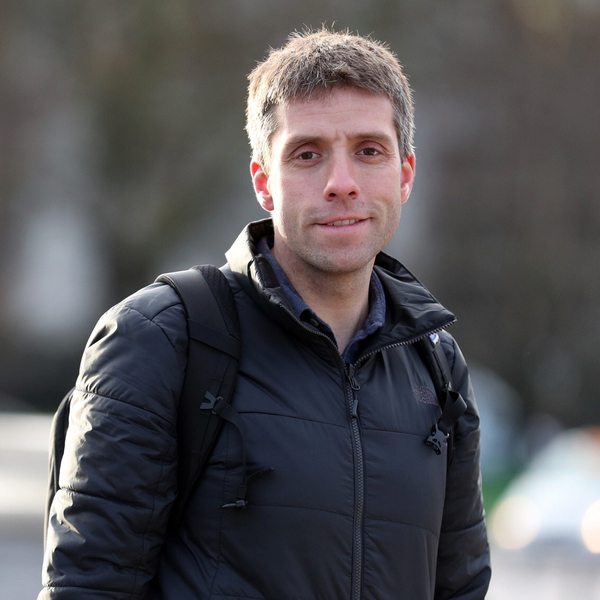 The scientists and explorers who take part in our events all remember a time they met someone, saw a documentary or read an article that inspired them or turned them onto a new career path. These tiny 'aha' moments are what we are trying to replicate in classrooms everywhere!

Inspiring the Next Generation of Scientists and Explorers

We knock down classroom walls and take students anywhere in the world, never having to leave their desks.

Exploring By The Seat Of Your Pants aims to inspire the next generation of scientists, explorers, and conservationists. We do this by bringing science, exploration, adventure and conservation into classrooms everywhere through virtual guest speakers and field trips with leading experts across the globe. Since starting in September 2015 we've connected hundreds of thousands of students to scientists and explorers in over 80 countries. Best part of all, it is and always will be 100% free for classrooms!

We also launched Exploring by the Seat of Your Pants Festivals, organizing and hosting large virtual events for the general public. The Global Biodiversity Festival took place in May, a 3 day virtual festival with 65 speakers from over 25 countries, sharing the variety of life on our planet, the challenges it faces and some good news conservation stories. It was a huge success with viewers from over 100 countries tuning in.

- Each month during the school year we host 30-50 live events for classrooms.

- We send textbook-sized satellite BGAN units around the world with scientists and explorers so they can video broadcast live into classrooms from the most remote regions of the planet. From the tops of volcanoes to the bottom of the ocean, from rainforests to tiny coral atoll and from pole to pole. There's very few places we can't bring classrooms live!

New For September | EBTSOYP High School
Coming in September, we're launching Exploring by the Seat of Your Pants High School. The same style of virtual connections with scientists and explorers from all over the world, but geared toward an older audience. We'll focus more on the issues, the science and the research while diving deeper into the careers and the scientist and explorer's paths.
Global Biodiversity Festival
In May we organized and hosted the Global Biodiversity Festival, a 3 day virtual event with 65 speakers from over 25 countries! They shared the amazing variety of life on our planet, the challenges it faces and some good news conservation stories. It was a huge success with organizations like the Royal Geographical Society, the IUCN, UNEP, Rolex and National Geographic contributing speakers as well as many grassroots conservation organizations and projects from around the world. During the course of the weekend, viewers from over 100 countries tuned in.Check out the full playlist of events here: https://www.youtube.com/playlist?list=PLwKFsJZmdxpGLflfxa9I5lXsmBoDeRMD0On deck, festivals around space exploration, women in science and exploration and the ocean...stay tuned!
Adapting to Covid-19
We normally host 30-50 live events a month, broadcasting live into classrooms around the world. When Covid-19 shutdown classrooms we quickly pivoted to broadcasting our events live into the homes of parents, students and educators. Settling into a routine of 3-4 live events a day, we've hosting almost 600 live events for hundreds of thousands of students at home. This really highlights the importance of these types of virtual connections for students. Even in the midst of a global pandemic, they could still connect live with and learn from leading scientists and explorers from around the planet. They were being introduced to challenging issues, exciting places, strong role models and new STEM career paths. They could spend time with sloths in Costa Rica, meet the last two northern white rhinos on the planet in Kenya and look for new species of insects with an explorer in Patagonia. It brought some sense of normalcy for the students and opened up their world in a time when it closed in so many ways.
Callie Broaddus | Live From Colombia
https://www.youtube.com/watch?v=lkwUWr4tmcc
Sarah Kienle | Live From Antarctica
https://www.youtube.com/watch?v=0dpqFwrjo6s&amp;t=2s
Exploring by the Seat of Your Pants GMT | Events for Classrooms in the UK, EU and Africa | www.exploringbytheseatgmt.org
Explorer Classroom | Gabby Salazar, Ross Donihue & Stephanie Grocke
https://www.youtube.com/watch?v=lghl791DlP4
Emily Calandrelli | Science TV Host
https://www.youtube.com/watch?v=Ms51GxUe3_Q
Two Lions Radio Collared: Live in Botswana
https://www.youtube.com/watch?v=vk3GJ9JSOss
The Turtle Hospital
https://www.youtube.com/watch?v=dI__PTwO83k
George Kourounis EBTSOYP Volcano Extreme Promo
https://www.youtube.com/watch?time_continue=2&amp;v=z_S_vr7J874
Show all

15,000+ Students Joining Live in the Month of September
EBTSOYP Lite Launches | 15-20 Minute Lessons from Scientists and Explorers Around the World
500 views
HundrED 2019
Innovation page created on HundrED.org
Show all
Map