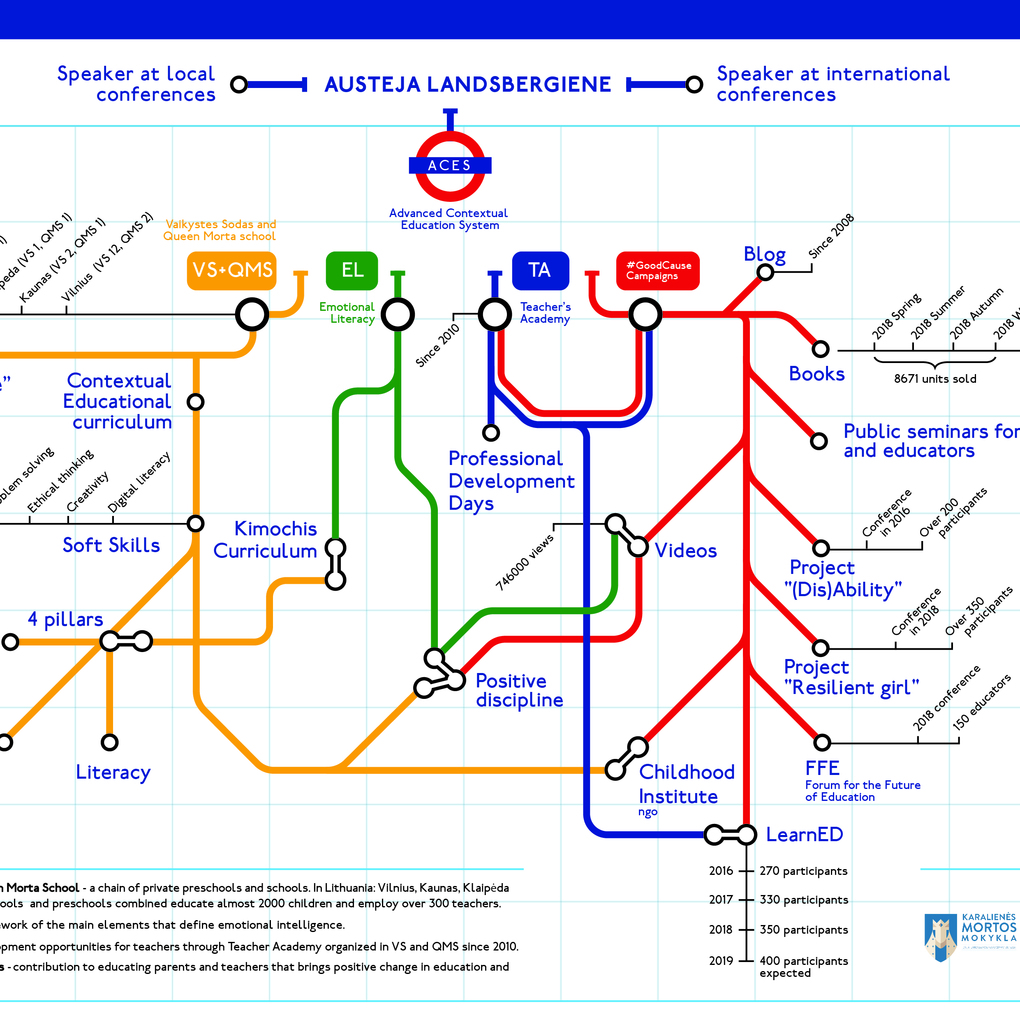 ACES was developed as a set of ideas and projects that is transforming educational system in Lithuania.

We often say that the system cannot depend on one leader or other individual – it only works properly when it works organically. If the well-trained teachers deliver well, well-educated parents raise adaptive, problem-solving, creative, analytical thinking children, the system will start operating independently.

“Context is EVERYTHING. Learning does not happen in a vacuum.”

Every part of ACES puts pupils first by setting high expectations to maximize their talents. To support this, we are introducing innovations and new approaches to Lithuanian education. ACES includes: broader curricula for our students, teacher training, and education for parents and many Lithuanians. The ACES was established in 2010.

In 2010, chain if preschools Vaikystės Sodas was opened. This is a kindergarten whose primary goal is to introduce the best and, most importantly, scientifically proven practices from around the world to Lithuania and to be at the forefront of early childhood education not just in Lithuania, but also in Europe and beyond. Its Contextual Education has gained recognition and Austėja Landsbergiene, PhD, the founder, has already presented Contextual Education in a number of international conferences.

In 2013, the organisation grew into an elementary school. It is now also a secondary school and will soon become a high school as well, since new grades are being added as the children advance. It is are known for subject integration, differentiation, and positive discipline. In Vilnius, Kaunas, Klaipėda in Lithuania and Riga in Latvia, the schools and preschools combined educate almost 2,000 children and employ over 300 teachers.

In 2017, a forum for the advancement of education – Forum for the Future of Education – was founded. Its goal is to advance and share the best practices with the public sector. ACES can be replicated while taking into account each specific country's needs and context. The centralized organization can be transferred across different locations. It is possible to completely transfer ACES by starting with just one element.