What Do Kids Think About School? The Answers Might Surprise You... 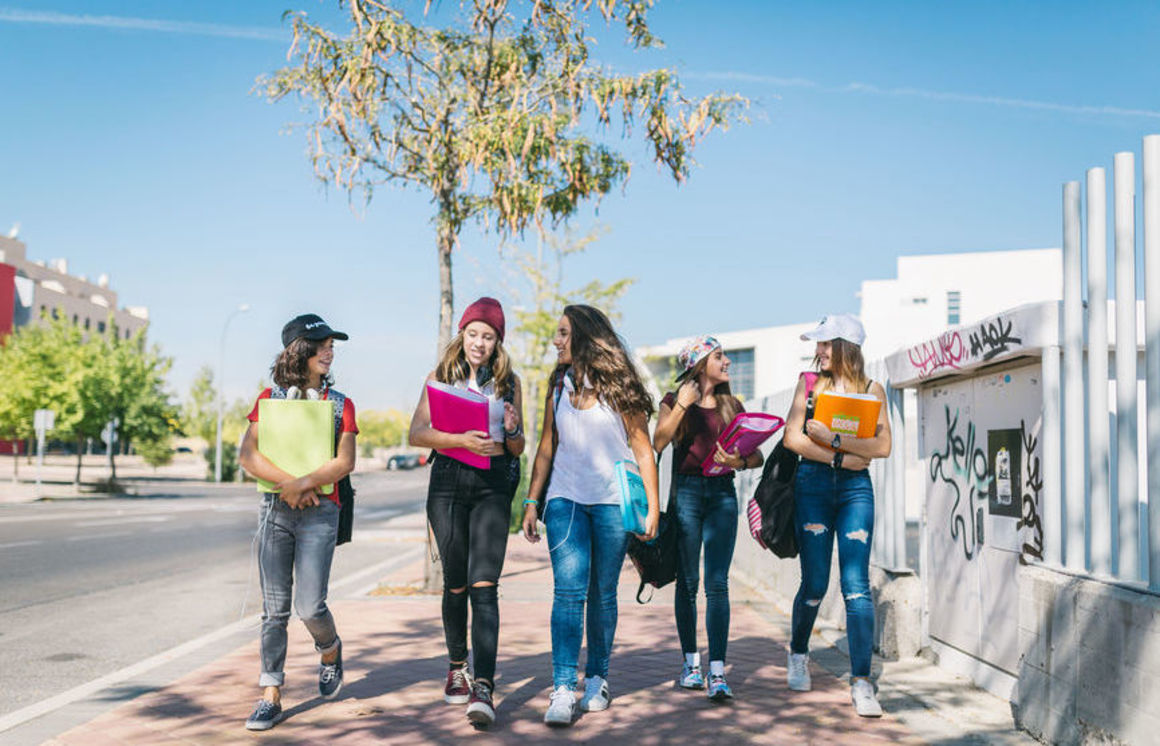 What do kids think about school? It's a simple question but one that is rarely asked. We thought it's about time someone changed that... so we did!

What do kids think about school? It’s a question that we should all be asking when trying to improve education, whether you’re a policymaker, a parent, a teacher or a school leader. Asking young people their opinion on education doesn’t seem like a radical idea, considering they’re the ones actually in the midst of the system, but few research papers and governing bodies actually take the time to include student voice.

‘I was surprised by how little attention was given to incorporating student voice and opinion across stakeholders (in education),’ says Frederika Warren, Research Assistant at HundrED and co-author of ‘Every Child To Flourish’, published in June 2018. So the research team at HundrED decided to do something about it.

As a part of their report, the team conducted a student survey, questioning 322 students who were educated in 19 countries and identified as 56 different ethnicities. ‘At HundrED we are encouraging children and young people to express their views freely, ensuring their views are given due weight in informing educational change’ continues Warren, explaining, ‘The Global Youth Survey was an exciting opportunity for us to gain an insight into how young people feel about their education.’

The survey revealed that being prepared for their careers was the top concern for students, with 83% of students selecting this option. This finding isn’t entirely surprising if you take into consideration the world that children are currently living in.

Teenagers have watched as older members of their generation have graduated before them and entered an increasingly competitive and tough job market. Older millennials weren’t necessarily sufficiently prepared or aware of how difficult the job market had become and graduated into a world where unpaid internships, increasing rents, large student debts and high youth unemployment had suddenly become the norm. Younger millennials have witnessed these struggles, so it’s no wonder that they’re concerned about having the skills they need to succeed.

"
Fear is sewn throughout our global narrative and has become a common mainstay in news broadcasts. Therefore, it’s no wonder that students are aware of this and want their education to prepare them for a world going through a rapid transformation
"

Huge developments across their short lifetimes can also provide insights into this. As young people have witnessed the birth of the internet and watched as industry tries to keep up with the short lifespan of technologies, they’re aware that in order to do well in life they need to be able to adapt to any changes that may happen. Specific skills can go from highly desired one decade to be useless the next, it’s no wonder then that 58% of students – the third largest result from the survey – also want schools to focus on building ‘life skills’ like empathy, communication, and creativity, which last the test of time and can be adaptable for different environments.

The huge hit of globalization has also shifted the way the world works and how careers are formed. No longer are young people competing against their peers in their own proximate vicinity, but they’re also having to find a space for themselves in a global marketplace. Of course, globalization has its positive effects, connections-based learning can present fun, real-world learning opportunities. But we also shouldn’t ignore how insecurity due to globalization and rapid digitization is unsettling young people, and we should make sure to support them sufficiently to navigate this.

A clear desire to be ready for the world once they leave education, with two out of the three top options selected in the survey being related to this, shows how present these issues are on young people’s minds. Perhaps this is encouraged through the current news cycle displaying major threats to our way of living. From climate change, to rapid population growth, to job insecurity, to a rise in populist politics, to an increase in terrorist attacks – fear is sewn throughout our global narrative and has become a common mainstay in news broadcasts. Therefore, it’s no wonder that students are aware of this and want their education to prepare them for a world going through a rapid transformation, where the future is an uncertain thing.

In fact, learning about how to live sustainably was the fifth largest concern for students, with 53% wanting to be taught how to live in a sustainable manner. Of course, sustainable living is a concern for young people, as they know they’re the generation that is really going to bear the brunt of the outcomes of climate change, caused by decades of neglect by previous governing bodies and large-scale industries worldwide.

It’s not all about being prepared for the future though, improving their present day-to-day experience of education also featured highly throughout the survey. 61% of students want better learning environments, which was the second largest concern for students. Learning environments are rarely raised as a serious cause for concern, and hardly ever feature in future plans laid out by governments and education organizational bodies. It’s therefore surprising that so many young people picked up on this as a major need for improvement.

Our physical environments have a huge impact on our mental wellbeing, and when utilized well they can increase learning and produce joy. The fact that youth saw fit to choose this as their second largest concern should bolster the importance of this issue in education, and leadership bodies and individual educators should perhaps be seriously looking at what they can do to improve the learning environments they’re creating.

"
Students were also extremely humble about having access to education. They were well aware of the power of education and were grateful to have access to it.
"

The next largest concern for students was a desire for education to be personalized, at 56%. Personalization allows for students to feel connected to their learning, and can naturally increase engagement and motivation. It’s surprising though that many educators focus on personalization when actually this is less important to students than learning ‘life skills’, being career-ready and having better learning environments.

One of the most interesting things we can learn from the survey isn’t necessarily the results, but seeing the personal comments from the students. Young people consistently noted that they didn’t just see that one thing in education needed to improve but many parts did – together.

They suggested that the whole system needed to be developed, instead of singling one area out and improving it independently, as they thought this was ineffective. This is in direct contradiction with how many countries approach education policy, seeing one problem and attempting to fix that – such as introducing more STEM into the curriculum – without thinking about the life skills children need, or bettering the environment in schools, or personalizing education simultaneously.

In their comments, students were also extremely humble about having access to education. They were well aware of the power of education and were grateful to have access to it. This indicates that they’re well aware of inequity in the world and the power of opportunity and are conscious that some children don’t have the opportunities they have, and therefore do not take their education for granted.

Some of the things we learned from our survey were expected. Of course, students want to be prepared for their futures, after all that’s one of the main objectives of education that everyone can agree on. What’s unique is that no one is really asking them about it in any meaningful way. It’s heartening to hear how much students care about their education, the fact that they appreciate its value and how they genuinely want to improve it.

It goes to show that this generation isn’t resting on its laurels – as we’ve seen across the world from the anti-gun protests in America to the courageous efforts of individual young people like Malala Yousafzai, the youngest ever Nobel Prize Laureate. What we can do is give them the spaces to discuss their thoughts, take their voice seriously, and do what we can to create an education system that supports, empowers and prepares them for the world.

Find the full student survey in our research report: Every Child To Flourish, free to read and download now. 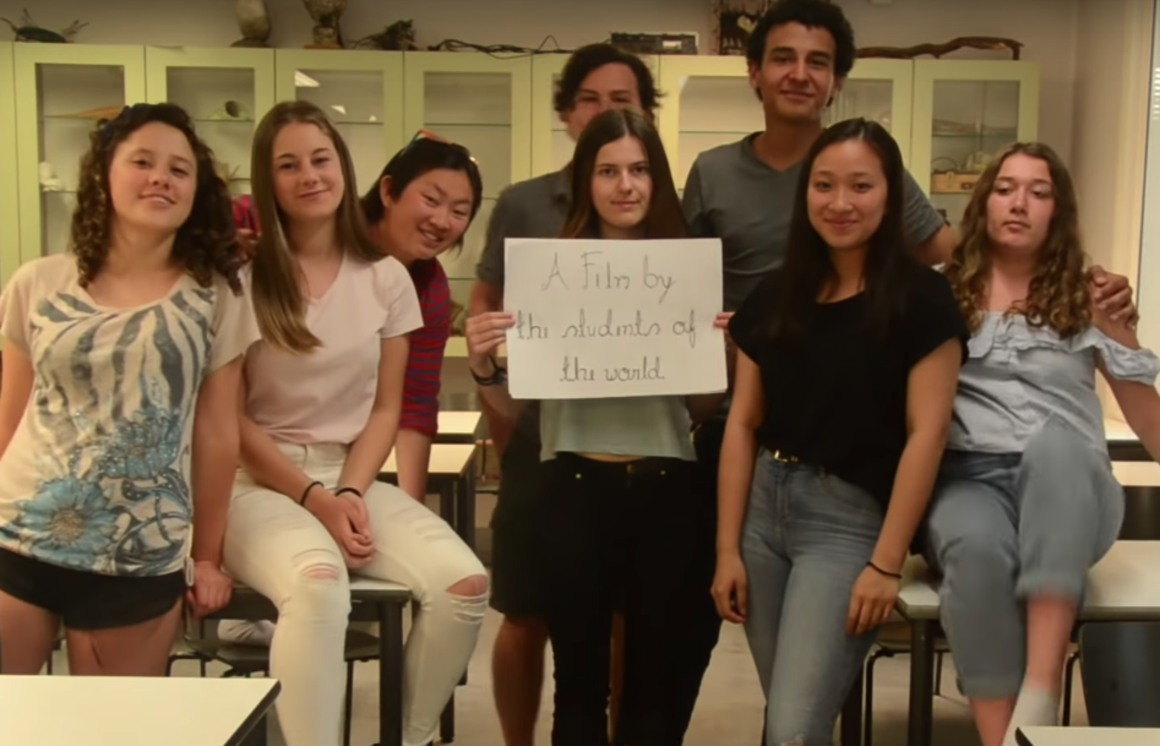 community article
Students Are Voicing Their Opinions, But Is The World Listening?
We hear from Jordy Angel Coldwell about the importance of student voice in education, and Jessica Spencer-Keyse shares insights from HundrED's latest research, which includes results from a global you
3.7.2018 Lauren Wilson 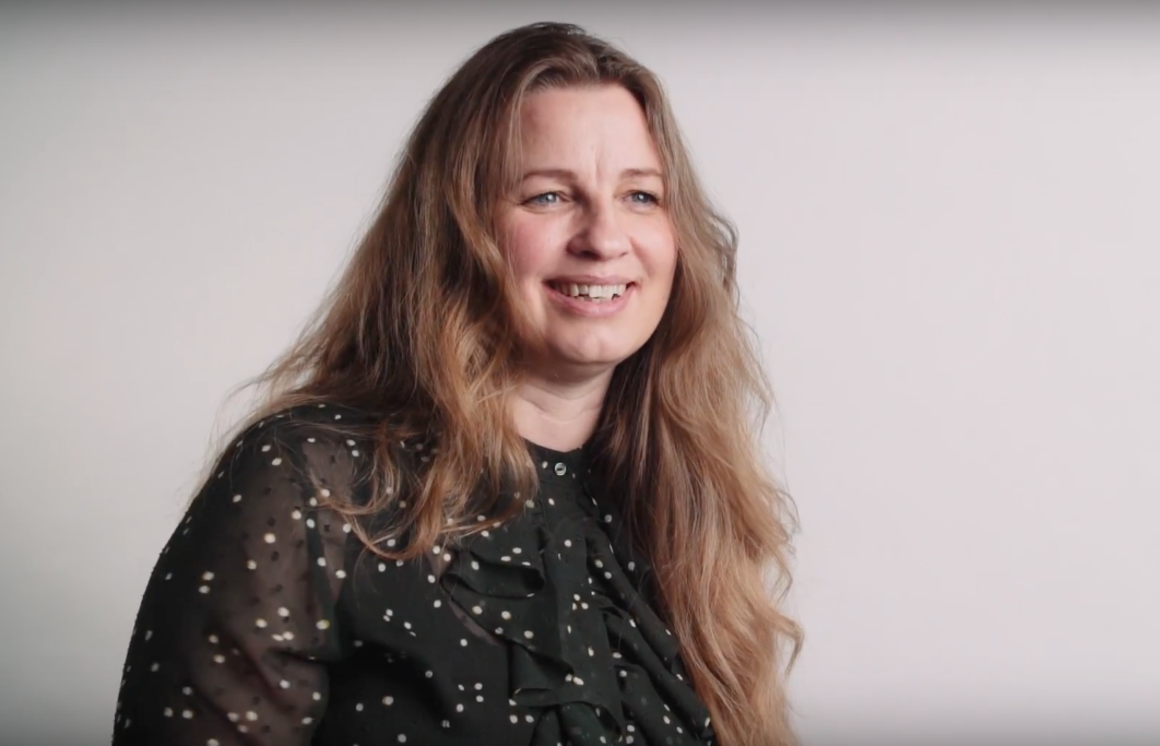 interview
Lene Jensby Lange: Children Shouldn't Have To Leave Their Dreams At The Doorstep Of School
Lene Jensby Lange is an Education innovation consultant and learning space designer. She is the founder of The Autens Consulting House, creating schools for the 21st century through interactions with
4.5.2018