We are using cookies to give a better service experience. By using our services you agree to use cookies. Read more
Accept
Reject
search
Search
clear
/en/articles/to-tackle-the-shame-surrounding-girls-we-need-to-demystify-periods
https://cdn.hundred.org/uploads/article/cover_image/1009/wide_Stocksy_txpb4bce23dVPu100_Small_126530.jpg
article

To Tackle The Shame Surrounding Girls, We Need To Demystify Periods

One thing that really shouldn’t be behind the times in education, seeing as it isn’t a new issue, is sex education – and in particular the topic of periods. Unlike other areas in education, such as the latest STEM curriculums, sex education, for the most part, has always been behind the times, even though the basic fundamentals stay the same for eternity. Periods have always happened, without them, the human race wouldn’t exist. So why do we barely educate girls on them and why are boys usually sent out of the classroom for such discussions?

Ask the women in your life and there will be at least a handful of stories of them thinking that they were dying or had some terrible illness when they first got their period – if not all of them. We women are completely unprepared for the world of menstruation and have a severe lack of knowledge to prepare us for when they occur, hence we think we’re dying. We’re not unlike men, much to most people’s surprise, we also have no idea what’s going on with our bodies half the time. We don’t have some magical intelligence when it comes to our uterus that tells us what’s going on. We need to be taught this knowledge, just like everyone else.

‘The topic of periods in schools is still being taught the same way it was 30 years ago with outdated resources and an outdated viewpoint,’ explains Amanda Hollwey, Head of Marketing at Betty for Schools, a free resource for educators to teach girls about periods more effectively. ‘Girls are taken into one room to learn about the biological aspect of menstruation while boys are sent elsewhere to learn about male puberty and left to guess and speculate on the changing emotions of their female classmates. If schools are not the driving force in changing attitudes about periods with the younger generation then we see this translate into the society where it remains a social taboo and something to be ashamed of.’

Separating girls and boys sex education is just one way that we’re helping to increase the gender divide and adding to a misogynistic society.

Women’s menstruation has been erased from our cultural dialogue and stories for centuries. To such an extent that a picture of a woman menstruating on Instagram caused an uproar.

Artist and Poet, Rupi Kaur, uploaded a photo of herself to Instagram where it was evident she was on her period. Even though in the image she was entirely fully dressed, Instagram removed the photo twice due to it conflicting with their community standards. This caused a major backlash for the social media site so they finally allowed for the picture to be reinstated.

There’s still a belief that these subjects should not be discussed in public discourse, and maybe to some displaying these images and information so publicly is distasteful. However, through erasing period talk, we’re teaching girls that this monthly occurrence in their lives is something embarrassing and shameful; when really it’s just nature and shouldn’t be any more distasteful than discussing migraines, colds or any other physical symptoms that affect our bodies on a fairly regular basis.

Not only does not talking about it add to the shame culture that already surrounds women, but it adds to the mystique dialogue that has surrounded women and their hormones and bodies for centuries. Harmful and demeaning depictions of women on their periods, such as blaming a women for being emotional on her period or not believing she has the rational to make important decisions due to her time of the month, is deeply seated in our global culture.

A brief internet search throws up all kinds of mythology that has haunted women about their menstruation throughout history. Myths have ranged from the bizarre, menstruating women control the weather, to the strange, everything they cook will be a disaster, to the downright ridiculous, they can kill someone just by looking at them. In today’s society some mythology still surrounds periods due to a lack of clear information about it, and this results in misogynistic jibes being thrown at women anytime they show emotion, insinuating that women’s emotions are out of control and ridiculous because they’re on their period.

Thankfully, there has been a shift in the movement recently to help end the shame surrounding women and menstruation, as Hollwey says, ‘This is fast changing with recognition of #periodpoverty and the #metoo movement which is driving the need for equality in all walks of life. But education needs to be at the forefront to see real change.’

This is helped along by initiatives such as Betty for Schools, because if we truly want attitudes to change, we have to start young. Betty for Schools helps teachers to approach this subject in a constructive way to help end the shame around menstruation and to open up the conversation. ‘Our resources are designed in a way to allow teachers, regardless of their experience of the topic, to be able to teach both boys and girls in the classroom on all aspects of periods, both biological and emotional and aim to ‘normalise’ the subject,’ explains Hollwey. ‘We do this by showcasing young people from all over the world and different backgrounds in our resources, to see how different societies view periods. They are fully interactive with quizzes and games to keep it entertaining and fun.’

The Betty website and resources provide information for all to learn from – parents, guardians, and teachers alike. ‘Our resources also come with a full set of teachers notes to help aid the teaching of the lesson but they also have a voiceover functionality that leads the lesson enabling the less confident teachers to interact with the lesson along with the students,’ adds Hollwey.

The advice from Betty is to approach the subject as openly and honestly as possible. You would be amazed at how quickly young people open up to the subject once they realize how non-scary periods are!

Working with teachers across the UK and with the PSHE Association, Betty For School’s resources are ‘curriculum-led and fully accredited.’ They take this one step further though, by reaching out to their young audience and asking them what they want to know, as Hollwey explains, ‘We listen to what questions they have so that we can make sure we address them and help make all girls feel better about their period.’ 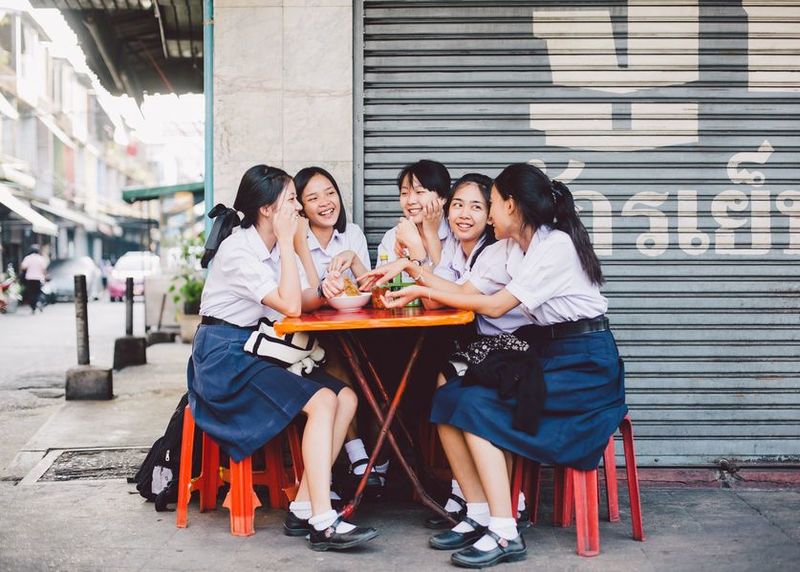 With high levels of period poverty and the infamous ‘tampon tax,’ it’s clear that women’s health is not top priority for many people. In order to change this, we have to start young and include everyone in the conversation about the reality of periods. Finally, through work like Betty for Schools, individuals speaking out like Rupi Kaur and small additions to our lives like the new period emoji, we are starting to normalize periods and help girls to not be ashamed of their natural bodies.

Through this, we can create sex education that is inclusive and demystifies the female experience. We are not mythical creatures who are connected to the moon and tides, or perhaps we are, but that doesn’t mean we’re separate and ‘other’. We deserve the respect of our male peers and it’s vital that boys understand the experience of the opposite gender who make up the other half of the world’s population.

To understand and connect with Betty for Schools, explore their HundrED Innovation Page.

Let's Talk About Sex
Could the answer for up-to-date sex education just be to talk about it? By incorporating students’ v
RECOMMENDED FOR YOU
community interview
Sir Ken Robinson Compares Human Organisations to Organisms: Education Is A Dynamic System
Sir Ken Robinson, Ph.D. is an international educator based in Los Angeles, California. He is a world-leading speaker on topics such as creativity, innovation, and human resources in education and busi
Collaborative Learning Communication Compassion Educator Agency Flipped Classroom Real World Learning School Leadership Self-esteem Student Voice and Agency
View
community interview
Dr. Joanne Orlando: Early Childhood Education Has A Personalized Approach And We Should Learn From It
Dr. Joanne Orlando, Senior Lecturer of Early Childhood Education at Western Sydney University shares how we need to learn from the personalized approach in early childhood. A leader in the field, her
After School Programs Personalized Learning
View
article
The Evolving Role of the Teacher
Gone are the days of only the elite being able to access information, now it takes roughly a second to google anything you want to know. What does this mean for teachers?
Professional Development Student-Led
View
article
It's Time to Assess Assessment
A recent study in the UK revealed that when children, in low performing categories, receive cash or prize rewards for good marks in their GCSEs they perform much better in key subjects such as maths a
Assessment
View
Load more