We are using cookies to give a better service experience. By using our services you agree to use cookies. Read more
Accept
Reject
search
Search
clear
/en/articles/resilience-is-the-new-buzzword-in-education
https://cdn.hundred.org/uploads/article/cover_image/534/wide_w1140_GGSNorrish_06_Catching_a_Kindness.jpg
article

Resilience Is The New Buzzword In Education

Resilience is the new buzzword in education. Everywhere schools are being told to focus on building this character skill – and to value character skills – just as much as they would with academic skills. And of course this skill is monumentally important, particularly when you take into consideration the unstable time we’re living in.

For kids to thrive in a world where they’re not certain what’s going to happen due to climate instability, a lack of job security and a fast changing workforce, they’re going to need to have grit and resilience to cope. This will both help with their mental wellbeing in school and out in the world, but also will help them to persevere for the life and career they really want to achieve.

As Alistair Smith, director of Education at Frog, told us ‘Young people are going to have to be immensely resilient, what people describe as having grit, they’ll need to be positive in order to bounce back from setbacks. For example, I was speaking to the director of Les Misérables (...) They have 2000 applications each year for thirty-two places. They interviewed and auditioned 400 and they then take a handful of people. He was saying that the young people he comes across need to be prepared for a life of setbacks and be able to deal with it. So it is personal qualities and attributes that are going to be really important.’

A future of stark competition means that knowledge and ability aren’t the only judging factors in a tough workplace. Character traits are becoming increasingly important and realistically, you’re going to have to be resilient in order to not just cope but thrive in the future. Because not only are these skills vital for careers, they’re part of what it is to be a global citizen, as Allan Kjaer Andersen, Principal of Ørestad Gymnasium in Copenhagen, explains, ‘In order to be a global citizen you have to have empathy and believe in yourself, have resilience and things like that. So we think these skills are just as important as the traditional subject skills.’

But how do you teach skills like resiliency, which tend to come naturally through real-life events? Skills like empathy, resilience and compassion – character skills – are taught through social and emotional learning, something which happens naturally in our day-to-day lives. However you can make sure kids develop these skills and there are examples all over the world where schools and teachers have built their own socio-emotional learning curriculums.

"
A future of stark competition means that knowledge and ability aren’t the only judging factors in a tough workplace. Character traits are becoming increasingly important and realistically, you’re going to have to be resilient in order to not just cope but thrive in the future.
" 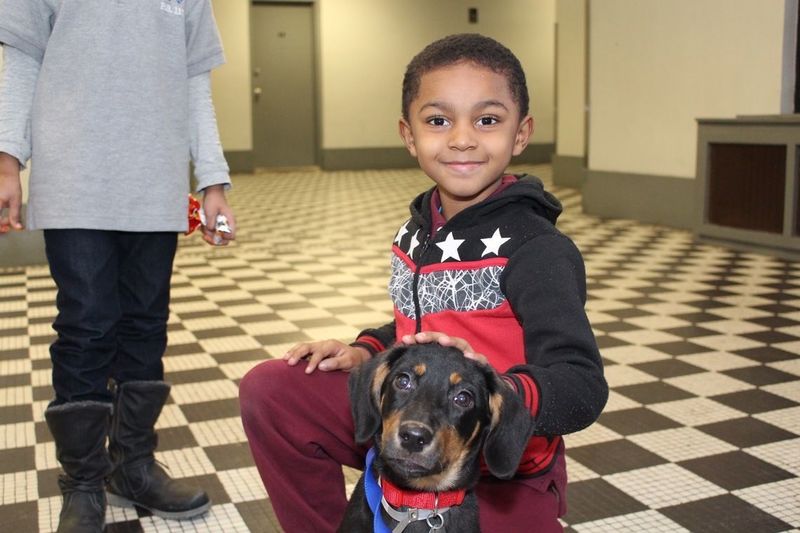 The Mutt-i-grees curriculum is focused on equipping children with the skills they need to face the stresses of life, to be self-aware and to understand the social world around them. Animals, particularly dogs, can be a great way to introduce these concepts to children and to help them start to establish the skills they need to thrive. Mutt-i-grees already have 4,000 schools using their programme which just goes to show how this simple idea can have a big effect.

The Forest School movement similarly focuses on building children’s characters and enables this to happen by handing over autonomy to the children and allowing them to explore and discover for themselves. Longworth Forest School in New Zealand, incorporates the forest school approach by holding three sessions a week. By focusing on allowing children a carefully considered amount of risk and challenge, to experience problem-solving and be enterprising at every child’s own pace means that Longworth Forest’s students get to build on their characters, including increasing their resiliency.

Not only does giving children a level of independence and an experience of risk allow them to grow up being resilient, but again being in nature (as with being with animals) allows them to explore relationships. In the forest school approach children build relationships with nature, learning to care for it, and in doing so learn to care for themselves and others. Longworth Forest School focuses their programme on encouraging children to be curious, self-sufficient and resilient – skills which will stand them in good stead at every juncture in life. 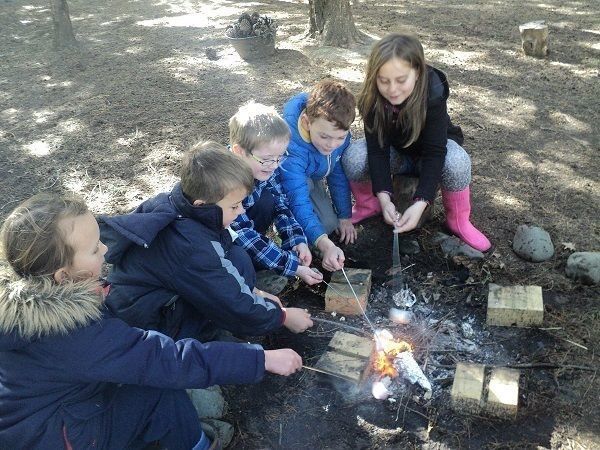 And then there are the educators who have designed their whole school to focus on social and emotional learning, such as Geelong Grammar School in Australia. Geelong Grammar puts wellbeing at the heart of their educational programme and believe it is a school’s responsibility to teach important skills such as resilience and positive emotions.

It’s not always that easy to implement these bigger ideas into school, so what can be done if you’re a lone teacher who’s trying to make sure your students are building resiliency skills or a parent who’d like to encourage these strengths in their children? By exposing young people to different types of stories you can help to encourage all kinds of character skills, including resiliency. The Global Oneness Project in particular focuses on exposing children to a chorus of voices, challenging stereotypes and helping children to build on their empathy, compassion and resilience.

The stories tackle the huge issues facing the world today from climate change to immigration to racist stereotyping. Their stories, accompanied by lesson plans, take on universal themes which highlight our common humanity including identity, diversity, hope, resilience, imagination, adversity, empathy, love, and responsibility, helping to inspire in students the same character traits.

"
By valuing a child’s community (especially if their community is often viewed negatively) we can help to motivate children who otherwise might not continue in education.
"

Of course not everyone needs to be taught these attributes. Some children, such as those who have had difficult upbringings or whose families are in unstable circumstances may have had exposure to situations that could develop resilience. However, that doesn’t mean we shouldn’t include these children in the conversation – in fact it could do them the world of good to highlight how great it is that they already have these skills.

Dr Victor Rios, creator of GRIT (Generating Resilience to Inspire Transformation), gave an emotive TED talk discussing how educators need to re-frame ‘at-risk’ kids into ‘at-promise’ ones. He describes how his own teacher pointed out to him that he already had resilience, grit and a hard-work ethic, installed in him by his community and upbringing because he grew up in poverty, and that meant that he already had skills that would be vital to his educational career.

By valuing a child’s community (especially if their community is often viewed negatively) we can help to motivate children who otherwise might not continue in education. It is important to include these communities in education and show demotivated students that they are valued and important just as they are.

The Green Bronx Machine is an example of how a school initiative that works to increase resiliency skills can also benefit the socially disadvantaged community it serves. Green Bronx Machine is a whole school initiative set up by teacher Stephen Ritz, where students learn to grow, cook and eat vegetables in the indoor teaching garden – a converted formerly disused library. Other areas of education at the school are similarly hands-on, with a lot of classes taking place outside, creating a rich learning environment.

The school has shown that healthy students equals higher attainment, with students losing weight, consuming less sugar and building vital skills including resilience and positivity towards school. This empowerment isn’t limited to the students however but is extended to their families and communities too who get to benefit from the produce the students grow – helping to create a healthier community. This is particularly impressive as the Bronx is the least healthy county in New York State.

Resiliency isn’t a standard academic subject and as such can be dismissed as a ‘soft skill’ which cannot be taught, but this is entirely incorrect. These ‘soft skills’ – character, resilience, compassion, empathy – have big consequences on a child’s life. These skills not only help learners to do well in school, but can have lasting impacts on their careers and relationships too. Being resilient is no longer something that should be seen as a personal character trait that not everyone has, it needs to be on every school’s agenda and in every child’s locker so that they can call on it whenever they need to in the tumultuous times ahead.

Allan Kjær Andersen: The Classroom Tends To Traditionalize Teaching
Allan Kjær Andersen is the Principal of Ørestad Gymnasium in Copenhagen
Alistair Smith: In Addition To Knowledge, We Need To Talk About Attributes, Skills And Experiences
Alistair Smith is director of Education and learning strategist at the learning technologies provide
Empathy is the Future Trend in Education
The return to a divided world has made people question why there has been a shift in popular mood to
RECOMMENDED FOR YOU
interview
James Steckart: Control in the Classroom is an Illusion
Jamie Steckart, Head of School at THINK Global School, explains how uncontrolled learning environments can benefit learning and why Project Based Learning is really taking off around the world.
Global Citizenship Learning Environments
View
article
How Sports, Plants and Animals Can Bring Together Diverse Communities
Education has the opportunity to take the lead on mending fractured societies and to help people from different cultures and backgrounds integrate together. We look at simple and creative ways to help
View
article
'Parents Really Matter' – How To Engage Parents In Education & Why You Should
Children growing up in poverty are already a year behind their wealthier counterparts by the age of three. However, there are still children who manage to overcome their difficulties and manage to do
Educational Equity Literacy
View
article
The Innovators Providing Hope For A ‘Lost Generation’ Of Refugee Children
Millions of refugee children face a bleak future without access to education. These innovations are finding simple yet impactful ways to bring learning opportunities to some of the most vulnerable chi
Literacy Mental Health
View
Load more