It’s Time For Girls To Make Over The Media

As a media maker and mom to a nine-year-old girl, Michelle Cove, Founder & Executive Director of MEDIAGIRLS has had enough with our demeaning online culture for girls.

“Why can’t I look like that?” I heard the teen girl in the coffee shop say to her friend while pointing to a picture in a magazine of a model so thin she looked distorted. “I know,” her friend replied with a sigh, “I mean, I know the model was probably Photoshopped but… she is perfect. I hate my thighs.”

This exchange took place in the winter of 2014. A week prior to that, my own daughter, age nine, did not want to come out of the locker room for swim class because her thighs were “so big that they touched.” I was incensed. How many girls were obsessing all over the world about their thighs?!

It’s hardly news that girls pine over their appearance and make endless comparisons. What is new is how impossible it has become to protect girls from the onslaught of emaciated models, half-clad women grinding in music videos, girls and women “catfighting” on TV, and celebrities Photoshopped to freakish perfection on Instagram.

Even if we could get girls to “unplug” from technology, they’d still be bombarded with media telling them to be thinner and “hotter” on highway billboards, building exteriors, sides of buses, and gas stations. The harm being done to girls is undeniable, and most of us feel powerless to stop it.

I felt compelled to do something, to at least try something.

It started as an eight-week pilot

So I used the media skills I’d gained from 25 years of making books, magazines, documentaries, and blogs to create an eight-week curriculum called MEDIAGIRLS, to be taught for 90 minutes once a week. The plan was to teach middle-school girls to challenge undermining and sexist media images, know their true self-worth, and create content that would make girls feel strong and good.

I piloted the program in summer 2014 in my town in Massachusetts for eight girls, taking note of what they most enjoyed and revising along the way. They had much to say about the pressures they feel to be “hot” enough, and I learned even more after teaching the program at several Boston public schools. It was clear to me that there was a hunger, even desperation, for these conversations.

In 2015, I started teaching the curriculum to female college volunteers in Boston. They brought their own passion for this cause to the classroom, and a fired-up determination to make things better for the next generation of girls. The middle-school girls loved these “big sisters” looking out for them, and MEDIAIGIRLS continued to grow. Our college volunteers were the first generation to grow up with social media as a major part of their lives and understood all too well the pressures to get enough “likes” with each post and grow their following.

With the college volunteers’ help--and comments from the teen-girl participants themselves - we revised the curriculum to encompass more and more content on social media because that’s where these girls spend three-plus hours a day. And it’s taking a major toll: Eighth-grade girls who spend 10+ hours a week on social media are 56% more likely to say they’re unhappy than those who spend less time. (“National Institute on Drug Abuse”). Almost 1/3 of girls say they’ve engaged in cyberbullying (Teen Safe), and The Royal Society for Public Health stated that social media is “fueling a mental health crisis for girls,” inviting constant body comparison and anxiety.

Parents and educators, in general, have no idea how to fix this. We didn’t grow up with this, and our demands to stay off of social media just doesn’t work.

What does work is having honest guided discussions with girls about the pressures they face around breaking Snapstreaks with friends, comparing themselves to perfect-looking Instagram influencers, and trying to keep up with all of the made-up girl “rules” of social media (i.e. “You can’t use too many emojis.” “You can’t just comment on a friend’s post; you also have to ‘like’ it or you’re a bad friend.”)

We have reached over 4,000 girls and parents with our workshops, and are now certifying educators to teach our 90-minute #REALMEDIAGIRL Workshop that focuses on how girls can flip social media apps to be more empowering. We are always listening to and learning from the girls all the time, always revising our content to meet them where they’re at. After all, they’re the ones on the frontlines.

What you can do in your classrooms

When it comes to talking to girls about how they’re using social media and why, ask questions. Get more curious, and less judgmental. For all of us who work with pre-teens and teens, we know the second they feel even slightly judged, they’ll disengage – with an eyeroll.

Instead of making a comment like, “I don’t like how fake all the girls seem to be on Instagram,” try, “Do you think girls feel a lot of pressure to look a specific way before they post? I feel like it could be really stressful.” Instead of, “It’s ridiculous that a teen girl has several hundred followers!”, try, “Do you think girls who have large followings worry about having to appeal to so many people?” When you do ask questions, try to keep your face expression-free, your tone neutral. The goal is to build trust and get them to tease through their responses and think critically.

We also recommend focusing on the positives of social media rather than always slamming it. Ask girls who they follow that they think is a good role model and why. Mention someone you really like in terms of how they post. Share with them a meme that made you laugh; ask who cracks them up or inspires them. Social media is a platform, not inherently good or bad, and depends on how we use it. By sometimes showcasing the positive, we can get them to think more about what they’re contributing to the world.

We want girls to spend more time experiencing life than trying to capture it on social media. But we also want to see media that shines the spotlight on girls and women who contribute to the world through their decency, bravery, smarts, and other humor. Since traditional media won’t seem to do it, we are determined to help girls and young women band together to shine that media spotlight and create a healthier, more inspiring social media for all girls.

To learn more about MEDIAGIRLS, including ways to bring it to your own community, check out their innovation page. 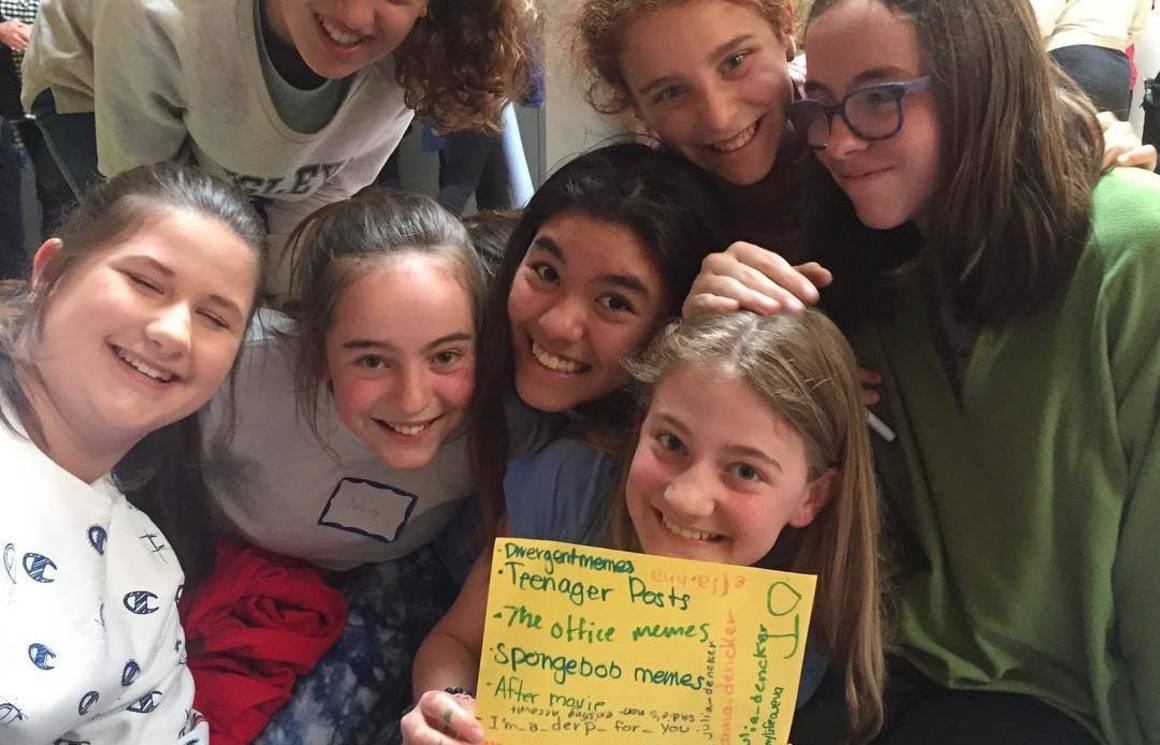 Digital Wellbeing
MEDIAGIRLS
The average girl spends 8-10 hours a day consuming media, bombarding her with the message that being sexy and thin matters most. This is unacceptable. MEDIAGIRLS is a program that teaches middle-schoo
location_on United States

community article
“Social Distancing” is the Wrong Phrase
Physical distancing is necessary to avoid spreading the germs; I know that by “social distancing,” experts mean not getting too physically close to one another, especially in crowded places. But what
26.3.2020 Michelle Cove