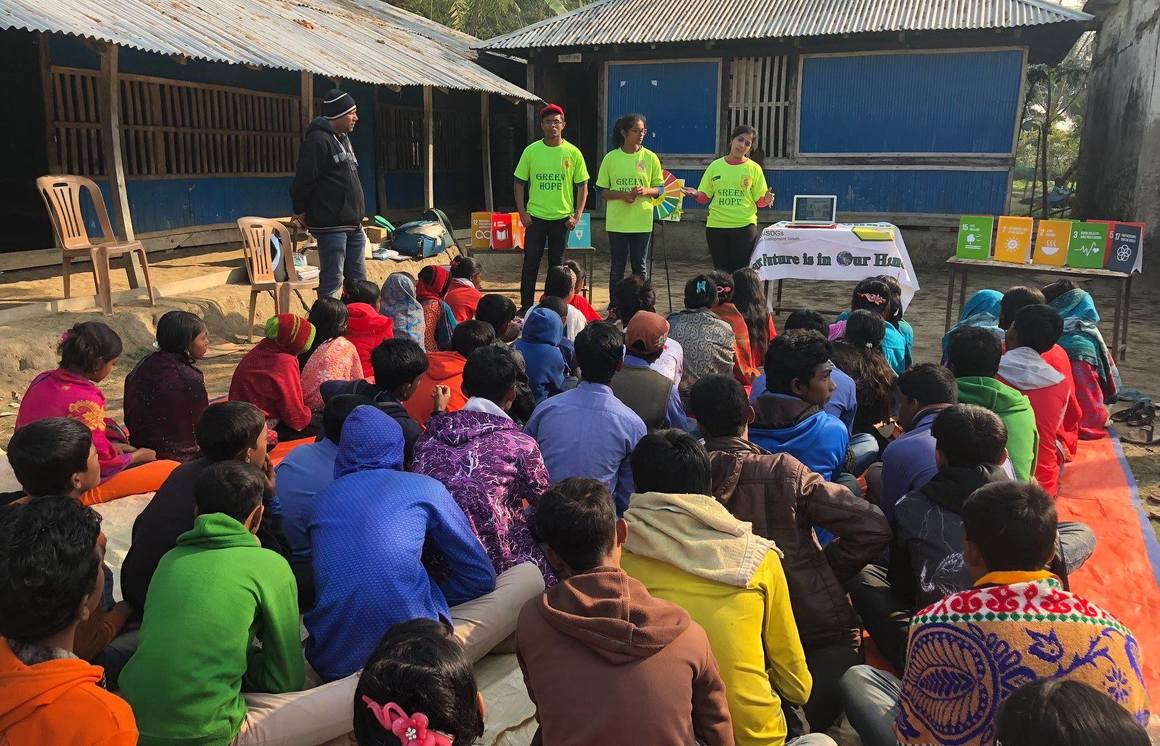 Since winning the 2019 Innovator of the Year award at the HundrED Innovation Summit, Kehkashan Basu has continued on her mission to empower young people from different parts of the world using education for sustainable development as a powerful, transformative tool! Here is what she has been up to in the last few months!

Since winning the 2019 Innovator of the Year award at the HundrED Innovation Summit, Green Hope Foundation, led by its 18-year-old founder, Kehkashan Basu, has continued on its mission to empower young people from different parts of the world using education for sustainable development as a powerful, transformative tool.

The Green Hope team spent last Christmas educating hundreds of Rohingya refugee children at Kutupalong, the world’s largest refugee camp, located near Cox Bazaar on the border of Bangladesh and Myanmar. More than a million Rohingya refugees live in unimaginably cramped conditions in about 30,000 ramshackle huts and plastic structures, spread across the hillside. Sanitation and hygiene do not exist. It's an unbelievably moving sight which no words or pictures can describe. An unsteady bamboo structure serves as a community center and this is where the Green Hope team conducted environmental workshops for these children teaching them about the Sustainable Development Goals. They spent the day singing and dancing with them, teaching them about the environment, to avoid plastics, to wash their hands and to conserve water. None of these children go to school and their smiles and joyous laughter were the best Christmas gifts for the Green Hope team. Even though these children did not know what tomorrow holds for them, yet they pledged to shun plastic bags and plant trees around their huts. Their actions vindicated Green Hope’s belief that every child has the ability to make a difference - all they need is the opportunity.

While in Bangladesh, the team also worked with local villagers to regenerate the Sunderbans, the world's largest mangrove forest whose rich biodiversity is under severe threat as a result of pollution and deforestation. Through their workshops and community activities which included forest cleanups &  planting saplings, they engaged these marginalized sections of civil society in caring for their environment and adopting sustainable lifestyles.

A few weeks later, Green Hope was in Suriname, invited by the President's office of Suriname to speak at the United Nations High-Level conference of High Forest Cover and Low Deforestation (HFLD) countries held in Paramaribo. Kehkashan addressed the Heads of States, HE The President of Suriname and other dignitaries from the HFLD countries on 'The Role of Youth in Protecting our Forests’ sharing Green Hope’s best practices in youth empowerment. Suriname has the unique distinction of being acknowledged by the United Nations as the "most forested country" in the world with 93% forest cover and Green Hope now has a local chapter there in collaboration with their Youth Parliament.

Continuing her advocacy as a voice of future generations, Kehkashan was a keynote speaker at Yale University's annual Graduate Conference on Religion and Ecology and thereafter travelled to New York to speak at the United Nations Youth Assembly where she moderated a panel on 'Mobilising Youth for Climate Action" and then spoke at another panel on 'Empowering Youth to Tackle Gender Inequality’.

On her return to Toronto, Kehkashan was felicitated with the prestigious Community Award for Youth Service at the 2019 COYO conference at Niagara, Ontario. COYO is an acronym for the Committee of Youth Officers for the Province of Ontario which includes representatives from numerous police services, youth services workers, educators from various school boards, Ministry representatives who work towards improving the quality of life for Ontario's youth.

Green Hope's latest chapter is at the University of Toronto and it conducted its inaugural event, a Youth Conference on Sustainability on 2nd March to educate young people about the SDGs and support them in taking local actions to mitigate the challenges.

To learn more about the Green Hope Foundation, visit their HundrED innovation page or their new and updated website!

Are you a young advocate for education and change, join the HundrED Youth Ambassadors community. 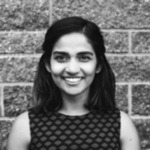 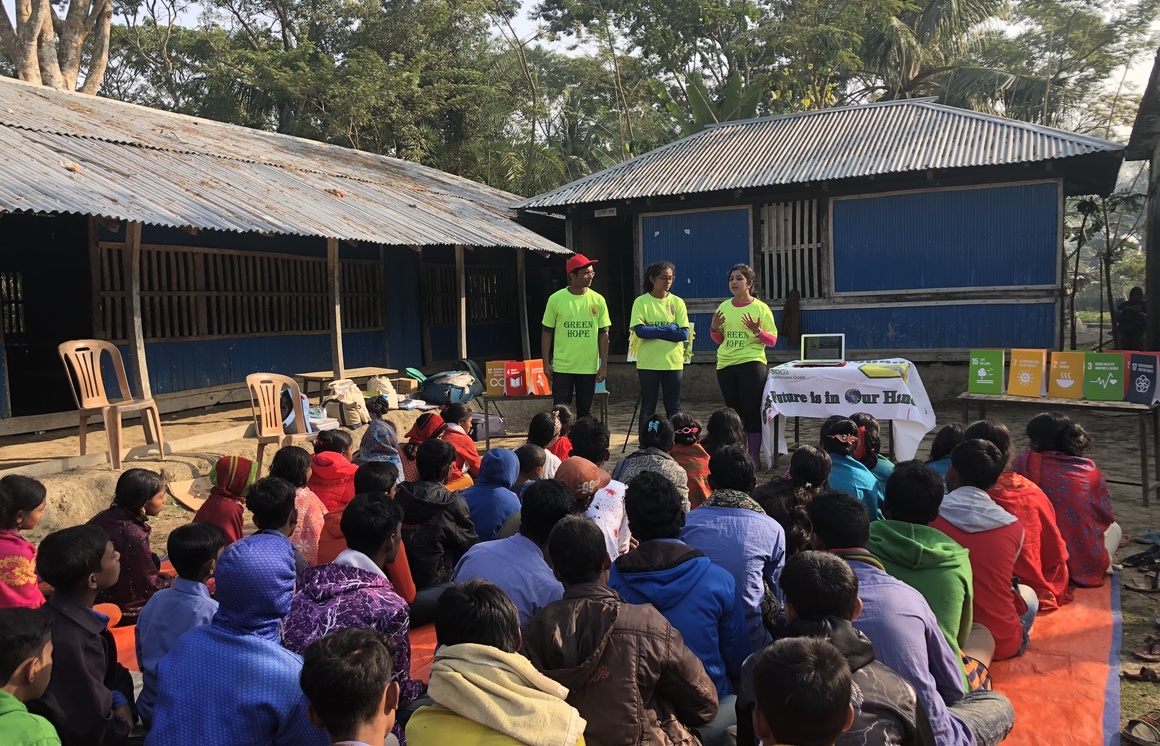