We are using cookies to give a better service experience. By using our services you agree to use cookies. Read more
Accept
Reject
search
Search
clear
/en/articles/grab-your-backpack-we-re-going-unschooling
https://cdn.hundred.org/uploads/article/cover_image/412/wide_H81A9927.jpg
article

Homeschooling is quickly becoming a viable option for many families across the world as they witness the pressure formal education systems are under, and the negative impacts that has for school pupils.

Once seen as a novel idea that few children participated in, homeschooling – or ‘unschooling’ as it is quickly becoming known – is actually being considered by many families. The more extreme cases aren’t just teaching children at home, they are taking them around the globe, and one project we're trialling even takes to the seas!

‘The School on a Sailboat’ voyage began in June 2016 and will continue until 2022. The family involved will sail around the world whilst experimenting with different learning-to-learn methods, and will be focusing on promoting personalized learning.

Three children and both of their parents will be living on the boat. A digital school prototype has been developed for them and the project will research and develop new ways to learn individually and collaboratively in a homeschool environment. The project will also be trialling different digital tools, the implementation of new content, and varying global assessment methods.

This is not a unique occurrence. Similar activities have been taken by other families, such as this family who spent six months travelling across Eurasia. As Jennifer Camulli, Head of Coordinated Student Services at the International School of Macao, explains ‘The world is a classroom. It doesn’t need to be in the walls of a school - the beach is a classroom, a sailboat is a classroom. Everywhere has learning opportunities.’ It appears that parents are starting to realize this.

During the course of the first year the project will trial the technology and learning platforms as well as the lesson content that has been developed for them. They will create content about the ten countries they visit as they travel, which will then be used in schools back in Finland after the experiment.

The goal of ‘The School on a Sailboat’ is to create a personalized learning model which can then be used in places where distance education is a reality.

The project also aims to connect schools from different countries, and to encourage them to collaborate and share international experiences in education.

Unschooling can seem a luxurious choice as it tends to only be available to parents who have the time and resources to teach their own children. However, it can be a way in which to educate those who do not have access to formal education.

Project DEFY creates self-learning centres, which they call Nooks, containing laptops and making materials. The Nooks provide spaces for people in rural communities to go to teach themselves and others in their communities, as they don’t have access to formal schooling. 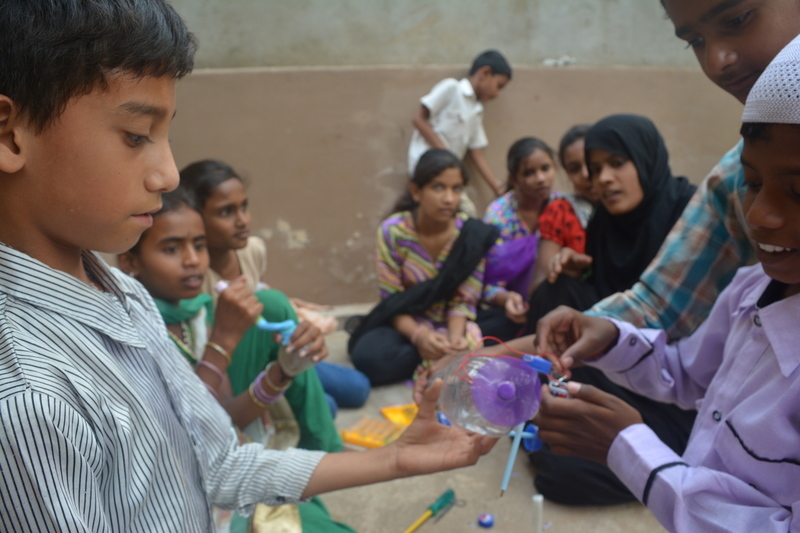 In Project DEFY children learn how to do something themselves using the internet.

‘Unschooling’ in this case tackles inequality and allows a level of personalization that is uncommon in standardized education.

They’ve even set up a Nook in a Ugandan refugee settlement, bringing education to those displaced from their communities by war. And everyone knows that education is key to helping people rebuild their futures after devastation!

Similar to the aspirations of ‘The School on a Sailboat’, Project DEFY aims to bring education to hard-to-reach places, and to allow education to be personalized and student-led.

As Anneli Rautiainen, Counsellor of Education at the Finnish National Board of Education says, ‘We must stop feeding on the idea that learning only happens in classrooms.’ Education isn’t bound to schools. There is an opportunity to create educational experiences everywhere, whether that’s because of a personal choice to take your child out of formal education, or because formal education is not accessible to you.

"
Pre-primary school has its own curriculum. The curriculum focuses on a child’s individuality, the significance of active learning, and the importance of acting as a group member.
"

On a less extreme level, some parents are delaying the start of formal education for their children and are deciding to homeschool their children for the first few years.

Following Finland’s example, some parents are deciding that 4 or 5 years old is too young to send their children to school and have decided to homeschool them instead until they are seven years old, which is when Finnish children formally start school. This approach is seen to help ease the introduction of school to young children and allows them to develop further before being placed in a formal atmosphere. Even though Finnish children start school later than other children, they still appear to start school at seven already being able to read and write.

Before Finnish children start school they attend pre-primary school to  prepare them for school life.

Pre-primary school has its own curriculum. The curriculum focuses on a child’s individuality, the significance of active learning, and the importance of acting as a group member. It is seen that children of below seven years old can learn adequately enough through play, rather than formal lessons, and so this approach is central to pre-primary education.

Home-schooling at this age allows children to learn-through-play, and they also get to spend more time outdoors which suits families who are interested in the Forest School movement. Home education for many parents is about establishing a love for learning, which is needed in a world that is ever-changing – meaning that we all need to be lifelong learners if we are to constantly keep readapting to the changes happening around us.

From travelling round the world on a sailboat, to makeshift learning centres that inspire self-learning in refugee settlements, to spending the first couple of years at home – unschooling is a trend that is spreading and which allows for a level of personalization that standardized education could learn a thing or two from.