Five Of the HundrED 2019 Global Innovations, In Their Own Words: Part One 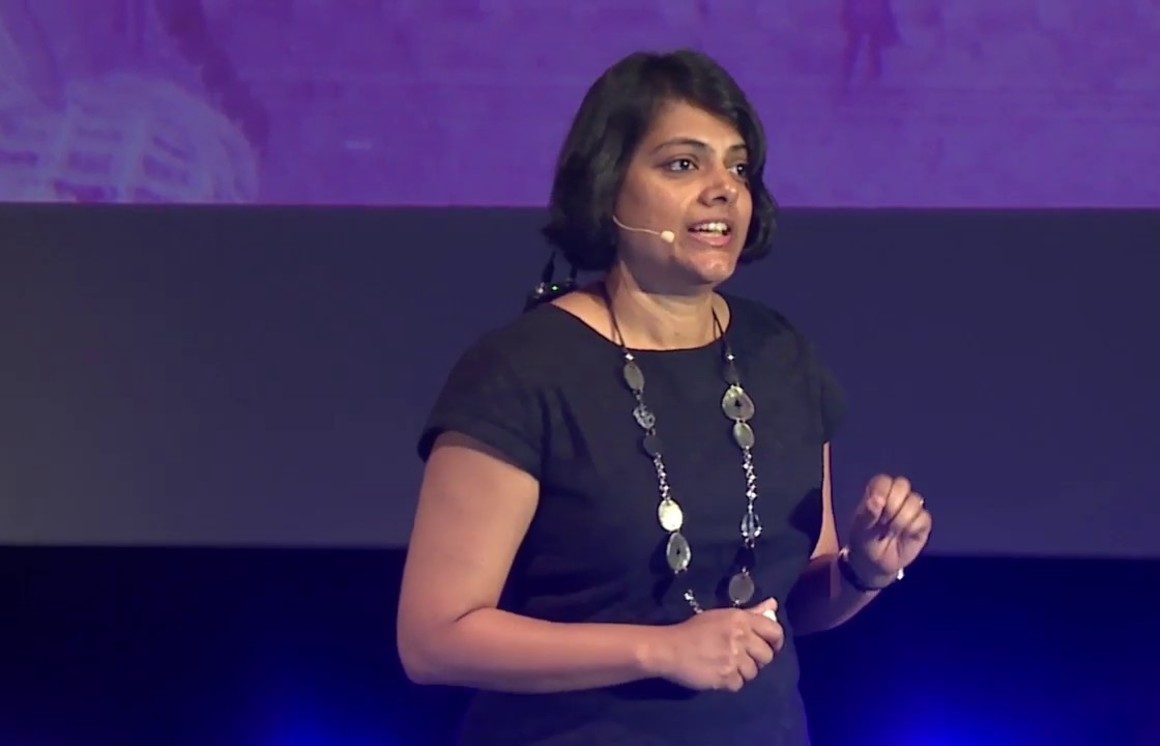 Back in November 2018, we launched the HundrED Global 2019 collection of inspiring innovations in a packed auditorium in Helsinki. Watch five of these innovators share their inspirational, impactful work in their own words.

Back in November 2018, we launched the HundrED Global 2019 collection of inspiring innovations in a packed auditorium in Helsinki. Hundreds of educators, innovators, and ambassadors from around the world came to celebrate, with many more people tuning in over livestream from home.

As Pukhraj Ranjan, Head of Community, explained, the global collection 2019 showcases the most inspiring innovations around the world. Our eventual aim is to have ambassadors and innovations from every country on the map, and effectively “color the whole world pink”.

In the opening segment of the launch event, ten innovators from various countries and continents addressed the crowd, using their three minutes to share how their innovation is helping children around the world to flourish.

Here’s just some of what the first five innovators had to say.

Lyfta creates immersive real-life stories from around the world, where children can look around in 360 degrees and learn about the contexts they’re exploring through powerful character-led documentaries and multimedia elements. It’s the creative vision of filmmaker duo Paulina Tervo and Serdar Ferit, who was also once a teacher.

The seed of inspiration? It was a trip to a small village in Ethiopia. “For once,” remembers Paulina, “we didn’t think ‘we want to make a documentary’, we thought ‘we want to take people here,’ and that’s what led us on our journey to immersive storytelling.”

But the immersive video they created wasn’t initially intended for schools. Serdar’s father, a lifelong primary school teacher, implored them to show the footage to children. And when they took it to a primary school in Ipswich, England, the children were so enraptured that they didn’t even want to go outside for their break. Serdar recalls how at the end of that session, the children recalled everything they’d seen and answered every single question perfectly. When he looked over at the teacher, she was wiping away tears – she was so inspired by the intelligence, the sensitivity, the articulation of the children. That’s when the duo decided teachers and students were their ideal audience. That was when Lyfta was born.

“Humankind needs worldly compassionate and thoughtful changemakers, and we believe that it's our responsibility as innovators in education to inspire and empower children, to lift society and the workplaces of the future.”

“Multisensory, emotional and real-life learning experiences are proven to be more memorable and impactful and that’s exactly what we bring to classrooms with every Lyfta story”

In 2007, Oliver Percovich traveled to Afghanistan, along with his skateboard. It struck him that Afghans weren’t at the center of development processes. Whatsmore, half of the population was under 15 years of age, and very few people were engaging with young people and finding out what they wanted. Oliver knew one thing, “If there’s going to be sustainable solutions, it’s got to be Afghan-led”.

When the skateboard captured the attention of young people out on the streets, Oliver decided to listen. That was the start of skateboarding in Afghanistan.

Oliver created Skateistan, an organization that uses skateboarding and creative arts-based education, to get kids back to school. They also have a youth leadership program. Since the days of skateboarding on the streets, the idea of Skateistan has spread and there are now two schools in Afghanistan, two in Cambodia and one in South Africa.

“It’s all about the impact”, says Oliver. Skateistan is reaching the most vulnerable young people and getting them into education. 20% of the students at Skateistan live with a disability. The impact that skateboarding has speaks for itself: in both Cambodia and Afganistan, for the first time ever there is a sign-language sign for skateboarding. Skateistan is big on female empowerment, too. 51% of their students are girls, and women make up 49% of staff and 65% of the board. In a nomadic tribe in Northern Afghanistan with a literacy rate of less than 1%, girls are now going to school and becoming literate for the first time. Skateboarding is the biggest sport for girls in Afghanistan, and strikingly, Northern Afghanistan now has the biggest concentration of female skateboarders in the entire world!

“Anything is possible if you put your mind to it.”

“We live in a world that’s hyper-connected, yet disconnected. And our education system is no different,” says Josh Schachter, Founder of CommunityShare.

This became clear to Josh 10 years ago, while teaching photography to high school refugee and immigrant youth in Tucson, Arizona. When the young people were asked to photograph what it means to have a home, to feel at home, to come from a different home, almost every single student photographed isolation from the broader community.

Josh wondered, what can we do to help reconnect students to the broader community?

So he united local community partners and students to work on real-world projects together.  Projects were varied, including working with landscape architects to redesign campus and even partnering with senators and congressmen for a student-led congressional briefing on how to reform refugee and immigration policy in the US Senate.

But after eight years, Josh left that high school, and all those relationships and all of that social capital left with him. “I was both the solution and the problem. So I started to think, would it be possible to create a human library that any student, any teacher, could tap into in their own city?”

This was the beginnings of CommunityShare, an online platform that some compare to a Match.com for teachers, who can go online and find local partners willing to work with students on real-world learning projects. “CommunityShare’s focus is really how do we use technology to bring people together, away from technology? To build relationships in person, get caring adults connected to young people, and build the social capital of teachers and students.”

“Because who you know can shape as much of your future as what you know.”

“51 weeks ago I visited the largest refugee camp in the world, in Cox’s Bazaar, Bangladesh,” begins Devon McLorg. “700,000 refugees currently seeking safety there. 60% of those are children, most of whom never went to school. It’s as if a community the size of Washington DC landed in the backyard of the most densely populated country in the world.”

BRAC is a global charity with a mission to eliminate poverty in all of its dimensions. They believe that education is the catalyst to true development.

Over 30+ years, BRAC developed the largest private, secular education system in the world. They, along with partners like the Lego Foundation, deliver high quality, low-cost playful learning opportunities for children in some of the poorest regions of the world.

The Play-based learning model is specially adapted for the humanitarian context, and culturally relevant to the Rohingya people, even down to the design of the classroom, so that it can feel and look a little like home.

These playful learning centers support Rohingya children to develop social and emotional wellbeing and also provide a sense of normalcy for children affected by violence. There’s even a wrap-around service, including child protection, psycho-social wellbeing support, and other BRAC services, such as health and nutrition.

BRAC play-based learning centers are a space that allows kids to be kids; critical when living in the uncertainty of a sprawling refugee camp.

“I could hear the learning center before I saw it,” Devon remembers. “The sound of children singing was a welcome contrast to the harsh surroundings. A confident eight-year-old girl leads her classmates in a call and response song over and again. Later, I saw that same girl carrying a bucket of water half her size up a steep path. In the center, she gets to be a child, a leader, but outside those walls, she faces a different reality.”

Based in Bangalore, India, Dream a Dream is a non-profit empowering young people from vulnerable backgrounds to overcome adversity and flourish in a fast-changing world, using a creative life skills approach. Since 1999, Dream a Dream has impacted the lives of over one million children in India and Kenya.

The Life skills assessment scale was created to support children from disadvantaged backgrounds – the only scale of its kind in the world.  The difference? Other life skills scales assume every child across the world follows the same set pattern of development. But when children have early experiences of adversity,  such as neglect, abuse, malnutrition, or exposure to crime and violence, this has an impact on child development. This can turn up as stunted growth, poor emotional skills, poor cognitive skills, high levels of anxiety, and so on.

The scale of the problem is vast; 130 million children in poverty in India experience adversity from an early age. But the good news is that research has shown these cognitive deficits are recoverable. Children can overcome adversity and build skills to thrive in the future.

The Dream Life Skills Assessment Scale identifies children from adversity as a special group. It’s useful to measure the impact of life skills interventions that help children overcome adversity. This open source assessment scale has been downloaded over 3,000 times and is currently used in 26 other countries to measure impact.

Like what you've heard so far? Find the complete HundrED 2019 collection of inspiring innovations, here. 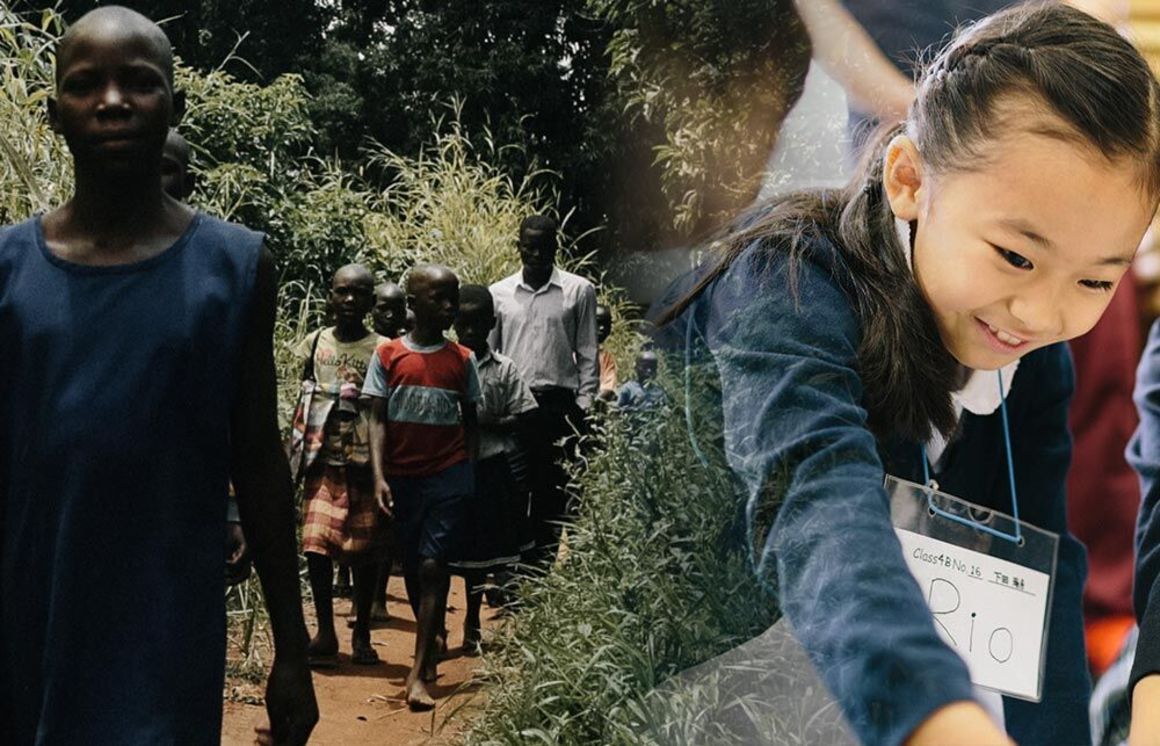 article
What Does This Year's 100 Inspiring Innovations Tell Us About Education Globally?
We chat to the HundrED researchers to discover what this year's research process reveals about the state of education around the world and to gain their valuable insights.
7.11.2018 Josephine Lister 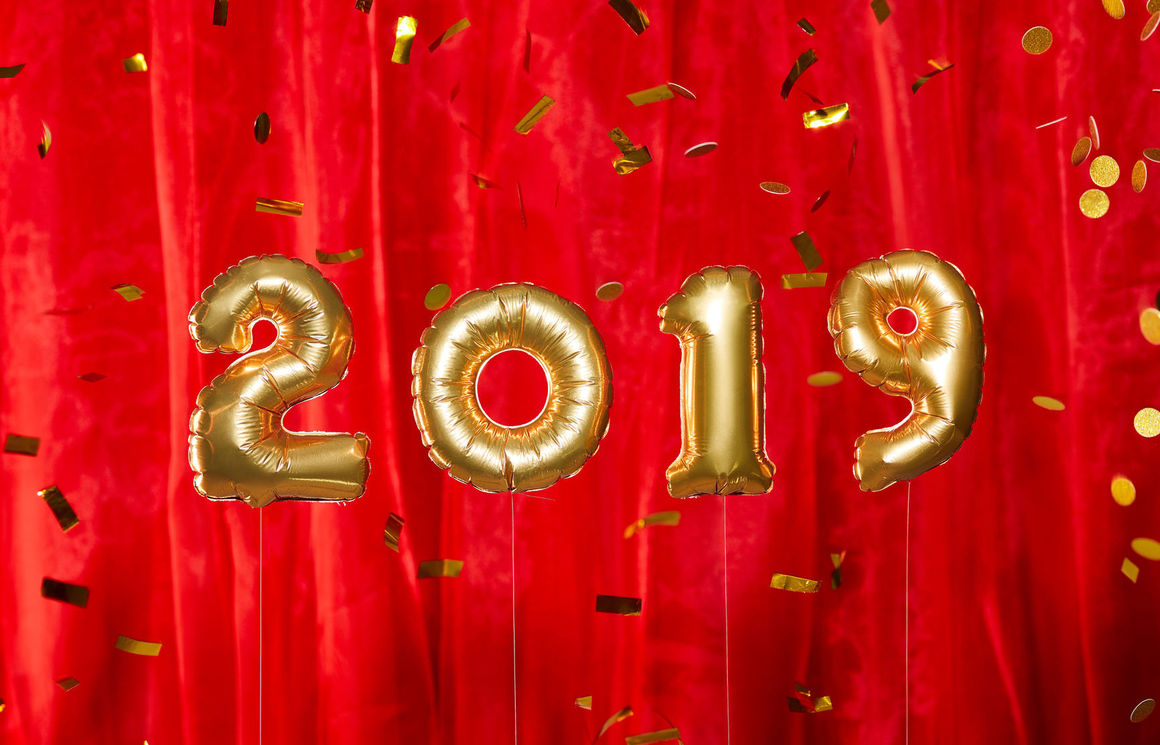 article
Our 100 Inspiring Innovations Of 2019 Have Been Announced!
This year's collection of 100 inspiring innovations in education have been released! Find all 100, for free, on our platform and discover the world's leading education innovations.
7.11.2018 Josephine Lister