We are using cookies to give a better service experience. By using our services you agree to use cookies. Read more
Accept
Reject
search
Search
clear
/en/articles/design-for-change-shares-their-empowerment-algorithm-for-international-youth-day
https://cdn.hundred.org/uploads/article/cover_image/1192/wide_65217297_2244503399197671_6635609075138691072_o.jpg
article

In her perpetual search for the ultimate educational intervention for building self-esteem, Ruthie Sobel Luttenberg has journeyed from working in community service, educational stores, to event management until she designed a career that weaves her dreams and talents together. Through her Birthday Angels NGO, she learned on how to make informal education engaging that it would give our youth a sense of belonging while boosting their self-esteem. Design for Change's ‘Theory of Everything’ inspired her immensely to which she brought the program to Israel, with which she now works as the Educational Director and serve on the DFC GlobalBoard as Director of Education. This article, for the International Youth Day, shares some stories of empowerment from the young people she and Design for Change serves.

“I can do anything!” Micky, a Sixth Grader, on his way back with the other members of his student council from the Mayor’s office bouncing with excitement says to his teacher “I can do anything.” Surprised at this proclamation his teacher asked him why. “We wanted to raise money to lay sod on our soccer field. We decided that if we run a campaign to conserve water and electricity in the school, the Principle will give us the difference saved in the bills to put towards the project.

After months of a campaign, we were still short. So, we went to the Mayor, shared our story and he gave us his support. If I can get 1000 Shekels from Mayor, I can do anything!”

My entire professional life has been to use educational/social platforms, formal and informal to nurture self-esteem. In 2005 I established the Birthday Angels Birthday Party Project that celebrated the most important day of the year with a party for underprivileged children. What is more basic to our developing sense of self than being told we’re loved and important on our birthday?

As Maslow taught us, self-esteem is central to self-realization. We also trained youth at risk to become party facilitators and volunteer in their own communities which built their sense of confidence and boosted their feelings that they are valued and of value.

Then in 2011, I had an epiphany when I discovered Kiran Bir Sethi’s Ted talk which inspired me to reach even higher and help youth take that confidence and use it to change the world for themselves and others for the better. This approach goes beyond the sense of belonging and even of the self-esteem garnered from the recognition of the good we have done. This platform could help children find their real voices and make those voices heard.

The Design for Change (DFC) framework which Kiran Bir Sethi, Founder of Design for Change is a simplified version of the process developed by Stanford University’s IDEO in the 60’s. It is a methodical, four-step framework, called FIDS, an acronym for ‘Feel, Imagine, Do, Share’, which, if followed, manifests in social action projects that heal, fix, improve and add value to something that mattered to them in their world.

But this framework is more than a recipe for project-making. It is an algorithm for empowerment. Following the methodology generates a feeling of accomplishment and pride. Whereas most projects begin with the ‘doing’, DFC starts with empathy and ends with measured impact. Design thinking begins with the understanding we have of how we and others perceive the problem at the ‘FEEL’ level. What do the people in the situation experience? This demands that we engage before we impose our solutions. Once we understand the problem deeply, we ideate creative solutions to impact on the situation and we iterate our solutions until we ‘get it right’. The boost experienced when we ‘succeed’, especially when we use our strengths and talents, fills us with a sense of pride, accomplishment and empowers us to believe that we CAN make a difference.

Shelly grew up in the most challenging conditions. Her background was underprivileged, from a bad neighborhood with dysfunctional parents. She got mixed up with the wrong kids, alcohol and drugs. One day her when her teacher challenged them to identify the places in life where they felt unsafe. This spoke to Shelly and two friends who, like her were locked into a social weave they couldn’t shake. She decided that this was her chance to change. She and her friends began giving talks in school about the dangers of alcohol and drugs. At first, she was insecure, but the more talks she gave, the more confidence she built. Then came the shift. She began to share her own personal story and confronted the demons that kept her in the clutches of the wrong company. In her words, she moved from ‘follower’ to ‘leader’. 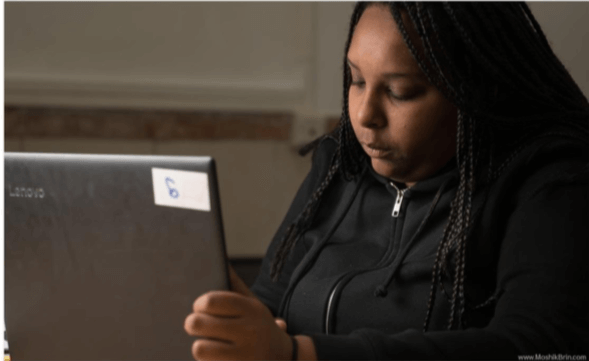 Eliya, an 11th Grader, hardly came to middle school. His mother is sick with cancer, his family and neighborhood struggle and, Eliya hardly came to school. When he did show, he was uncommunicative and spent most of his time on his tablet. Vered, his teacher was determined to reach him. On one of the days he came in, she asked him to document with his tablet the work the Design for Change groups his class was doing. This is something he liked and was good at. He started coming into class now on a regular basis. But as the time went by and he followed the process as he was documenting it for others, he became motivated to do something that he never thought possible. He loves music, making it and listening to it. He felt that there should be a place in school where he could play and listen to music. That was it. Eliya went into full gear. He and friends who felt excited like him for the opportunity convinced the Principle to give them a room which they furnished and soundproofed. They turned to the community and collected instruments, including a piano (!) and drums, speakers and headsets and set up a music room that has become a respite for kids who need to chill in school. Why does this matter? Because Eliya went from a disengaged kid with bad grades to an involved leader who, because he came regularly to school now, was doing well in his school work and grew in popularity. The high schools in his town were now vying for his to enrollment. 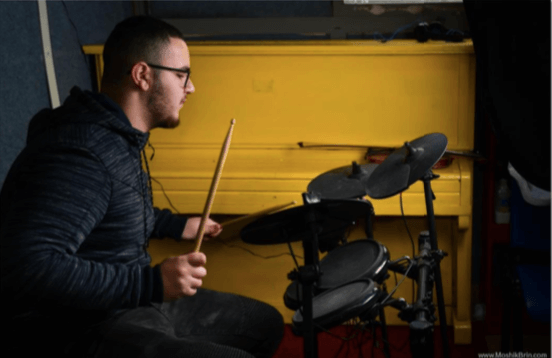 In Diti’s Third Grade class the children felt that lots of kids need help with homework and they decided to create an after-school learning center.

It was so successful and so much fun they were inspired to do more. One day the guidance counselor gave a talk about the dangers of smoking. The children spoke about how much it bothers them when people smoke in public places. Now they knew the drill. They went out and mapped all the public places in their neighborhood where people smoke and put together a campaign. They knew they had the tools to go out and change what they don’t like.

Fluency in the process becomes a life tool. It is about much more than doing projects. One day at school a teacher walked out of the class angry at the students. Here is what I overheard from the students standing outside that class in front of a big poster of the Feel-Imagine-Do-Share process “Wait, what do we feel? What’s the problem? We have to figure this out before we decide what we have to do”. 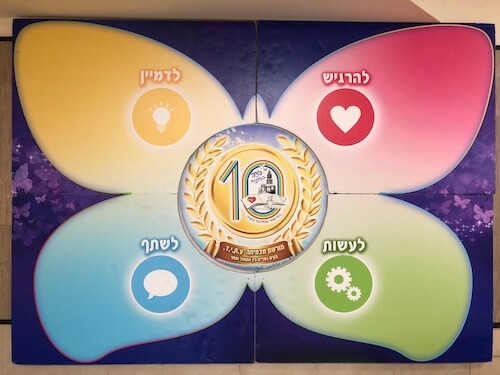 That was it. I understood how when kids have a formula that works for them, they use it. This is the greatest gift we as educators can give our kids, the tools and the confidence to believe that they have the power to make their world better and shape it to be the world they think it ought to be.

These are only a few of the hundreds of thousands of stories that have been pouring in since Design for Change spread throughout the world. These stories matter because they are shaping the world of these children and becoming fluent in the language of change is empowering them to take charge of this world which needs so much fixing.

To know more about Design for Change, explore their innovation page here.

Design for Change
We are offering the world a magic formula! A simple four step framework to make every child graduate
RECOMMENDED FOR YOU
article
Campus 2016 : from Pulled Oats™ to Donald Trump
This year Campus was hosted in Finland’s largest movie theater auditorium, where 700 teachers came together to hear about the latest innovations and research into educational methods from across Finla
Gamification Professional Development Robotics Sustainability
View
article
Empathy is the Future Trend in Education
The return to a divided world has made people question why there has been a shift in popular mood towards intolerance, with many pointing to a lack of quality education as to why people have xenophobi
Compassion
View
article
Are A-Level subjects in the UK representative of the skills students need?
Art History and Creative Writing are just two of the latest A-Levels to be axed from the state curriculum in the UK...
Assessment Assessment Professional Development
View
community interview
Sir Ken Robinson Compares Human Organisations to Organisms: Education Is A Dynamic System
Sir Ken Robinson, Ph.D. is an international educator based in Los Angeles, California. He is a world-leading speaker on topics such as creativity, innovation, and human resources in education and busi
Collaborative Learning Communication Compassion Educator Agency Flipped Classroom Real World Learning School Leadership Self-esteem Student Voice and Agency
View
Load more