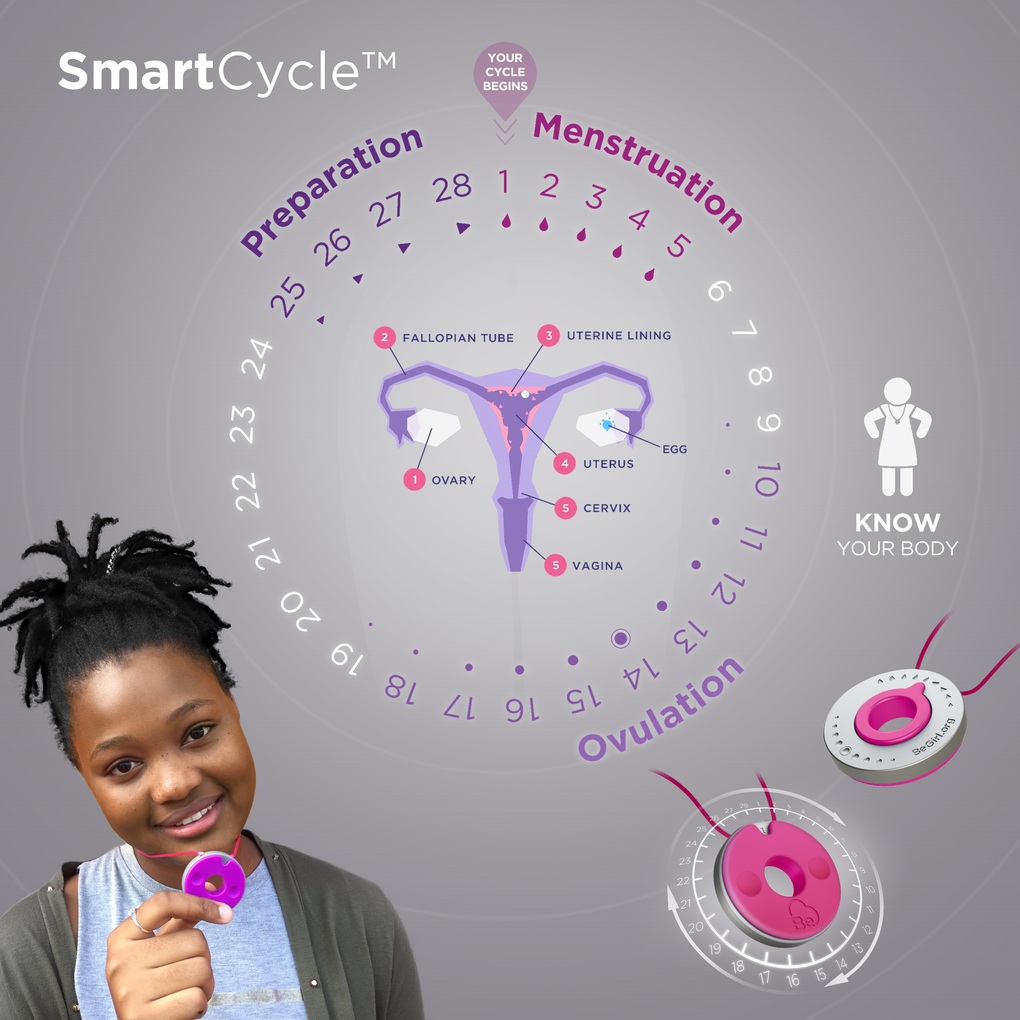 Washington, DC
The SmartCycle® is designed with and for adolescent girls to enable them to track their periods and understand their bodies. Be Girl conducts interactive, age-appropriate workshops with the SmartCycle® tool to put knowledge in the hands of girls. We know it is vital to bring boys into the conversation as well, so we adapt the SmartCycle® methodology into empathy-based workshops for boys.
Introduction

Learning from Mozambique: How the SmartCycle® improves menstruation knowledge and attitudes

“The SmartCycle® workshop produced improvements in girls’ and boys’ knowledge and attitudes about menstruation: after the workshop, the percentage of girls who believed menstruation is something positive increased from 62% to 73% and for boys from 66% to 90%.”

Audrey Anderson, COO of Be Girl

From August – November 2018, Be Girl conducted a menstrual health education initiative using its SmartCycle® methodology in 30 schools (8 primary and 22 secondary) in the Maputo area reaching 14,499 students (13,196 girls and 1,303 boys). To better understand girls’ experiences with menstruation and capture the outcomes of the SmartCycle® education workshops on adolescent girls’ and boys’ perception, knowledge, and behaviors related to menstruation and male-female relationships, Be Girl conducted pre- and post-workshop surveys with 5,413 girls and 996 boys aged 10-19. Our data revealed several key insights:

1. Managing menstruation stands in the way of girls’ full participation in society: 27% of girls reported difficulty attending school while on their period, but, perhaps more importantly, 43% reported difficulty concentrating in class. Most alarmingly, 55% of the girls reported that their periods limit their mobility, revealing that inadequate menstrual hygiene management severely limits girls’ full participation in society. Menstruation also affects girls’ interaction with others. 29% of the girls reported feeling either felt ashamed or scared around boys when on their periods. The number one reason that girls cite for difficulty attending and concentrating in school during their periods is a fear of leaks and stains.

3. Infrastructure to support safe, comfortable, and hygienic menstrual health management is lacking: Access to private space is limited at school, and 68% of girls reported that they do not feel comfortable changing menstrual products at school. Nearly half (46%) of girls reported facing at least some difficulty in accessing water.

5. The SmartCycle® workshop produced improvements in girls’ and boys’ knowledge and attitudes about menstruation: A series of multiple-choice knowledge questions revealed that the workshops had a positive effect on girls’ and boys’ knowledge about menstruation: for example, the percent of adolescents who correctly identified that menstrual bleeding is the shedding of the uterine lining increased from 56% to 81% for boys and from 32% to 71% for girls. Attitudes shifted noticeably as well: after the workshop, girls who believed menstruation is something positive increased from 62% to 73% and for boys from 66% to 90%. The percent of boys who believed it was not normal to interact with a girl when she is on her period decreased from 19% to 5%.