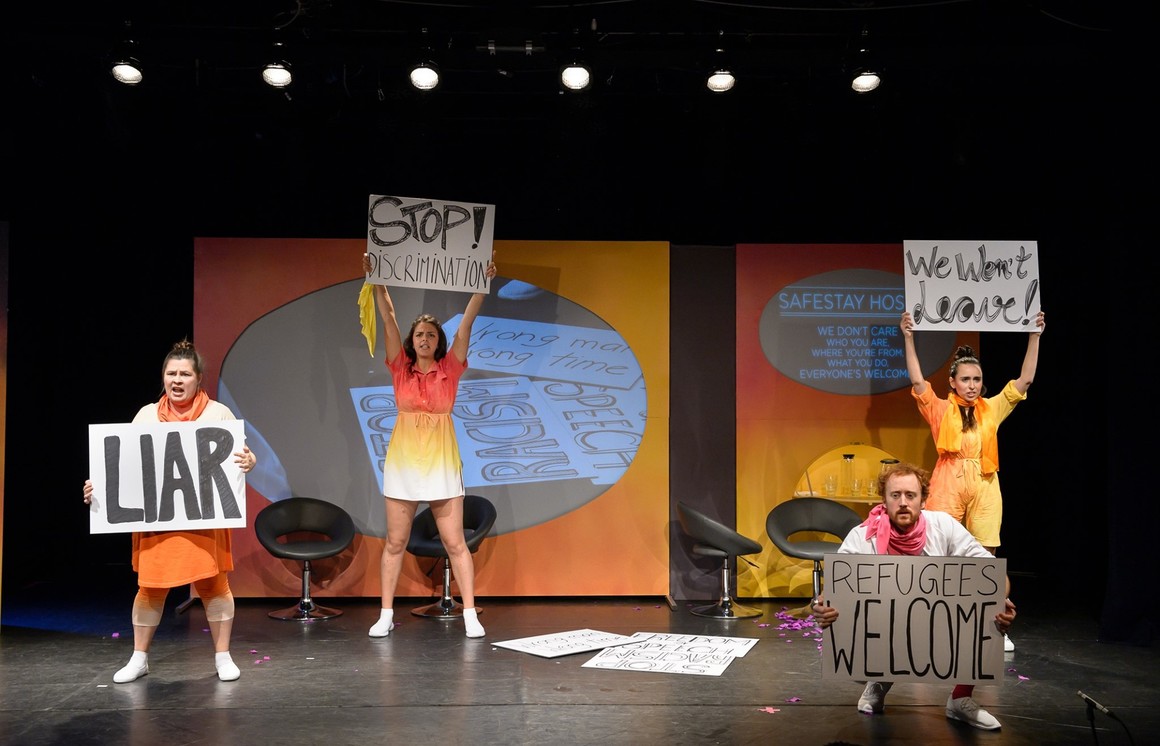 play_arrow
We develop and produce English-language or bilingual plays for children and teenagers since 1985.

location_on Berlin, Germany
We are an independent Berlin-based theater group, which develops and produces English-language or bilingual plays for children and teenagers. We explore themes which interest us and which tie in with the experiences of our audience.
Language Learning, Theater Education
Overview

What we're all about!

Founded in 1985, English Theater Platypus Theater is one of the most outstanding and productive independent theater groups in Berlin. Since 1992, the concept has been to present plays in English to young German audiences. Platypus is THE English language-theater for children’s and youth-theater in Berlin. Having no theater of its own, Platypus co-operates with numerous Berlin theaters but most of the performances are in the BKA Theater in Kreuzberg. Approximately 110 performances take place in Berlin annually. On top of this, Platypus tours its productions throughout Germany. More than 24,000 young people see our shows each year.

Next to the performances, Platypus also offers theater workshops to students, either based on their plays or other topics. Everything with one thing in mind: Learning English through theater.

The actors, authors and musicians working for Platypus Theater are from numerous English-speaking countries such as Australia, New Zealand, England, Ireland, India, South Africa or the U.S.A. Because of our multi- national ensemble the “foreignness” that is a central theme in our plays is not only played out, it is real: with the foreign faces, mentalities and experiences of the participants.