Anyone can submit their innovation to HundrED Open. All information on this page is provided by the innovator and has not been checked by HundrED. Innovation page has been created on June 29th, 2019
Key figures 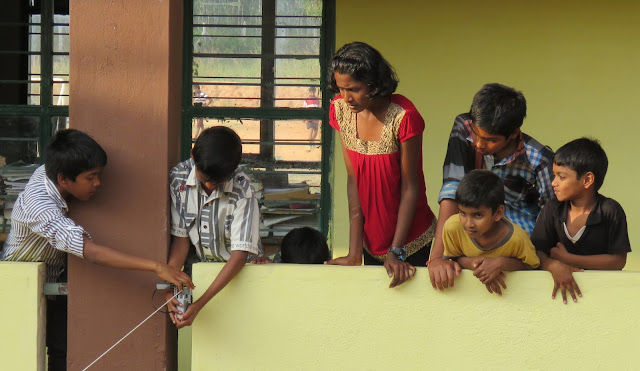 Inventors4Change is a project that promotes highly innovative and engaging connected learning experiences between students and teachers in different countries.

It is not the typical global education initiative, where classes from different schools make cultural exchanges. Inventors4Change tries to go one step further: it promotes true co-creation between children from different countries, who end up creating collaborative digital stories about social topics that they have previously researched and debated.

The project aims for participating children to become changemakers in their communities. It uses creative learning technologies and a methodology that has already been tested in 7 countries with more than 2000 children.

During the first few years it focused on connecting disadvantaged schools in South India with schools with large percentages of newly arrived migrant children in Catalonia.

Then, in parallel, Colombia joined the network, and we launched the European InventEUrs project (Erasmus+), which for two years has replicated the Inventors4Change model in Spain, Italy, Romania and the United Kingdom.

The European project allowed us to develop the GlobalChangemakers digital platform, which is now the tool we use for teacher connections, and a MOOC for online teacher training.

Once two classes from different schools have been paired, it begins a process that lasts a few months. Each year there is a big social topic on which children's projects and research revolve (the topic is linked to one of the UN Sustainable Development Goals). (1) The children in each class are divided into teams that present themselves through a blog (with videos, photos, showing their schools, etc.). (2) Then each team begins to investigate the social topic and shares its findings on the same collaborative blog, where a (3) debate is created among all participating schools. (4) The teams hold videoconferences with their partner teams in order to get to know each other, talk about the social topic, have cultural exchanges, etc. (5) Afterwards, each pair of teams has to co-design a story (creating a script, a storyboard, drawing and painting the characters and scenarios, etc.). All that artistic work is put into the computer and through Scratch, (6) each pair of teams co-creates the interactive digital story (and during that process they learn programming). (7) At the end, the projects are published on the Internet and the children make presentations in their schools, with their families, and sometimes in other schools.