How can a building develop students’ independence?

Countries
Target group
All
Updated
October 5th, 2022
Having the framework of such an excellent building makes all of our jobs so much easier. I still get a lift from walking through the doors each morning, with a recognition that I am extremely privileged to work in this fine structure and with these amazing people and children. 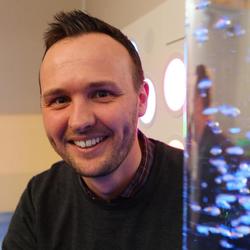 What is Hazelwood School?

Schools built over the last 50 years often resemble office blocks. Built as quickly and as cost effectively as possible, few buildings are aesthetically inspiring nor do they demonstrate that the children who attend are valued. Instead, schools may feel functional and institutional.

Children with severe complex needs will be unable to lead completely independent lives but the more independence they can achieve will lead to greater choice as adults. While they may have additional learning needs, they all still have the same social needs as other children and they, and their parents and carers, have the right to have these needs catered for.

Hazelwood School is a state school with around 54 pupils all of whom have multiple disabilities. Their needs are particularly complex as each pupil has a combination of at least two of the following - hearing impairment, acute visual impairment, and mobility or cognitive impairment.

Architect Alan Dunlop was awarded the Hazelwood School project in 2007. He was committed to designing a space that would develop the children’s independence while also providing them with a safe and secure place to learn. The design consultation was collaborative and drew on the views and needs of the whole school community which was especially important as the project involved creating a new building, merging 2 existing schools together on one campus.

Architect Alan Dunlop considered that even the “smallest feature of the architecture could also be conceived as a learning aid”. Details such as signage being at a consistent height throughout the building so students can find it quickly demonstrate that the needs of the children were at the centre of this design. Staff have observed the way in which the building has had a positive impact on the students’ learning and the atmosphere within the school.

Main concepts
If looking to design a school incorporating the main concepts you can find below descriptions from the architect who established them from the start of the project.

The building would be made from sustainable materials that age well and the school would be open but secure and sit low in the site, in part also to respect the amenity of the local residences and neighbours. The landscape and existing trees would be a fundamental part of the school and integrated into the design, so that over time it would be difficult to determine where the building interior stopped and the gardens began. The gardens could also be used as teaching spaces. The surrounding landscape would become integral to the teaching practice of the school and would allow pupils to breath fresh air, to hear the wind rustling the trees and to feel the rain.

The school design would seek to maximise natural light throughout and eradicate long dark corridors. It would support pupils and not present a burden the teachers. This was achieved by incorporating visual and tactile clues and audio cues throughout, to make it easier for pupils who could not see or had difficulty hearing to find their way around. Throughout the design development, ease of orientation was essential to support each child’s developing independence.

Design and implementation
The commission was won after an initial design competition and interview with the client group and implemented under a traditional form of architect commission and construction contract.

The commission allowed Alan Dunlop to work with the client, headteacher, carers, parents and the school’s children and young people over 18 months to develop the design. Ideas and proposals were presented by the architect and developed through hand drawings and sketches which parents and teachers could better understand and models which the children could touch and feel.

Selected design features
A consideration of design from a holistic perspective is very important.

The idea of sensory wall was proposed as a navigational tool that would allow the children to “trail” (navigating using touch) and to move around the school safely with increased confidence, sense of mastery and self-esteem. The wall also accommodates large items that require to be stored and consequently the circulation spaces are kept clutter free for ease of movement. The sensory wall is clad in cork, which has a warm feel and provides signifiers or tactile cues to again assist children with orientation and navigation through the school.

Classrooms are oriented to be north facing to take advantage of a more even, ambient level of natural light. Classrooms also have ample storage space and adaptable areas between.  Classrooms have separate gardens spaces and focus-learning rooms between, which offer viewing for staff and visitors without disturbing the children.  These areas also offer quiet time if needed. The lack of clutter in the classrooms and on the walls, generates a calming atmosphere without unnecessary visual confusion.

Colour is used as a contrast throughout the school. Set against a neutral background, blocks of strong colour provided additional clues to further help children with residual vision navigate their way around and maximise independence.

The building weaves around existing trees and the curved form means that both internally and externally the building is broken down into manageable spaces. The scale of these is then more appropriate for navigating and minimises any visual confusion by reducing the extent of the spaces.

The school is naturally ventilated throughout and sound insulated beyond the specific requirements of the national technical standards. Teachers can open and close hidden vents within the design of the external wall to provided fresh air, when required.

Each external and internal building material was selected for their sensory qualities and to age well. The structure is exposed and made from laminated timber and the external screens and window frames are also timber, which is good to touch. The exterior cladding is primarily natural larch weatherboarding, which will grey over time to match the bark of the existing trees and has a strong grain when exposed to the elements, offering a gently rippled tactile quality for trailing

Locally sourced roofing slate is hung vertically as cladding has been used to contrast with the timber boarding. Noticeably harder to the touch, the slate walls define external spaces and have the advantage on the south elevations of being a strong heat source, providing another navigation tool for students. 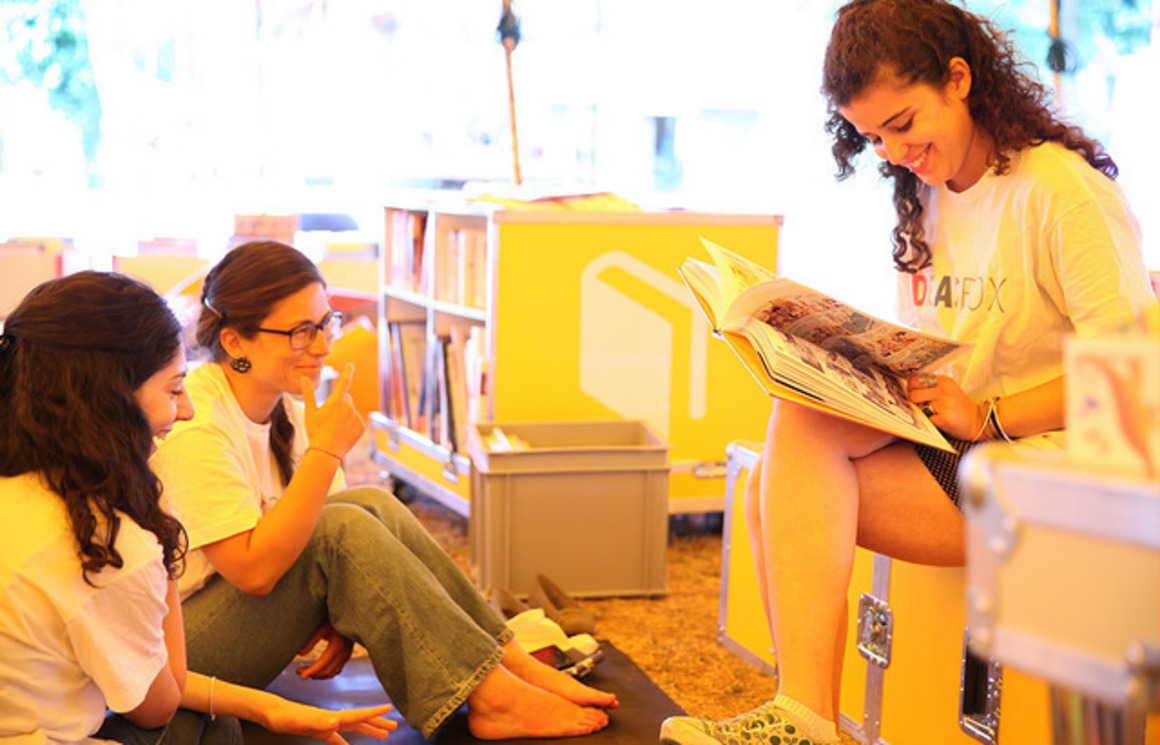 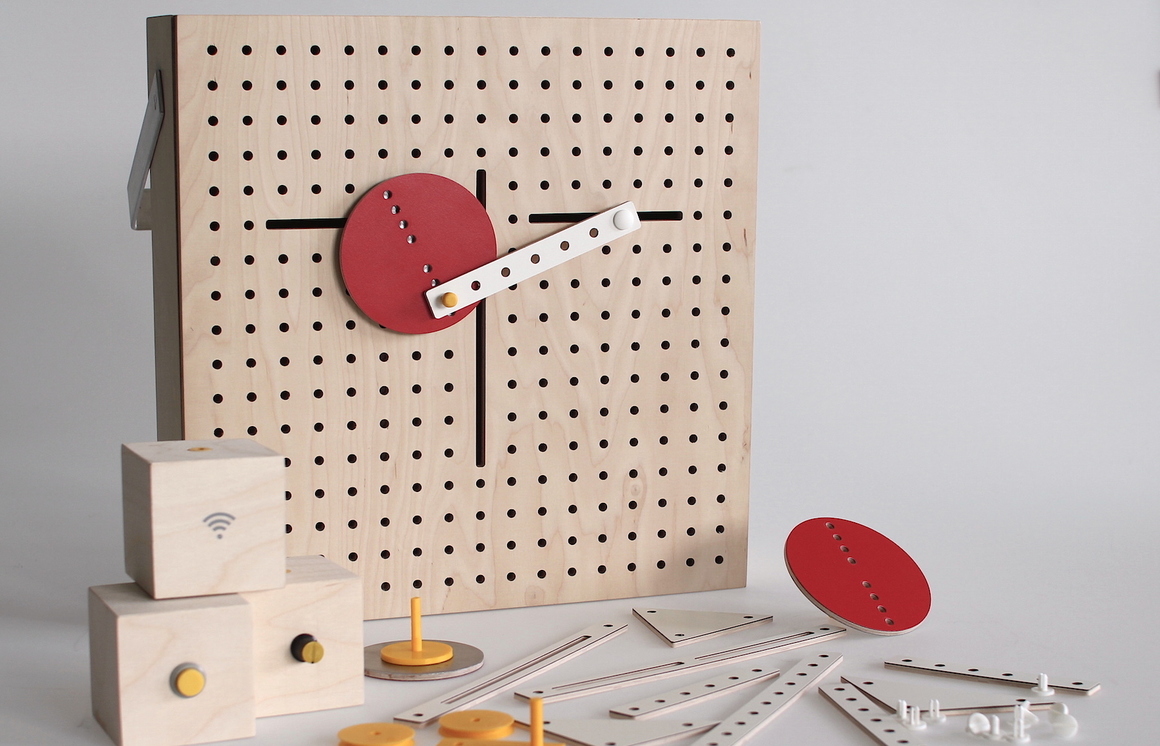