We are using cookies to give a better service experience. By using our services you agree to use cookies. Read more
Accept
Reject
search
Search
clear
/en/articles/teaching-children-how-to-build-better-relationships-could-be-the-missing-piece-in-the-human-rights-debate
https://cdn.hundred.org/uploads/article/cover_image/1338/wide_Coschool_1.jpg
article

In honour of Human Rights Day today, Henry May, co-founder & CEO of HundrED 2020 innovation Co-School shares the inspiring work they are doing to support and protect the rights of all humans. Read more to find out how!

Human Rights under the microscope in Latin America

It is December 2019. The streets of Bogotá (and other Latin American cities) are alive with the sound of protests. Hundreds of thousands of people have been marching across the continent in recent months to protest against those that Govern them. At the center of many of the Protests, the claims of the Protestors point towards ongoing Human Rights’ abuses (in Colombia, to name but a few; police brutality, forced displacement of indigenous groups, and gender discrimination).

Dilan Cruz, an 18 year old high school student, joined the protests on November 23rd like many of his peers, to argue for his right to free higher education. He could easily have been a participant in one of our projects in Coschool. He was shot in the head by a tear gas canister from 10 meters by a riot police officer (part of the infamous ESMAD) and died, in hospital, 36 hours later.

What might this – and the protests in general - mean for Human Rights in Colombia, and what might it mean for Coschool? 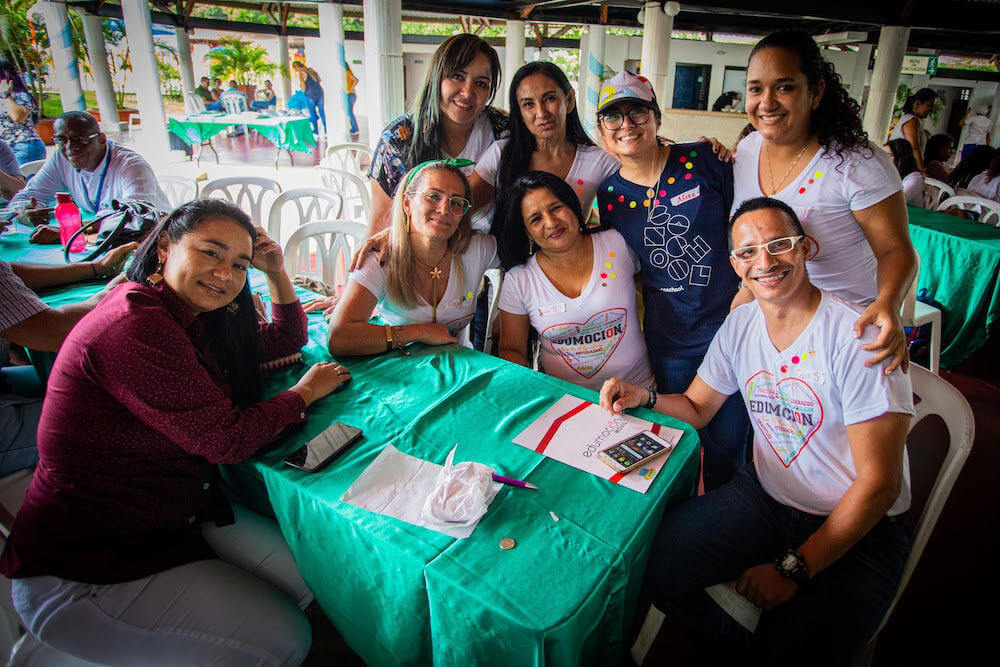 Human Rights’ day on December 10th has given us a chance, in Coschool, to re-sharpen our focus on what we do, in the light of the current tensions we are experiencing in Colombia. We are in the business of developing social & emotional skills in youth and teachers across the education system. Our programs aim to provide tools and create environments where humans take care of each other. Increasing empathy, collaboration, conflict resolution, and ethical decision-making lie at the core of our work. Today, those skills seem to be missing from those in power.

Defined by the UN as the rights inherent to all human beings, regardless of race, sex, nationality, ethnicity, language, religion, or any other status. Human rights include the right to life and liberty, freedom from slavery and torture, freedom of opinion and expression, the right to work and education, and many more, everyone is entitled to these rights, without discrimination. In countries and communities where there are acutely unfair distributions of power, the human rights of the vulnerable, the poor, the less powerful must be closely protected. Colombia ranks as the 4th most inequal country in the world, an astonishing statistic when it also the 38th richest according to its GDP; and as that disparity implies, this is a country rife with Human Rights’ violations. 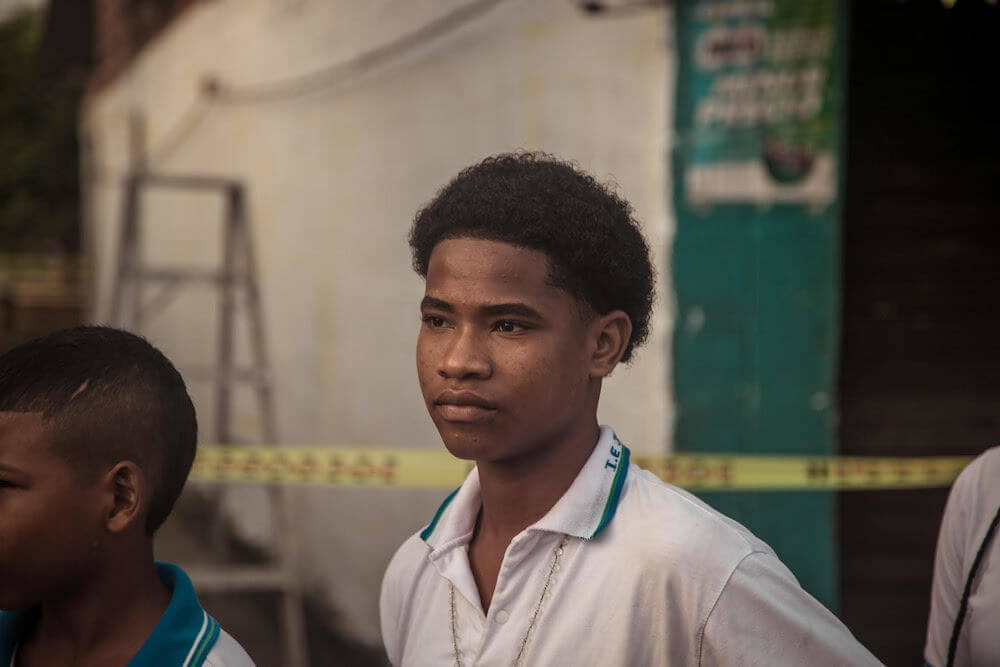 Protests have worked in the past to move society forward on key humans rights issues (famous examples: the Suffragettes and the American civil rights movements.) Today, protests can quickly go viral and spread across borders, leaving politicians with nowhere to hide. Take the Chilean feminists’ anthem “A Rapist in your path” – a protest song rippling across Latin American and demanding women are treated fairly. Thanks to the connected age we live in, social media could result in a faster spread of international demonstrations, more pressure on politicians, and faster policy changes.

However, I don’t believe Coschool’s role is to be out on the streets protesting. I’ve told my team that. Some of them are also angry, but I’ve reminded them of the privileged position we find ourselves in at the moment, and of the responsibility we have as innovators in the education sector here.

We are on the front line. We can make a change. 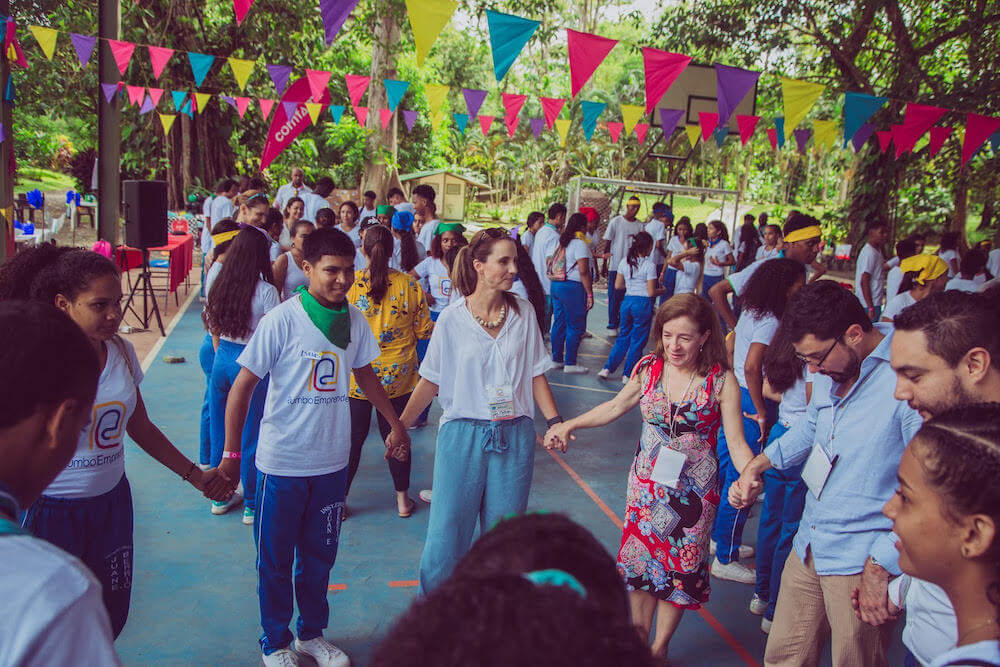 For us, the inclusion (and centrality) of social & emotional learning in Colombia, Latin American, and global schools is now non-negotiable. What should that look like in practice?

We recently finished our annual “RETO B” program for teenagers in three locations, including Medellin, for the first time. Forty 16-18 year old’s came together from 5 different neighborhoods to work together on solving social & environmental problems.

It was another reminder that young people are so capable of learning to work together to solve complex problems, and at the same time learn how to take care of each other. Our future police, presidents, and protestors need more experiences like this.

To that end, our contribution to the protests is to keep doing what we’re doing: building the skills of collaboration for Colombians that will, we hope, ensure different approaches to human rights issues in the future. To ensure less cases like Dilan Cruz. You can join in with our conversation on social media with our #habilidadesparacolombia (skills for Colombia).

To learn more about Coschool and their work, visit their innovation page here.

Coschool
In Coschool we curate the best evidence-based practices to put together our ever-evolving pedagogica
RECOMMENDED FOR YOU
article
Nature vs Tech - The Battle For The New Classroom
Why do we still force children to sit in rows facing the whiteboard, when few of us believe this actually stimulates learning? Part of this could be due to our belief that learning should be serious w
Nature Sustainability
View
article
A Very Global View on Education: What We Learnt
It was clear the ability to understand and communicate on a global level struck both the panel and the audience, and was a key topic of conversation over the course of the evening. People now have to
Compassion
View
article
It's Time to Assess Assessment
A recent study in the UK revealed that when children, in low performing categories, receive cash or prize rewards for good marks in their GCSEs they perform much better in key subjects such as maths a
Assessment
View
community interview
Dr. Joanne Orlando: Early Childhood Education Has A Personalized Approach And We Should Learn From It
Dr. Joanne Orlando, Senior Lecturer of Early Childhood Education at Western Sydney University shares how we need to learn from the personalized approach in early childhood. A leader in the field, her
After School Programs Personalized Learning
View
Load more