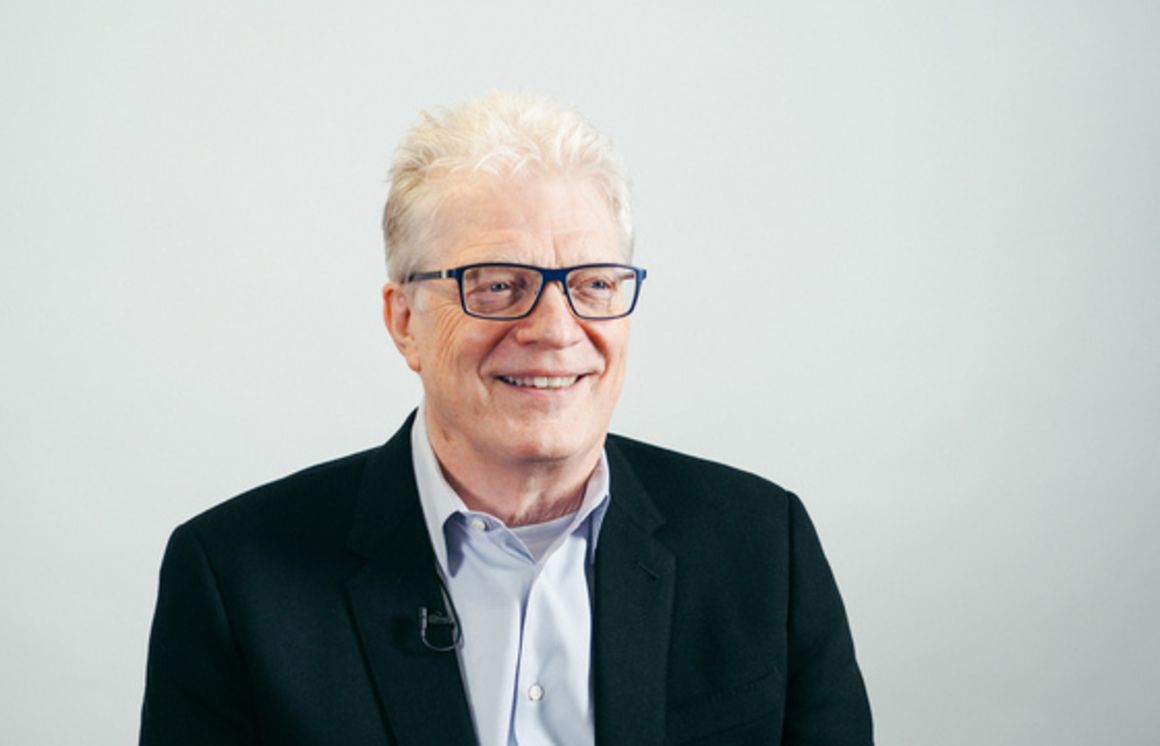 Sir Ken Robinson explains how real change comes from the ground-up and how we all have our part to play. So let's be inspired and create our own education revolution.

Over the next two years, HundrED will be interviewing thought leaders and changemakers from all over the world as well as students and teachers from the field of education. HundrED is also searching for 100 innovative education ideas from all continents to make into case studies and showcase in 2017. This time we sat down with Sir Ken Robinson and asked him how we can revolutionise global education systems.

How can an Education Revolution be Carried out Globally?

I always go back to where I began with this, by saying you have to understand what sort of a system it is. If you see it as a fixed system whose broad design came off the mountain inscribed in tablets of stone since time immemorial, then you are going to be baffled and a bit intimidated by it. But if you recognise that it is a human system, that it’s dynamic and it is changing, it makes the task more plausible.

So I always say to teachers, if they ask me, ‘how do we change the system?’ well, the first thing you have to recognise is that you are the system. That everyone in the system is a manifestation of the system.

If you change what you do then you are changing the system. If you are working with thirty kids in a classroom and the door closes behind you, what you do next is the system. So if you sit them down all facing the front, that’s the system. Because you are the system to those kids. And if you say let’s get up and move the desks around and try something different, the system is already changing at that point. If you're a headteacher and you recognize what you do in your school to be more effective, vital and interesting, you are changing the system for all the kids, all the teachers and all the parents who have anything to do with that school.

A lot of the things that go on in school aren’t actually required by law, they’re not mandated, they’re just habits that everybody's fallen into. There are very few examples of legislation, certainly in western countries, where governments have gone as far as to say the classroom has to be arranged in a certain way and there have to be forty-minute periods and it’s very important that the maths teacher never talks to the art teacher, try and make sure that doesn’t happen. And these are just habits, and they can be changed.

Step one is to recognise that you’re the system and you can begin to make the change. Second, is that change can build into a movement if people collaborate. In many countries, they focus on competition, whereas some countries such as Finland have an emphasis more on collaboration, and that’s a powerful impetus for change. If enough people change then that’s a movement. And if enough people move, and move in that direction, then that’s a revolution. And that’s what I’m arguing for.

And the last thing I’d say about it is that it’s actually happening, and things do shift. You have to take a slightly longer view of it, but as we speak States across America – fifty states, state after state – are passing legislation to approve same-sex marriage. I lived through the 1960s, at the height of the so-called ‘sexual revolution’, and there was no talk of that. It was such an outrageous idea, so far off the agenda that there would be wholesale approval of same-sex marriage, it just didn’t come up. Even when people were talking about liberation every second breath, it wasn’t – people were still going to jail for being attracted to members of the same sex. And now, state after state are saying ‘what’s the problem here?’ Just to prove that.

What’s interesting to me is that this isn’t just happening in the coastal, so-called liberal states, it’s happening right across America. And this hasn’t happened because members of the congress met together and said ‘what we need to do now is go out to the country and convince them to approve same-sex marriage because we all like it.’ Not at all, they’re doing it because there’s a shift in the culture, people saying ‘we need this, will you please get on with it.’ And that’s how social change, more often than not, happens. It bubbles from the ground up.

There’s a shift in the zeitgeist, there’s a different way of seeing things, a different way of doing things. And I think those things are happening already. In America, there’s more and more resistance from parents to standardized testing, and by teachers, and by kids.

People have begun to understand that the old bet of going to college, getting a degree and having a stable life afterwards is off. It doesn’t work the way it used to. People are resistant to adding to the mounting volume of student debt, and are thinking ‘well do I need to do this at all?’

Employers in many cases are saying ‘we’re not really interested of whether people have degrees.’ So that situation is shifting. Meanwhile, there are all kinds of disruption going on from the impact of new technologies, and the culture itself is influx all around the world. And then you get countries like China, South Korea, Singapore, Hong Kong - not a country but a territory - where politicians are saying now we need to be promoting creativity in a way that we haven’t before, we need to develop individual talents. Mainly for economic reasons, but they’re still saying it.

So there are these shifts happening. And it’s never clean, it’s never easy, it’s never simple, straight-forward and overnight; but there are forces of change at work, which I think are moving in the interests of the people who want to see this sort of transformation happen. But to come right back to the beginning, if you change what you do, if you create a new atmosphere in your school, you’ve already changed the system. And you don’t have to wait for the rest of the world to do it, you can just get on with it.

community article
Andreas Schleicher Calls For International Collaboration & Entrepreneurial Teachers Amidst COVID19
We recently spoke with Andreas Schleicher, the Director for Education and Skills, and Special Advisor on Education Policy to the Secretary-General at the (OECD) on the impact of COVID19 pandemic. In t
1.4.2020 Andreas Schleicher & Saku Tuominen 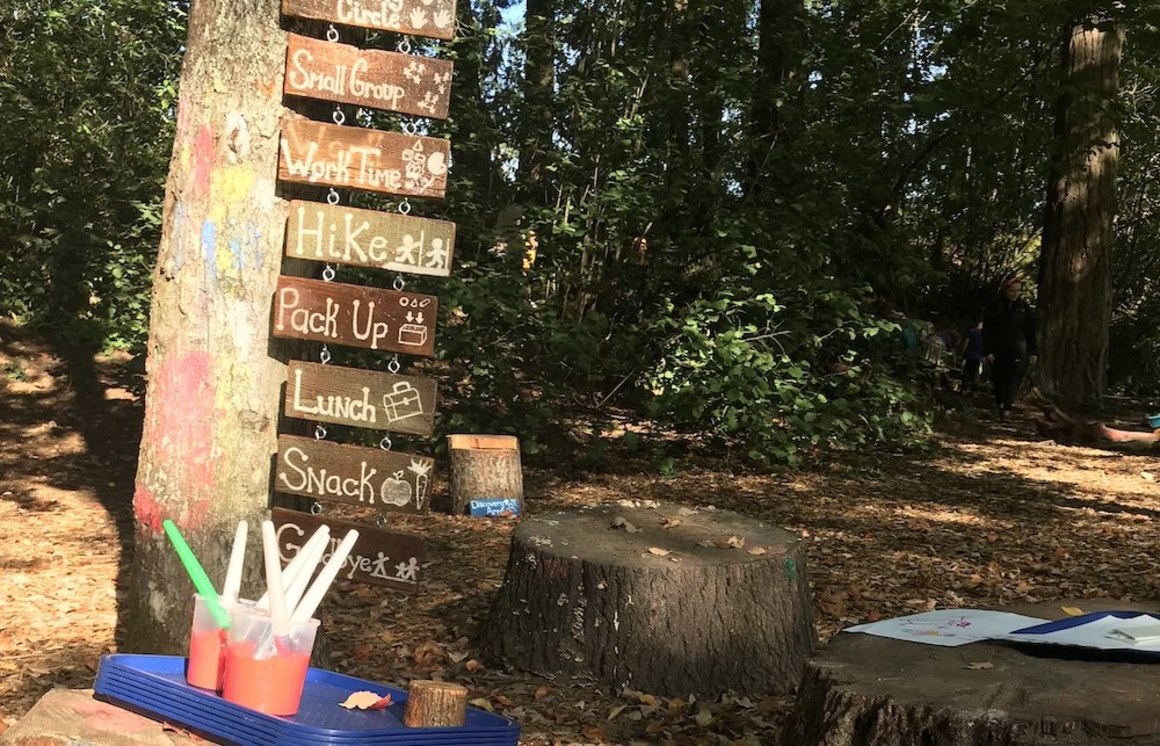 community article
What Inspires The Most Innovative Educators & How Are They Leading A Revolution In Learning? - Kellie Morrill | HundrED WEBday
Join Kellie Morrill, Executive Director of Tiny Trees, and a HundrED Ambassador from the US as she explores the question, "What inspires the most innovative educators, and how are educators leading a
2.11.2019 Pukhraj Ranjan