Protsahan Foundation India: Fighting childhood abuse and empowering girls from the ground up 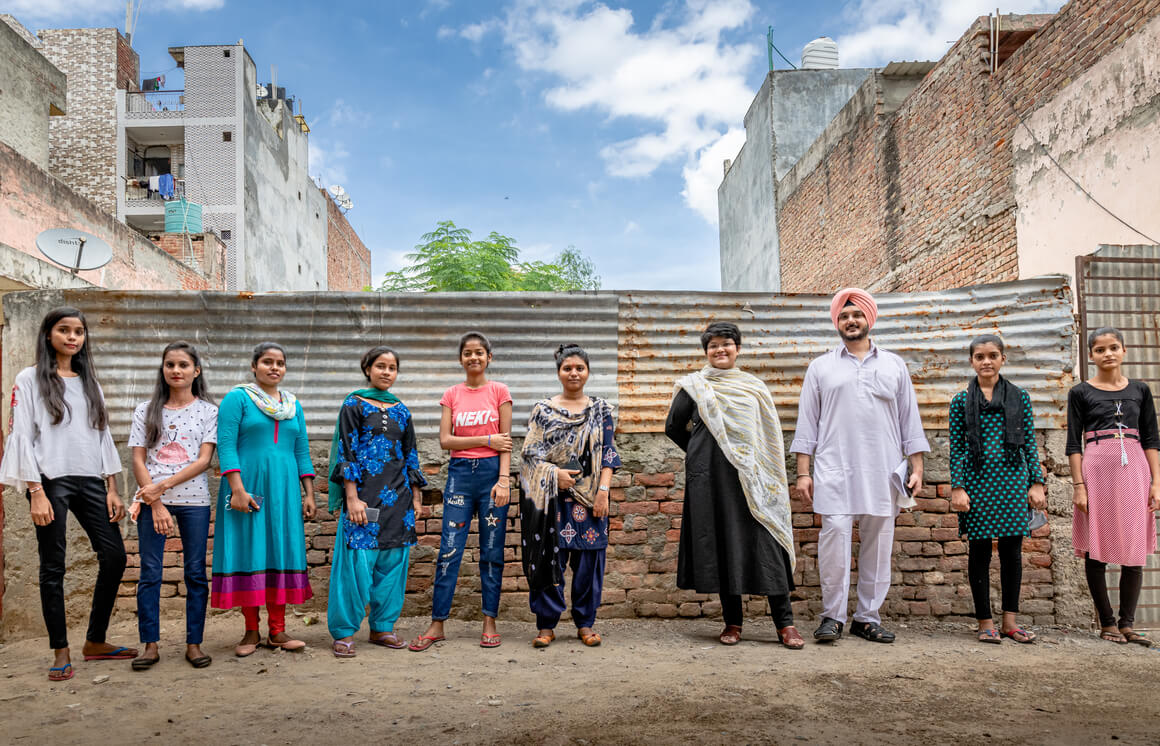 Sonal Kapoor, the founder of Protsahan Foundation India, shares the story of how witnessing child abuse in Delhi’s slums sparked an education and child protection movement across the city and beyond.

Many charity and advocacy initiatives are born out of an experience of trauma, or a desire to seek solutions to difficult situations. But the Protsahan India Foundation’s founding tale is particularly heart-wrenching.

In 2010, Sonal Kapoor, then a 23-year-old communications professional, was working on a film shoot when she met a young woman from deeply impoverished slums. “She had six daughters and was pregnant with her seventh child,” Kapoor recalls. “One of them brought me a milk tea, which is a luxury, even though they barely had a roof over their heads.” When Kapoor asked about the family’s well-being, the woman told her, “in a very matter-of fact-way, that her eight-year-old daughter was taken away by men every few days as a way of bringing in money”. If her new baby was a girl, the woman added, she wouldn’t hesitate to strangle her at birth.

That eight-year-old girl became the inspiration for Protsahan, an action- and advocacy-based NGO set up by Kapoor to offer healing and support to child abuse victims and their families.

The Marginalisation of adolescent girls in India is a significant and growing problem that remains largely invisible: Protsahan estimates around 20 percent of the country’s population is affected.

The foundation takes a three-pronged, holistic approach to supporting vulnerable girls and their families, focusing on gender justice – fighting against child marriage and other forms of abuse; fairer access to education – through grassroots movements led by girl champions in communities, and “inclusion, rights and entitlements” – connecting families to government support systems to help pull them out of poverty.

“We call it the ‘HEART’ model, 'H’ stands for healing; ‘E’ for education, which is a non-negotiable in the life of the child; ‘A’ is for art-based life skills. “‘R’ stands for recovery, from Trauma, through a lot of counseling and support services.”

The foundation’s interventions follow a five-step model based around empathy, from initial trauma therapy to a creative arts education and a full programme of recovery. “We call it the ‘HEART’ model,” Kapoor explains, “‘H’ stands for healing; ‘E’ for education, which is a non-negotiable in the life of the child; ‘A’ is for art-based life skills.” “We use an intense amount of underlying creativity in our work, from painting to theatre and dance movement therapy, photography and cinema,” she adds. A number of the girls who have gone through Protsahan have gone on to become award-winning filmmakers, highlighting issues such as child marriage and sexual abuse on global platforms.

“‘R’ stands for recovery, from Trauma, through a lot of counseling and support services,” says Kapoor.

It’s been more than 12 years since Kapoor met the young mother and her family from the slums. All of the woman’s daughters have received counseling and a school education at Protsahan, and although the woman’s seventh child was indeed another girl, “she raised her after all with excellent possible education and not a life in a brothel.”

At 23, Kapoor “never imagined” she would go on to start such an initiative before that first encounter. “I had no idea how NGOs worked, but I think courage became my capital,” she reflects.

In the initial years, Kapoor would take on three part-time jobs at any one time to fund the project: “I had a great education, for sure, but I didn’t come from a wealthy family or have the kind of network that could bootstrap me,” she says.

In 2017, Jaswinder Singh joined Protsahan as a volunteer to help structure the organisation’s website, communications, and IT infrastructures. He eventually joined in a more official capacity to scale up the project.

“It was only when we realised we needed to structure ourselves in a way that helped in bringing sustainable government services to the poorest of poor children and girls’ families that we were able to make critical hires, expand our board to bring in more diversity and talent and look at 5-10 year strategy planning processes to do this work long term for children,” he says of the changes made to make the foundation more financially stable in recent years.

“There are always good people out there willing to support good work; you just have to be authentic and, of course, have evidence for your work.”

Today, Protsahan operates five designated Girl Empowerment Centres, each of which supports more than 1,200 migrant girls in the community – the majority of whom are victims of violence, begging, deep intergenerational poverty, and other forms of child rights violation. More than 1,100 girls have been rescued and brought into mainstream education to date.

The initiative is supported by credible partners including Unicef, Azim Premji Philanthropy, Salesforce, Dasra, Divya Modi, The Bridgespan Group and The Mariwala Trust.

Through hard work and determination, Kapoor’s team has learned that “there are always good people out there willing to support good work; you just have to be authentic and, of course, have evidence for your work.”

While education through creative outlets remains a key focus of Protsahan, the foundation still works directly with local community representatives to rescue girls from violence as a first priority.

“We’ve come to understand that for a child to thrive, first she needs to survive. And for child protection to happen, social protection of her family is key.”

“We’ve come to understand that for a child to thrive, first she needs to survive. And for child protection to happen, social protection of her family is key,” says Kapoor. It’s for this reason that the first step in Protsahan’s education strategy – the “journey of the girl” – is to identify and then connect vulnerable families to government support systems.

“A saying we always come back to as a team is: when a flower does not bloom, you fix the environment in which it grows not the flower, it’s the same analogy with a broken childhood dealing with trauma and violence,” she says. Going forward, Kapoor and Singh have made the decision not to build a sixth support centre, but to focus their efforts on scaling and building the capacity of other grassroots anti-violence and education initiatives within impoverished communities with a feminist trauma-informed lens. “We have built teachable modules on Child Protection Justice System in India, STEM learning and other subjects for girls, and different models on other areas such as cyber safety, etc. that impact extremely vulnerable girls and children,” says Kapoor. “This knowledge we are offering out as training materials to other such organisations across the country and the globe – this is the best way we can expand our work and support a wider reach of children.”

A marker of the programme’s success is the ripple effect of girls’ empowerment being seen in Indian communities. “Many of the girls who are graduating from school and universities through our programmes now earn more than the brother and the father of the family combined,” says Kapoor. “This means she has more decision making-power in her family; there is no abuse and violence because she's financially independent and she understands her agency better. The entire semantics of the family changes. Of course, it takes time and patience.”

Learn more about Prostahan and its work. 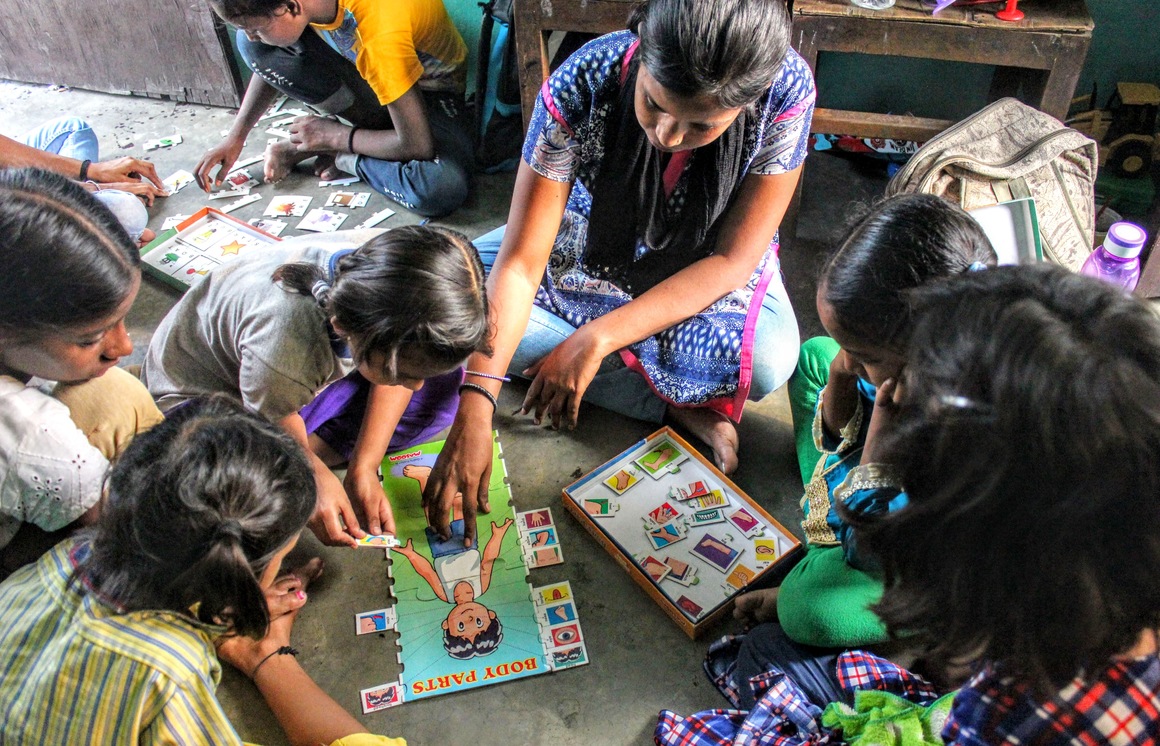 HundrED 2022
Creative Thinking Mental Health
+ 2 more
Protsahan's HEART Program
The HEART Program is a unique arts & technology based model of working with adolescent girls from underserved communities who are at risk or are survivors of abuse. Elements of the program work cohe
location_on New Delhi, India 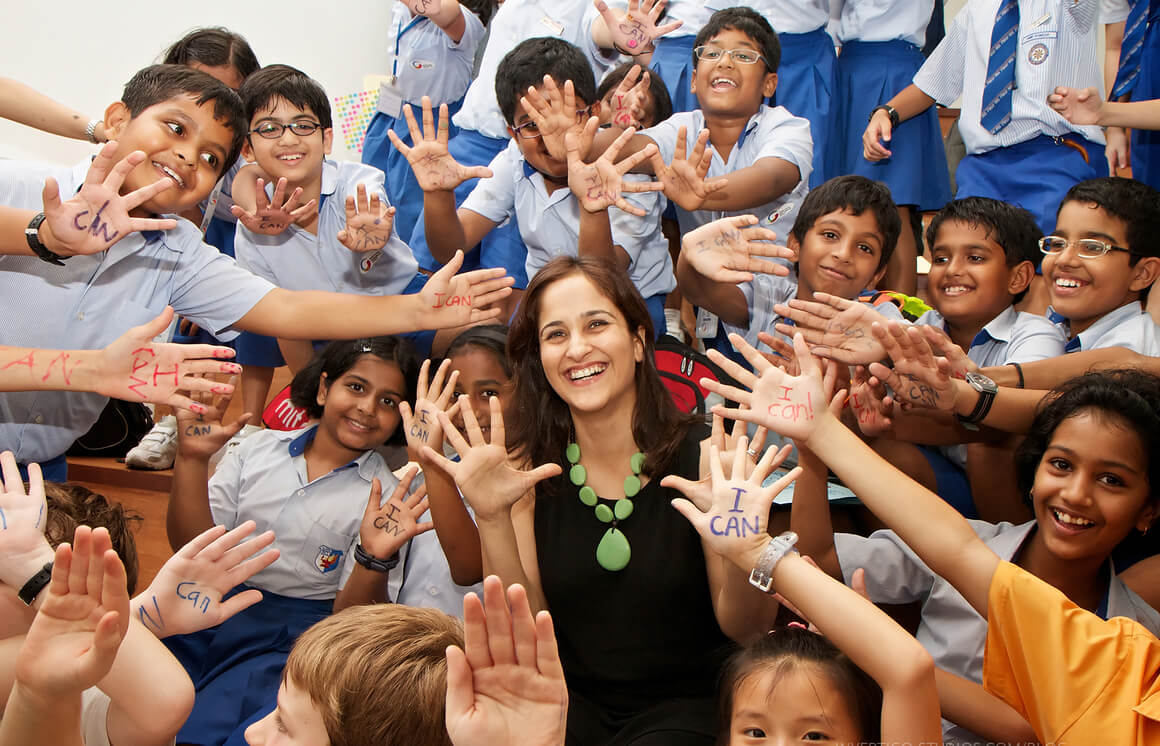 article
How one school in India spread a global movement to empower children to say “I can”
Kiran Bir Sethi, founder of Design for Change, dreamed of creating a school where empathy and creativity were central to learning. Now her strategy is being adopted in 60 countries and counting.
26.4.2022 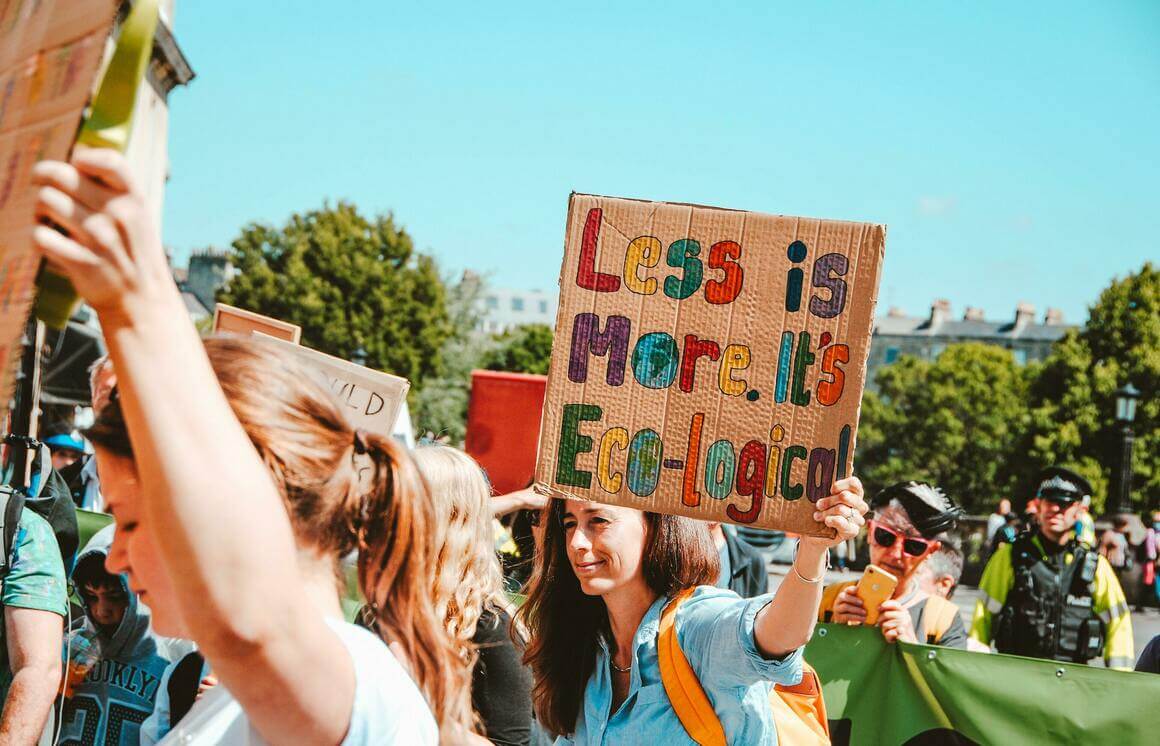