Meet the Summit Speaker, Nasima Razmyar I My job is to create stability to encourage risk-taking 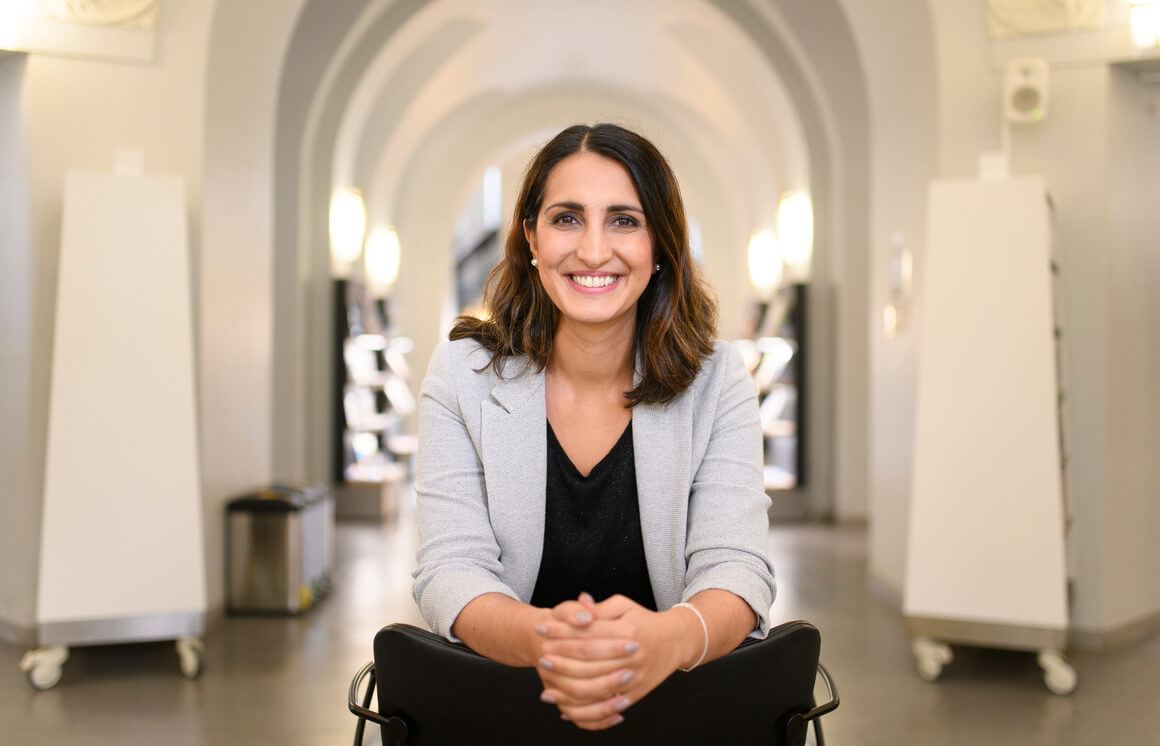 Becoming a politician and an education changemaker was something that the deputy mayor of Helsinki Nasima Razmyar thought was out of reach, until she found a platform of her own. Now she focuses on creating a stable and safe environment for young people, teachers and administrators to encourage risk-taking.

Sitting down with Deputy Mayor of the City of Helsinki, Nasima Razmyar is a breath of fresh air. She embodies everything one would hope to see in a leader - openness, honesty, transparency and warmth. Learning about her life and what led her to become who she is today, her views on risk-taking and her work to make education in the city of Helsinki more equitable lead to an inspiring conversation.

What was the moment that steered you on the path you are on today?

Deputy Mayor for Education, Nasima Razmyar, was born in Afghanistan and moved to Finland at a very young age. Her drive and motivation stems from her family and notably her father. She depicts her father as a huge supporter in her life, having had many conversations around her hopes and dreams for the future. She describes her father as a ‘great man, with a great vision’ and someone that could make Afghanistan better than what it is today - a person who champions equal opportunity for boys and girls.

‘Even between myself and my brother, I received more support as his daughter’, she jokingly admits. Knowing the sacrifices her father has made leaving Afghanistan has been the driving force since she was a child - asking herself ‘how can I make my father proud?’.

As the daughter of immigrants, the Deputy Mayor thought that becoming a politician and a Member of Parliament was out of reach. Despite roots in politics - her father was a politician in Afghanistan - Razmyar worried that the lack of connections, networks and financial means in Finland would prohibit her from having a position of power at the government level. It wasn’t until she was named the Refugee Woman of the Year in 2010, that her thinking around these limitations started to change. It was the first time she had the platform to voice her opinion on challenging topics and this received traction in the media. This led to a career-changing conversation with Jutta Urpilainen, the current European Commissioner for International Partnerships and back then the leader of the Social Democratic Party that opened new opportunities in the world of politics and government.

She sees her role in politics as a way to make “big changes and open opportunities for other immigrant girls and women”.

Do you consider yourself a risk taker?

Razmyar has shifted from a career as a politician elected to the Finnish Parliament to her current role as the Deputy Mayor for the City of Helsinki. Aligned with the theme of the HundrED Summit 2022, this has been a risk in her career that has led to new learnings and opportunities.

When asked if the Deputy Mayor considers herself a risk taker, she reflected on how she has learned from the risks she has taken. Nowadays, she uses this learning to support young people by letting them know that it is important to take risks, and that they should not be afraid of failing. “Taking a risk and failing, is never really failing, because often there is an even greater success or outcome for a perceived failure” says Razmyar.

Nowadays, the Deputy Mayor focuses more on enabling a stable environment so that risks can be taken by the young people, teachers and administrators in Helsinki. She explains that when we are thinking about the HundrED Summit, the difference between her role and the participants is the risk element - innovators are continuously taking risks whereas she views herself as bringing stability for the citizens. “As a Deputy Mayor for Education, every day you have to bring stability to people’s and children’s lives. We need to make sure that services work for the families and that all the supports are available for the citizens”.

When thinking about risk and her background, Razmyar views being a refugee a lifelong risk.

“When you have a refugee background, you feel that stability is such an important thing that you want to keep it.”

Razmyar reflects that “going through a lifelong risk, like migrating to another country, often taking challenging journeys by sea or on foot, really makes you appreciate the moment when you finally arrive in a country and get asylum after a long application process”. For some people with this kind of history, it is really difficult to take new risks. For this reason, Razmyar believes that people with an immigrant background need more support.

The future of education for the City of Helsinki

Recently, Razmyar was featured in Finland’s largest subscription newspaper, Helsingin Sanomat, for her perspective on inclusion in education. She was surprised by the level of attention her perspective received, which was that inclusion is a great idea, however it is currently not working in practice since teachers and schools do not have adequate resources to meet the needs of all their students. This sentiment has been raised as a problem by education practitioners and the Deputy Mayor took an honest approach of addressing the real challenges that arise when inclusion is mandated without proper support. She emphasizes that the challenge is not about “the idea, it is about the resources. We all understand the great meaning of the idea to include every child and every young person, but we have not been able to implement it in the right way”.

She views her responsibility as a leader to talk about these challenges loudly and not keep them hushed behind closed doors at both the school and government level. Now with budget discussions for education at the City of Helsinki, she is using her platform to ensure more resources are allocated to schools to support inclusion in the classroom, which aligns with one of her other priorities to ensure equity and equality for all students throughout the city.

Speaking with Deputy Mayor for Education, Nasima Razmyar was a true honor. We are so excited to have her involved at the HundrED Innovation Summit taking place from October 26-28. Make sure to register so you can livestream the event.