We are using cookies to give a better service experience. By using our services you agree to use cookies. Read more
Accept
Reject
search
Search
clear
/en/articles/international-summer-camp-beijing-my-experience-as-a-youth-ambassador
https://cdn.hundred.org/uploads/article/cover_image/1193/wide_file1.jpeg
article

International Summer Camp Beijing – My Experience As A Youth Ambassador

Finnish Youth Ambassador Wilma Engström shares her experience at an International Students Camp in Beijing.  Read what she has to say!

During the 14th to the 24th of July, I participated as a representative for Finland in the International Students Summer Camp in Beijing, China. There were 28 participating countries and the idea of the camp was to get to know the Chinese culture, but also get an insight in the many other different countries’ cultures. The camp was held at a High School in Beijing and all 700 students participating slept in the dorm areas on the Campus, which provided us with a more authentic view on daily life as a Chinese student.

The first couple of days was aimed at getting to know the area as well as other students. I was also the country representative for the opening ceremony, so my first couple of days was also partly spent at several practices that we had. On one occasion I was talking with the representatives from Canada, Germany, France, Switzerland and China. Out of curiosity I asked them what they thought about their school system, what they liked about it and what they thought could improve. Both the French and the German representative said they have a shortage in teachers so it’s common to have a teacher teaching a subject they haven’t studied. The French student also said that the teachers are practically untouchable, and they hardly get fired. If something happens, they simply transfer school. 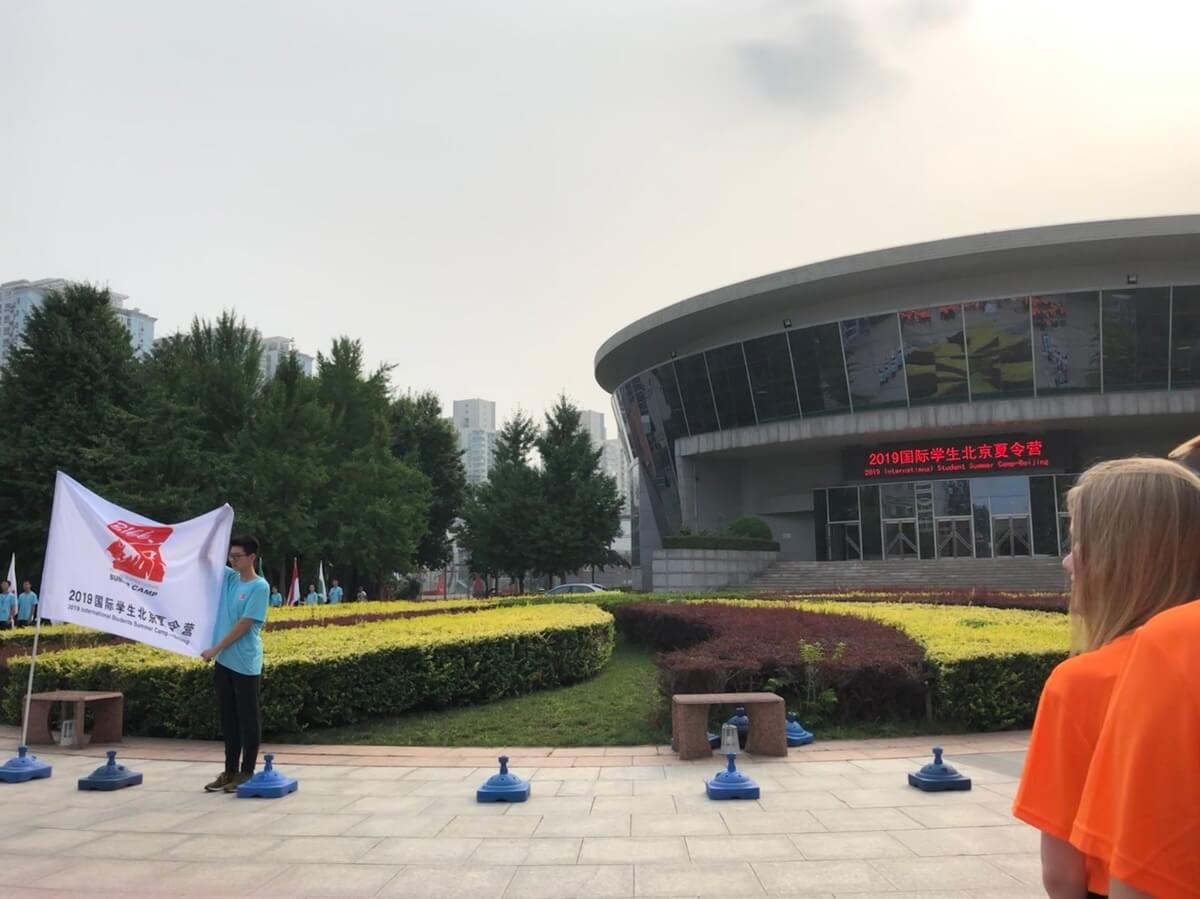 I learned that the level of difficulty varies a lot, according to the Canadian student the system they use is easy and doesn’t require you to do more than listen to lectures and do some homework. While according to the Chinese student, the school system in China is very teacher oriented, and not student oriented.  It is also stressful because they get a lot of homework. They both did however agree that there’s not enough space for asking questions and if you happen to fall behind it’s not the teacher’s problem. The Chinese student did say however, that besides working all the time, you learn from it and since Chinese students are being taught both traditional and modern things they gain a wide range of knowledge. The Swiss student said that the students can always improve their knowledge, but the professional orientation starts at 13 and that is a bit too early. The learning methods however are not adapted to the High Potential Intellectuals or other exceptions like Asperger’s or autism. Something they all agreed on was that there could be more interactive learning and learning through real life situations. 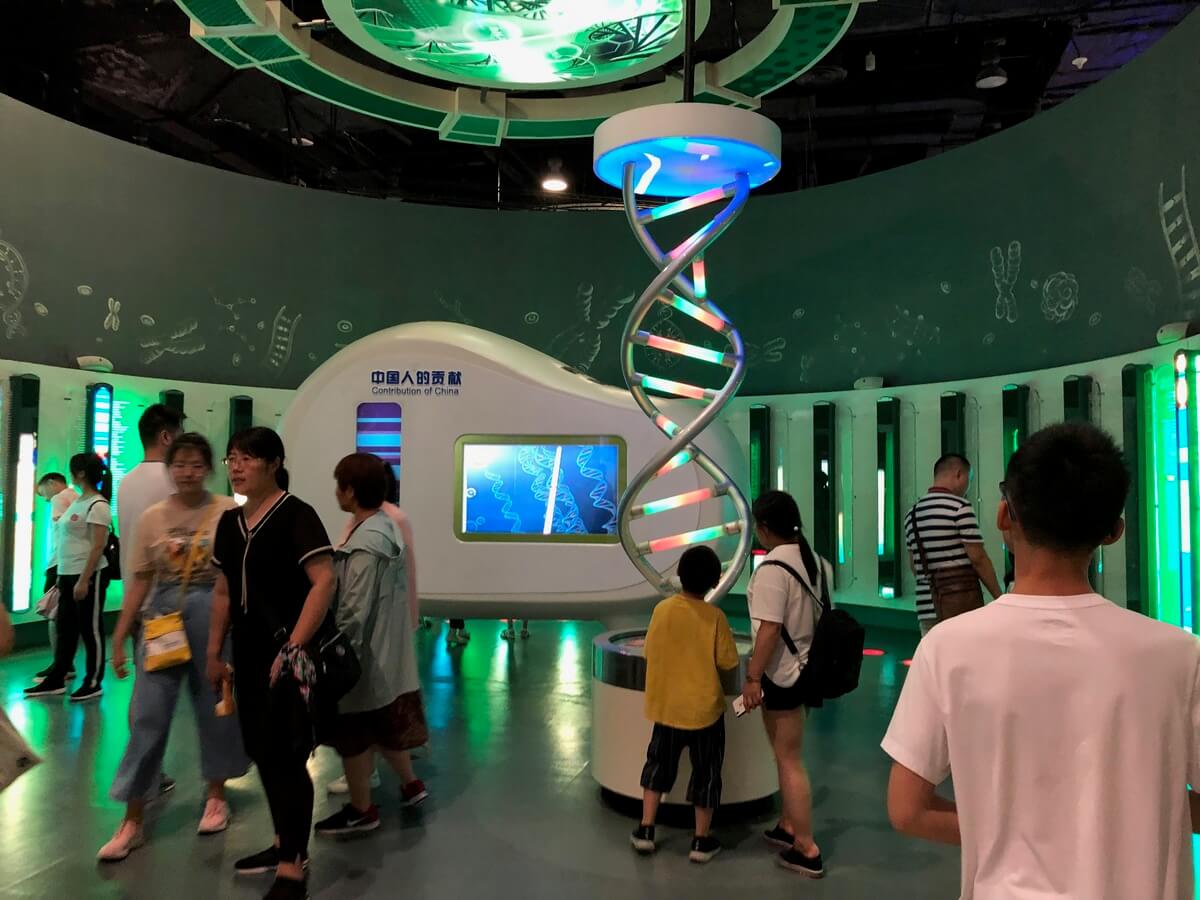 We had many wonderful opportunities to experience Chinese culture. By visits to e.g. the Capital museum as well as the Science and Technology museum, Qianmen street, the Forbidden City, The Great Wall of China and much more. This way we could get a glimpse into the ancient and rich history of China, as well as modernity and get a glimpse into the future of China. We also had two whole days dedicated to workshops that would let us learn about the old and new parts of Chinese culture by doing. The workshops that was meant to teach us about the traditional Chinese culture mostly consisted of different kinds of handywork, from learning to tie Chinese knots, Chinese calligraphy to making your own soap. The workshops that offered a more modern view of Chinese culture involved different kinds of technology, from 3D printing to making a toy car that can play football.

One of my most memorable events was the Cultural Exhibition Booth we had during the end of the camp. Every country had their own table set up around the basketball field with things that each country had in common, then you could go around from table to table learning more about all the different cultures, as well as get to know people you haven’t had the opportunity to talk to yet. That evening ended with everyone gathered in the middle of the basketball field, some people waving their countries’ flag and dancing to the music that was being played. All in all, it was an unforgettable experience and I am truly grateful that I had the opportunity to be a part of the camp!

Youth Initiative In Macedonia Gets Young People Active In Education Change
52% of students want more opportunities to voice their opinion on education. Pegasus English Languag
Jordy Angel Coldwell on Why We Need the Student Voice to Shape Personalised Learning
Jordy Angel Coldwel is the director of film Student’s Voice at HundrED; encouraging students to voic
Youth Ambassador Jordy Explores the Beauty of Play at Anji Play in China
Youth Ambassador, Jordy Angel Coldwell, recently attended the 1st True Play Conference in Anji, Zhej
RECOMMENDED FOR YOU
community interview
Sir Ken Robinson Compares Human Organisations to Organisms: Education Is A Dynamic System
Sir Ken Robinson, Ph.D. is an international educator based in Los Angeles, California. He is a world-leading speaker on topics such as creativity, innovation, and human resources in education and busi
Collaborative Learning Communication Compassion Educator Agency Flipped Classroom Real World Learning School Leadership Self-esteem Student Voice and Agency
View
article
Nature vs Tech - The Battle For The New Classroom
Why do we still force children to sit in rows facing the whiteboard, when few of us believe this actually stimulates learning? Part of this could be due to our belief that learning should be serious w
Nature Sustainability
View
article
Campus 2016 : from Pulled Oats™ to Donald Trump
This year Campus was hosted in Finland’s largest movie theater auditorium, where 700 teachers came together to hear about the latest innovations and research into educational methods from across Finla
Gamification Professional Development Robotics Sustainability
View
article
It's Time to Assess Assessment
A recent study in the UK revealed that when children, in low performing categories, receive cash or prize rewards for good marks in their GCSEs they perform much better in key subjects such as maths a
Assessment
View
Load more