We are using cookies to give a better service experience. By using our services you agree to use cookies. Read more
Accept
Reject
search
Search
clear
/en/articles/innovating-educational-innovation-introducing-beginner-s-mind-into-the-classroom
https://cdn.hundred.org/uploads/article/cover_image/1663/wide_pexels-mart-production-8471912.jpg
article

There’s a phrase in Buddhism called ‘beginner’s mind’. It is wonderful to have a beginner’s mind.” Those are the words of Steve Jobs when speaking to conference attendees about the creative process that buttressed what we would call “his creative genius”. But, what exactly is beginner’s mind? And, what might its role be in education?

Among his many commentaries on education, Einstein is often remembered for summing it all up succinctly as,

"Education is that which remains if one has forgotten everything he learned in school."

In the mind of the man who gave us the great equation, education is not about learned subjects; it is about the human subject. It is the sum of formative moments in a school child’s life; moments when not just the mind is instructed, but the whole human self is instructed and inspired. It is when the left brain leans on the right brain; when inquiry and innovative thinking are prized rather than compliance and conformity.

As much as we long for Einstein’s goals for the individual student, it appears that all too often schools continue to answer to their own institutionalized goals. Standardized tests overshadow activities that promote the potential of the child. Countless lessons imparting information leave less and less time for igniting the imagination. And so it goes, and the question persists:

What makes some education, in the words of Einstein, “that which remains”?

In answering this question not just for myself, but for my colleagues as well, I began several years ago to publish essays that captured learning moments I was exposed to as a student and that “remained” with me over the years. I was stirred on by one colleague, a relatively new teacher, to keep producing these essays so she could “know what to do next week, and how to do it.” I ultimately compiled the essays into a newly-released book titled Beginner’s Mind, which strives to answer the question:

How do we want teachers to teach, inspire, and guide our children?

Significantly, the compiled classroom scenarios recounted in Beginner’s Mind do not come from my own teaching history, but rather from a fourth-grade classroom on the south side of Boston–Room 20 in Johnson Public Elementary School. This was a learning space where Einstein would have to say education was happening and happening in a profound way under the loving watch of a remarkable fourth-grade teacher. The teaching techniques honed in my 30 years of teaching–particularly, my award-winning techniques–had their genesis in Room 20.

While graduate degrees in literature and teaching from Harvard and Brown University furnished me with a license to go forward and teach, it was an unforgettable fourth-grade teacher named Catherine Arthur Dunning, (Miss D to her students), who gifted me and a generation of ten-year-olds the license to truly become learners – and yes, even teachers. And she did it almost magically by sustaining a classroom filled with an abundance of beginner’s mind.

What is a beginner’s mind and why should we want it in our classrooms?

Regardless of age – whether we are students in an elementary school or scientists in the industries–the beginner’s mind is one that approaches challenges with an openness, innocent of preconceptions and expectations; it is a mind unaffected by previously-established judgements or prejudices. It is the backdrop to innovation.

An astute astronomer and colleague of mine notes how important it is in the sciences to look at nature with an open mind, without preconceived notions and biases. The history of science is full of examples of this: Pasteur constantly warned of the "tyranny of preconceived ideas" and his British contemporary, T. H. Huxley (Darwin’s advocate) advised his readers to

"Sit down before fact as a little child, be prepared to give up every preconceived notion, follow humbly and to whatever abysses nature leads, or you shall learn nothing."

Steve Jobs, co-founder of Apple Computer, is quoted as saying, “There’s a phrase in Buddhism called beginner’s mind. It’s wonderful to have a beginner’s mind.” Jobs routinely championed the concept of a beginner’s mind as the pioneering force behind his ability to imagine the exquisite technologies that the Apple brand is known for. Marc Benioff, Chair and CEO of Salesforce, a leading pioneer in cloud computing, also champions the benefits of beginner’s mind. Both of these tech giants embody this Zen practice in action, where the imagination is undeterred by the naysayers and “experts.” Put succinctly by the Buddhist monk Shunryū Suzuki:

Miss D, the teacher at the centre of the book, Beginner’s Mind, shepherded her students and even urged them to shed their attachments to the status quo and to their somewhat preordained destinies. Virtually every child in her fourth-grade class had fathers and grandfathers who worked at the massive shipyard that overshadowed their town. Virtually every one of them naturally imagined a similar future for themselves–if not specifically working at the shipyard, then certainly living a life in step with the shipyard’s world view.

In creating a classroom culture that accommodated–indeed, prized–the beginner’s mind, Miss D liberated her students to detach from scripted, future lives that did not recognize the uniqueness of each of her young students. The results were instantly apparent. What had previously looked like learning activities separate from our lives, now became inquiry-guided learning at its best–where the questions started, not with the year-end test, but with the wonderings of a collective of thirty-two complex and inquisitive ten-year-olds.

To accommodate the concept of the beginner’s mind in the classroom is to personalize the learning experience–to foster the kind of formative experiences that Einstein recognized as unforgettable. While its application in the classroom manifests itself in subtle and profound ways that the book Beginner’s Mind exposes, listed below are just a few examples of its impact on the roles of teachers and students.

Robert Frost, one of the most self-reflective of teachers, said of himself, “I am not a teacher, but an awakener.” The classroom that cultivates the beginner’s mind is one where the teacher awakens in each and every child a promise and potential, which after years of socialization and years of moving up through the grades in school, may be a potential that the child has abandoned or lost sight of–unattended talents or forgotten dreams–what Miss D referred to as “un-watered seeds.”

The classroom that cultivates the beginner’s mind is one where hyperkinetic students are not routinely medicated but are guided into finding creative channels for their energies. These were the students Miss D referred to as “the busy people” and to whom she granted freedom of movement that in earlier grades was customarily reigned in. The classroom that makes room for the beginner’s mind values industry over orderliness, self-realization over unnatural self-control.

The classroom that cultivates the beginner’s mind is one where the students fashion their own identities. Sadly, students move up through the grades with overtures they acquired in previous grades–their “institutional” identities: I am one of the “good students” or one of the “bad students.” In Room 20, the first Monday of each month was “Moving Day”, a day when students were given the opportunity to physically and spiritually re-identify themselves. The classroom that cultivates the beginner’s mind invites teachers to re-understand learning obstacles as opportunities for recalibrating.

I would close by noting that it is difficult, if not impossible, to define a beginner’s mind pedagogically. The goal and purpose of the collection of stories in Beginner’s Mind is rather to show the concept to readers, to show day-to-day classroom vignettes that they can actually experience, so that they can feel its gentle rain for themselves.

M.B. McLatchey is a widely published poet and writer with a lifelong passion for literature, philosophy, and ancient and modern languages. M.B. is a graduate of Harvard University with over 30 years of college teaching. She is currently Professor of Humanities at Embry-Riddle Aeronautical University, Poet Laureate of Florida's Volusia County, Arts & Wellness Ambassador for the Atlantic Center for the Arts, and most recently, U.S. Ambassador to HundrED. She has received numerous writing awards, including the 2011 American Poet Prize, the 2012 Robert Frost Award, and the Penelope Niven Award for her educational memoir, Beginner’s Mind. Her poetry was also nominated for the 2020 Pushcart. M.B. has received numerous academic and teaching awards including the Harvard University Danforth Prize, the Harvard/Radcliffe Prize for Literary Scholarship, the Brown University Elmer Smith Award, and the ERAU Distinguished Teaching in Humanities Award. Visit her at: www.mbmclatchey.com 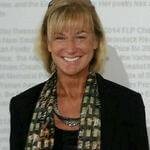 M.B. McLatchey
United States
“Education is that which remains if one has forgotten everything he learned in school.”
Media

8 Essential Elements That Help Transform Kids’ Health & Wellbeing
There’s no exact, magic formula that can be applied to make all people healthy, unfortunately. But i
New Project is Looking for Solutions Scaling Social and Emotional Learning Programs Globally
The reduction of social interaction, physical activity, & play caused by the COIVD-19 pandemic has d
4 ‘musts’ for increasing children’s social and emotional capabilities globally
We invited Stephanie M. Jones, professor and director of EASEL Lab at Harvard Graduate School of Edu
5 Key Actions for Overcoming Resistance to Education Reform
A cross-country investigation to uncover a “secret sauce” for implementing sustainable education ref
The Key to Helping Children Thrive in School, the Workplace, and Life - Social & Emotional Skills
How can we increase social and emotional skills in children throughout the globe in a systematic way
RECOMMENDED FOR YOU
article
Uncovering a Hidden Crisis: Safety Among Education Officials, Teachers and Students
According to a 2018 UNICEF report, 720 million school-age children live in countries where they are not fully protected by law from corporal punishment in schools. Still, more live in countries where
Compassion Educator Agency Leadership Education Mental Health Mindfulness Professional Development School Leadership
View
article
The Creative Writing Edit: 3 Ways To Get Kids Writing
Want to get every student excited about writing, no matter their literacy skills? We've found three ways to increase student motivation and invigorate literacy lessons!
Creative Thinking Critical Thinking Gamification Literacy
View
article
Teacher Leadership in the Aftermath of the Pandemic: The Now, The Dance, The Transformation
The COVID-19 pandemic has exposed gross inequities in public education systems, and the power of teacher networks and leadership from, by, and for teachers. In this article authors, Barnett Barry, Arm
Crisis Education Education Events Education Policy Educator Agency Leadership Education Online Learning Online Teaching Parents and Caregivers School Leadership Whole-School Models
View
play_circle_outlined community article
Creativity Matters: Systems That Enhance Children’s Creativity
The Creativity Matters series by the LEGO Foundation aims to highlight not just why creativity matters, but how education systems can best adapt and reimagine learning to equip today’s and tomorrow’s
Collaborative Learning Communication Community Partnerships Creative Thinking Critical Thinking
View
Load more