How Can We Make Education A Rich Experience For Everyone - Not Just The Privileged? 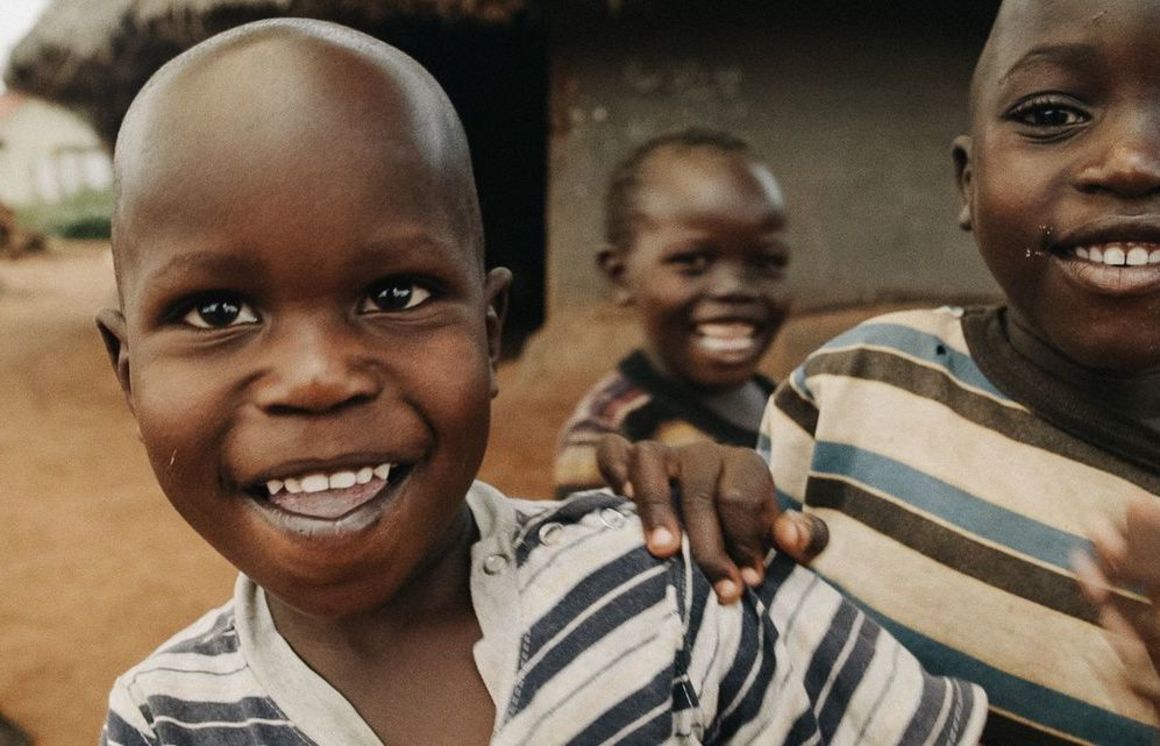 Education conversations tend to be split – there's the conversation about schools in the Silicon Valleys of the world where innovative education takes place. Then there's mass education which is just about getting-by. These two conversations don't have to be separate though. In fact, Speed School just goes to prove that rich education really can be for the masses too.

In that one short explanation, Baron boiled down one of the biggest issues of our time – the fact that we are quickly becoming once more a polarized global society between those who have and the ones who do not, with the middle ground and the opportunities to improve our social standing disappearing. This is even being felt in education where the holistic schools of the future cater for students only in the upper middle classes, with the rest of society’s schools overstretched and simply focused on doing what they can with their limited resources.

Too often the two different conversations are kept at arm’s length from each other, they couldn’t possibly co-exist or – heaven forbid – compliment and collaborate with each other. Not only does this point of view add to the already increasing gap between the very wealthy and privileged and the rest of the world, but it simply is a ridiculous argument for limiting millions, if not billions, of children’s potential.

There are 250 million children in the world who still don’t have access to education and fail to learn the basics of reading and writing. There is hope though. In terms of human history, mass education is a relatively new phenomena and already most people in the world have access to some form of education. Therefore, there is a very real hope that we can reach this last chunk of humanity within the next few decades. However, we shouldn’t just settle for getting these children to learn how to read and write, they deserve more than that! We should challenge ourselves to bring them a quality education that rivals that of their wealthier counterparts.

"
By taking the aspects of these classrooms and adapting them to a different context we see how innovation can truly spread and how education for the masses can be just as rich as education for the privileged.
"

Afterall, the two need not be exclusive, as Baron explains, ‘So often when we have that conversation on educating the masses our mind narrows, our imagination shrinks, and the only solution we can really imagine to bring education to the most vulnerable children is a watered down, sterile, simplified form of education: scripted learning and instruction, narrow approaches, worksheets. These two approaches need to become one. These breakthrough innovations found in the richest corners of the world is not at odds with bringing education to the last ¼ billion children in the world. In fact, quite the opposite.’

It is dangerous to keep these two conversations separate and actually, as Baron’s work goes on to prove, they don’t have to be isolated from each other at all. This is precisely why Baron’s organisation Luminos exists. Their work is focused on reaching the last 250 million children in the world but they won’t settle for just providing a basic education. Luminos’ goal ‘is to find the innovative compelling new approaches across the developing world for reaching some of the children who are hardest to reach with education.’ Baron explains that they ‘refine, test and scale up those innovations and then help carry them across borders.’

Collaboration is key to providing solutions to the world’s greatest challenges and education is no exception. Baron worked with Geneva Global, a philanthropic advisory firm that incubate and create new inventive models to serve the developing world, and helped Luminos by refining and scaling the Speed School model. Seeing the outcomes of Speed School shows that when we collaborate and team up people with passion, expertise and innovative ideas, we really can be the change we want to see in the world.

The children Speed School reaches are kept out of school because of poverty, conflict or discrimination. Speed School was created to give these children a critical second-chance at education, where three years of national curriculum are taught in just one year. This enables children to then re-enter mainstream education in their local village with children their own age, ensuring that the hardships they’ve had to endure over their lifetime doesn’t deter their future prospects. 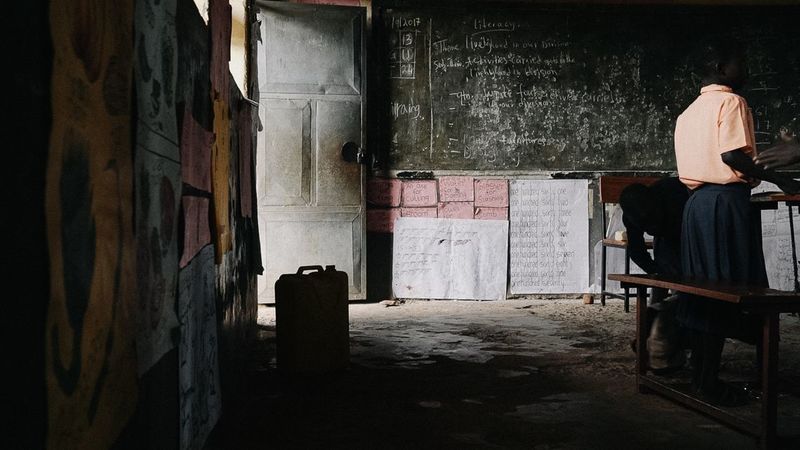 A typical Speed School Classroom's only source of light is usually through a doorway or window.

It’s easy to assume that innovation couldn’t possibly occur in these Speed School classrooms which are often a simple mud hut, where the only light comes through a window or doorway. However, innovation can be found all over the world – not just in the wealthiest corners. Baron explains that it all comes down to having ‘extraordinary students’ and ‘incredibly dedicated teachers’. The teachers come from the local community and although they don’t have the qualifications to be a formal teacher, they have the passion for reaching the neediest children in their communities and a commitment to learn a fundamentally different approach to teaching and learning.

Most children in Speed School are around ten or eleven years old and have never been in a formal school setting before. Although this may at first sound like a huge challenge, it is actually a momentous opportunity to get learning done right.

So how do you teach children who have never been to school, with minimal resources and with teachers who aren’t qualified?

Baron explains, ‘First and foremost it has to be fun. And so we take a very holistic approach to the pedagogy we’ve developed. Children learn at their desks with a chalk and a board, one-on-one or in groups with peers. They work with manipulatives, they work with song, they work with dance. They work with resources of the community that they’re based in and a select number of outside resources such as books and creative materials that we provide.

It’s a very simple setting but the learning is incredibly rich. We provide an intensive curriculum and have about double the teach-time than a typical African school. We provide a really personalized approach to learning with a maximum of 25 pupils in a class – half of a normal African class. We also take a creative approach of not just teaching them the core-curriculum but how to learn going forward.’

Personalization, creativity and teaching children how to learn – not just what to learn – are concepts that are present in the finest most exclusive schools in the world and are often terms cited in any education wish list. It is therefore no surprise that the pedagogy for Speed School was inspired by the most child-centred classrooms in the most well-to-do areas of the globe. By taking the aspects of these classrooms and adapting them to a different context we see how innovation can truly spread and how education for the masses can be just as rich as education for the privileged.

It also goes to prove that some of the best practices in education don’t require large budgets or money but simply a change in approach – which is something that can be done anywhere in the world! The key elements of the Speed School approach such as personalization and teaching children how to learn can be implemented in your classroom too.

It’s important to re-emphasize that in order for innovation to successfully spread, customization is key. It’s useless to just copy and paste the same approach everywhere, there are of course the key foundations which relate to humans no matter where or who they are, but local factors cannot and should not be ignored.

"
It’s important to re-emphasize that in order for innovation to successfully spread, customization is key.
"

As Baron explains, ‘the pedagogy itself (for Speed School) was developed in context, in Ethiopia, taking unique advantage of the assets and the challenges in that environment. As we’ve grown and scaled the programme it’s certainly had to be modified over time. The core elements of the pedagogy are always the same: the focus on child learning, the extended day, the intimate connection between teachers and children. But all myriad of exterior things have changed - how we engage parents, the setting in which it happens, the kind of schools children transition into.

Those customizations for context are as critical to the success of the programme as the original core pedagogy is. Fundamentally what we’ve found in our work in Speed School is that carbon copies don’t work - in education or in anything else. But we do believe there is a huge amount of opportunity to share innovation across borders. We don’t believe in replication, but we do believe in inspiration.’

Mass education can be a disheartening place, so it’s vital we turn to the stories that show that it really is possible to provide a solid and inspiring education to those at every level of society, not just the privileged. The Speed School model has enabled a hundred thousand children to get a second-chance at education across Africa. It’s a statement that bears repeating – a hundred thousand children now have a brighter future as they’ve been given a second chance at education after falling out of it due to their unfortunate circumstances.

Baron’s work goes to show that we can really create an education movement that benefits everyone, and as she says, it’s all about inspiration, not replication. We need to take the aspects that are working elsewhere and adapt them for our classrooms, so that children all over the world get the education they need to thrive.

Watch Caitlin Baron's Summit address in full below or head to Speed School's project page to find out more about their inspirational work and how you can adapt it for your classroom. 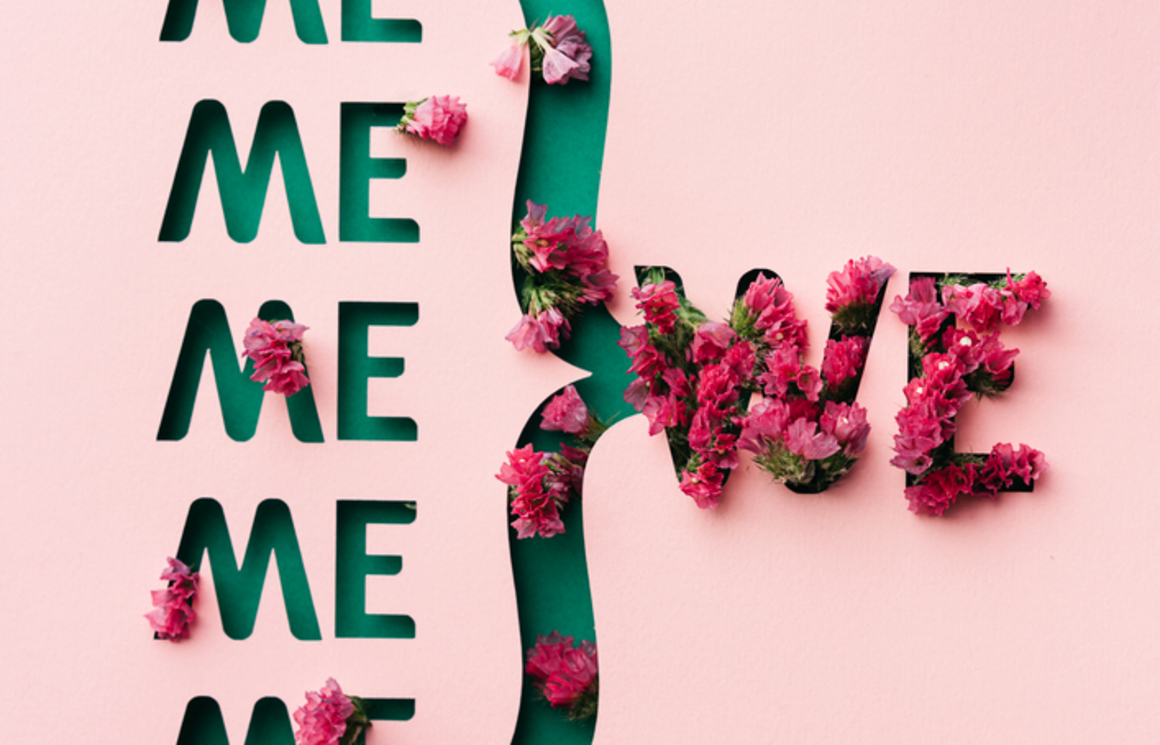 article
All Together Now... How Collaboration Is Shaping Education From The Ground Up
Working together to bring change seems obvious. So why, in many school systems around the world, isn’t this a reality? We need to shift our education's focus away from competition towards collaboratio
6.9.2017 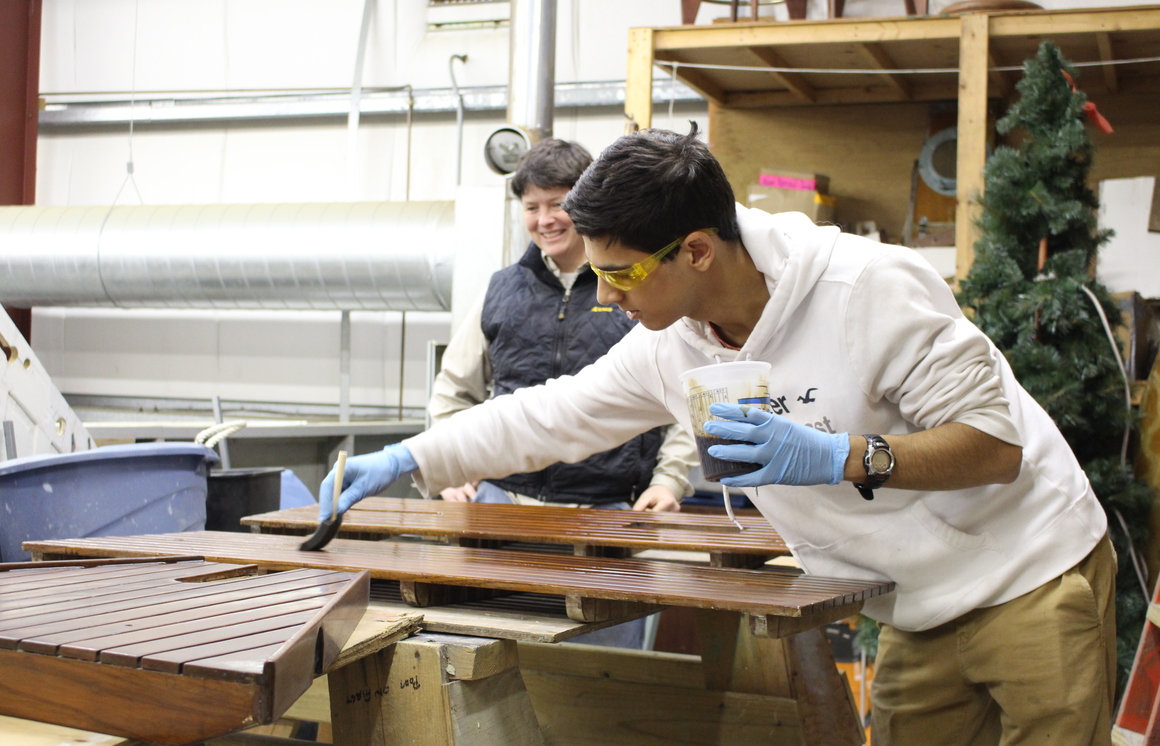