We are using cookies to give a better service experience. By using our services you agree to use cookies. Read more
Accept
Reject
search
Search
clear
/en/articles/3-the-london-sustainability-project-set-to-spread-across-europe-s-schools
https://cdn.hundred.org/uploads/article/cover_image/1070/wide_Sustainability_project_copy.jpg
article

The London Sustainability Project Set To Spread Across Europe’s Schools

Where to start with sustainability. The issues surrounding our planet are complex and vast, and it seems like every part of our lives negatively contributes to Earth’s wellbeing. So how should we start to approach this subject in schools, when there’s so much to learn and so many avenues to consider? One London-based project has found a way to make sustainability education accessible and engaging through a powerful yet simple solution.

Food waste. It’s something we can easily relate to as we all occasionally buy too many groceries, yet surely it’s the smallest of climate change’s problems? Few of us realize the impact that food waste has on the planet because we all assume it simply decomposes once we’re done with it. Unfortunately, food that’s sent to landfills doesn’t have the conditions it needs to decompose properly and ends up releasing harmful gases into the Earth’s atmosphere. In London alone, 910,000 tonnes of food is thrown away, of which 640,000 tonnes could have been eaten. This waste isn’t just environmentally damaging but it also costs families up to £70 per month in unused groceries. 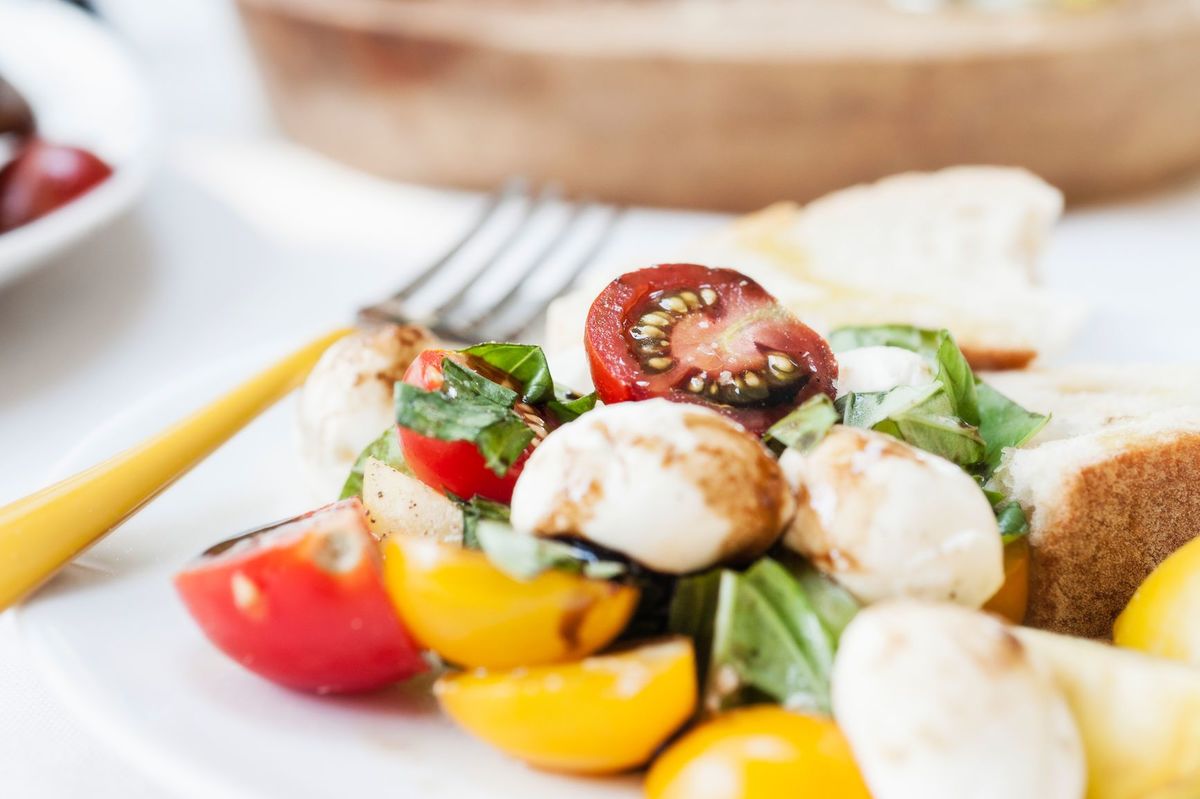 Approaching sustainability through the avenue of food waste is, therefore, a nifty solution to opening up the discussion with small children, as it can create a big impact whilst keeping it simple and relevant to their own lives. That is the idea behind Small Change, Big Difference, a programme that works to curb London’s food waste problem.

Groundwork London delivers the initiative’s educational arm, partnering with schools to educate children on the issues of food waste. The programme is currently active in twenty-four schools across the city. Centering the conversation on food helps to expose children to new avenues within sustainability. This helps children to begin grasping the different elements contributing to climate change as Danielle Johnson, Community Manager at Groundwork London, explains, ‘Through the workshops, we’ve found that children are already aware of sustainability issues such as plastic, however, are not yet aware of food waste as a sustainability issue.’

Reframing the discussion to focus on food is vital in order to establish routines that children will carry with them throughout the rest of their lives, as Johnson continues, ‘By educating children at a young age we are hopefully fostering positive eating habits that will become the norm as the children get older.’

The programme, specially designed with teachers to be aligned to school curriculums, activates learning by turning students into ‘food waste warriors’ who monitor the food waste happening in their own schools and report back on where changes can be made to prevent it from continuing. They also attend workshops and organize a whole school campaign day to share what they’ve learned with their community to help make a larger difference.

‘When devising the workshops we worked with a panel of teachers to ensure the content was cross-curricular and in-line with current pedagogies, and therefore relevant to what the pupils were already learning,’ explains Johnson. ‘The pupils utilize maths skills when we compare the weekly school food waste audit; they learn about science through discovering that food waste produces methane which is a harmful greenhouse gas, and they utilize their English skills when creating campaign posters for their whole school campaign day.’

For sustainability education to be truly effective, as we all need it to be in order to shift our cultural mindset into one that considers our actions and their effect on the planet, we need to make sure that we communicate sustainability in an engaging, relevant way to pupils. Food waste makes the conversation relevant for children, but it's the programme’s campaign day that really activates the school children.

‘To make pupils feel actively involved in their learning they are given a chance to make decisions about the school campaign day, giving them ownership of the campaign,’ explains Johnson. ‘Each school is given a choice between a variety of campaign day approaches which involve hosting an event for the whole school including parents, pupils, teachers, and kitchen staff. The pupils are given autonomy to make decisions about the events, including who to invite, where they should take place and what activities to run to share their learning with the wider school community. The campaign days are pupil-led with each pupil running activities on the day.’

Past campaign days have included ‘smoothie bikes’ where pupils made smoothies from bruised and wonky fruit to give out at the school gates, crowdsourcing a leftovers recipe book from parents at the school, and launching a community fridge where surplus food is offered to parents and pupils for free. ‘Each school receives a £500 budget to spend on their campaign day and a team of Small Change, Big Difference staff are on hand to manage logistics on the day,’ says Johnson.

The official impact on the pupils, parents, and teachers gathered from surveys, focus groups and food diaries will be shared in a few months time. Even without the official data, it’s clear that the programme has already had a big impact as Johnson explains, ‘We have observed positive responses, with pupils going over and above in their learning. Some schools even created their own songs about the campaign and performed them in assemblies and in the school playground. It’s had a big impact at home too. Through the home-school books we give out, pupils have completed exercises with their parents and so are teaching their parents what they have learned in school. Many parents have ordered food caddies and started recycling their food waste off the back of the workshops. It also had a knock-on effect in the school canteen with some kitchen staff amending their meal planning and reducing their food order following the school food waste audit results.’

The project has been so successful in its pilot stages in London, that it’s scaling across Europe. The Small Change, Big Difference initiative has been confirmed that it will be in another eleven cities including Barcelona, Brussels, Dublin, Milan and Oslo in the near future. To make sure the ideas spread even further, the lesson plans from the pilot projects in the twenty-four schools involved will be made available online later this year, so that any school can try it out where they are.

It’s easy to become overwhelmed by climate change and the issue of updating education to include the topics we desperately need our young people to be educated on. However, there are brilliant examples happening all around the world that are managing to do this successfully and it really needn’t be that complicated. By focusing on small steps that are relevant to children’s lives right now, rather than overwhelming them with the apocalyptic future threatening our existence, we can begin to cultivate mindsets that naturally think about the impact of our actions on the planet. Through these channels, we can truly instigate small changes that make a big difference and perhaps ignite a brighter future for us all.

Visit the Small Change, Big Difference website to find out how to get involved and to pick up tips and recipe inspiration – or check out the short documentary below to see the project in action as part of HundrED’s Spotlight on Sustainability in 2018! https://www.youtube.com/watch?v=TQ6BTLRdOxI

Small Change Big Difference is funded by the LIFE programme of the European Commission, the programme is delivered by project partners WRAP, the London Waste and Recycling Board (LWARB) and Groundwork London.

RECOMMENDED FOR YOU
article
Empathy is the Future Trend in Education
The return to a divided world has made people question why there has been a shift in popular mood towards intolerance, with many pointing to a lack of quality education as to why people have xenophobi
Compassion
View
article
Campus 2016 : from Pulled Oats™ to Donald Trump
This year Campus was hosted in Finland’s largest movie theater auditorium, where 700 teachers came together to hear about the latest innovations and research into educational methods from across Finla
Gamification Professional Development Robotics Sustainability
View
article
The Evolving Role of the Teacher
Gone are the days of only the elite being able to access information, now it takes roughly a second to google anything you want to know. What does this mean for teachers?
Professional Development Student-Led
View
article
A Very Global View on Education: What We Learnt
It was clear the ability to understand and communicate on a global level struck both the panel and the audience, and was a key topic of conversation over the course of the evening. People now have to
Compassion
View
Load more